Philip Roth is no longer writing books, but that doesn’t mean he has started tweeting–despite the fact that a Twitter feed proporting to be the novelist duped journalists over the Christmas holiday. Well, the line at Chinese restaurants last night was very long.

“I join Twitter today. It’s easy…” @PhilipRothOffic tweeted on Christmas Eve. The account followed various reporters at The New York Times and The New Yorker, as well as other publications with “New York” in the title (including our own). Some responded by wondering if Mr. Roth’s appearance on Twitter did, in fact, herald the end of days. Fellow novelist Salman Rushdie, remained skeptical. “Until there’s a little blue tick by his name I will not believe it,” tweeted Mr. Rushdie.

“Thanks for the follow. I’m a fan,” tweeted Times public editor Margaret Sullivan.

Edward Champion, managing editor of Reluctant Habits, became skeptical when he noticed that there was a Philip Roth Twitter feed and that the tweet in question didn’t seem up to Mr. Roth’s usual quality. Mr. Champion attributed some of the widespread suspension of disbelief to trusted sources–including Ms. Sullivan–validating the account.

“The real Philip Roth–yes, him–would have it known that he has NO twitter account, and it is MOST unlikely he ever shall,” Mr. Bailey tweeted yesterday.

Who knew that the job of an official biographer extended to quashing Twitter rumors?

After finding out that it was a fake Twitter account, Ms. Sullivan responded, via Twitter, today: “Thanks to those who (ever so gently) pointed out that I mistook a fake Philip Roth account for the real thing. Guilty as charged.” “Not much of a story really: it’s a fake Philip Roth twitter account,” Mr. Bailey explained in an email to the Observer this morning. “Mr. Roth himself is not at all sure what Twitter is, and in any case (as he emailed me yesterday) would rather people not go around impersonating him–outside his novels anyway.”

The whole incident does remind us an awful lot of the plot of Operation Shylock. And now, the fake Twitter account is even threatening to start writing. “I will post here a very short story, titled ‘140’. Soon,” tweeted @PhilipRothOffic. Maybe this incident will be enough for Mr. Roth to come out of retirement. But don’t expect to see the novelist on Twitter. Ever. 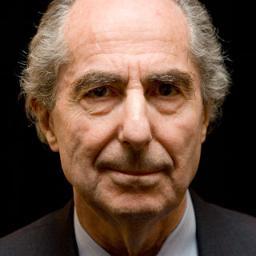