SoundCloud Busts Out Of Beta At this point, SoundCloud is basically the audio version of YouTube. A private-beta version of the site launched earlier this year called Next and the newest version integrates a bunch of those social features that the company hopes will help its users discover new music. “From today, ‘Next’ is now simply SoundCloud,” said Alexander Ljung, founder and CEO of SoundCloud in a press release sent to Betabeat. “It’s a platform for people to discover new, original music and audio, for creators to build audiences, and for everyone to share what they hear whether online or on mobile.”

The company claims that users now post over 10 hours of music and audio every minute while reaching over 180 million people. That’s a staggering 8% of the entire internet population, every month. On December 6th, mobile users will be able to enjoy reposts, updated mobile search, and UX updates on both iOS and Android SoundCloud apps.

Birds Do It, Bees Do It Online dating site HowAboutWe is now partnering with AARP to launch a new dating site for 50+ adults. Although millenials might find it the concept hard to swallow, it has potential to be one of the biggest sites out of HowAboutWe’s 32 partnered sites. The 50+ demographic is a huge growing dating demographic because of a huge increase in the divorce rate for people over 50. Hey, everybody needs some love!

Remember, Remember, The Facebook Of Last December Timehop, the app that reminds you of all the social media memories you made in your not-so-distant past, has a bunch of updates dropping in its latest update. You can now share pictures from your camera roll in your Timehop feed. First Foursquare checkins are now integrated into your memories too. Just when everyone forgot you were once mayor of Tom and Jerry’s…

You Must Be This Rich To Ride Free Valet, the travel membership site that offers you rewards and guides for $199 a year, told Betabeat over email that it’s now in more than 52 cities and more than 100 hotels. They’ve offering free rides to the airport until February 1st for members staying at any of their New York hotels. The deal is also being offered to New York members who are on their way to stay at a Valet site somewhere else.

We Like To (Watch Them) Move It Move It Yesterday, Unpakt, the site that lets you compare movers, kicked off its “Innovators on the Move” series. It features tech entrepreneurs reflecting on recent moves in their lives. The first video in the series features the wedding planning tool, Lover.ly, founder Kellee Khalil. Lover.ly is moving into a brand new New York office and the video chronicles the move.

Innovators on the Move: Kellee from Unpakt on Vimeo.

Etsy Goes Full Mobile Etsy has officially released an Android version of its mobile app, after last week’s launch of the company’s iPad app. In a press release sent to Betabeat, Etsy said that nearly a quarter of its mobile web visitors come from Android devices all over the world. To celebrate the occasion, you should buy yourself this Android mascot cookie jar.

Big Money To Nice People Google is trying hard to tip the scales more toward good than evil. The company has just launched the Global Impact Awards, which honors nonprofits using technology to tackle problems. The inaugural recipients include a $5 million gift to charity: water, a $5 million prize to Donors Choose, and $2.4 million to Givedirectly, a much younger company than the others.

Lose That Basic Black Jackthreads and designer Adam Gianotti have just released the new collection of their line, Viveshirt. The team has also just put their fall collection from their line Goodale on sale. There’s a lot of French terry in both collections and some perfect pieces for that “fancy hoodie” look.

Tweeters Be Shopping Some of those absymal Black Friday stats may be misleading. While IBM reported that 0.34 percent of all online sales over Thanksgiving weekend came from social sites, Jirafe, an ecommerce analytics platform found much higher numbers. Using their unique analytics, the company found that 1.27 percent of sales come from social sites like Facebook and Twitter. A key difference between their analytics is that Jirafe looks at the social media profiles of shoppers. Say for instance a customer buys a product after clicking through from a tweet featuring a new deal. Jirafe can track this data while IBM only looks at ads.

Consumer Cash Flow Consmr, a mobile app that provides ratings and reviews for products, announced earlier this week that it has secured $565,000 in seed funding. The round was led by Lerer Ventures with participation from IA Ventures and MESA+. In a press release sent to Betabeat, CEO Ryan Charles said, “Consmr is well positioned to mobilize the wisdom of the crowds and extend it to everyday product decisions.” 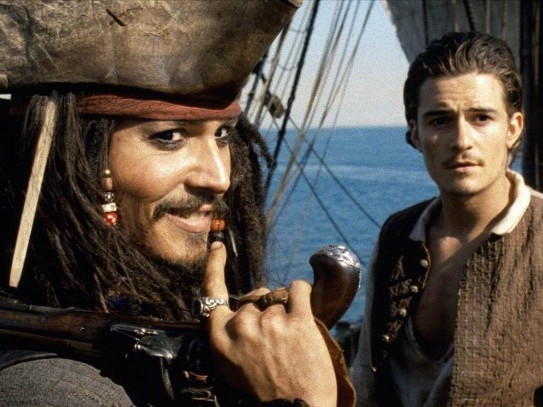