Against the backdrop of Newark Mayor Cory Booker’s examination of his future statewide plans, U.S. Rep. Frank Pallone (D-6) is reaching out to Democratic Party chairs to remind them that in the event of an eventual U.S. Senate opening, he remains interested.

Booker has repeatedly said he is looking at his own potential to run for either governor or senator, and Democrats expect him to reach a decision before the end of the week.

Routinely in touch with Democratic Party power centers, Pallone is a regular attendee of county committee events in Hudson, Essex, Bergen and Passaic counties, among others.

Three sources confirmed that Pallone – at the top of the Senate mix for a decade among New Jersey’s congressional delegation – this week reiterated to county chairs that he still has the U.S. Senate in his sights.

Party sources say that in the event of octogenarian U.S. Sen. Frank Lautenberg’s (D-NJ) retirement, Booker could bigfoot Pallone with his fundraising capacity. But Pallone has built party relationships in key places and established a record of legislative accomplishment that the congressman feels should count toward party goodwill, sources say.

One northern county Democratic source said given Pallone’s engagement, Booker would have an easier time running for governor than fighting a battle with the congressman to succeed Lautenberg.

Regional Democrats have also publicly acknowledged, however, that they selfishly prefer Booker to run for governor this year to help their down-ballot candidates who without a strong gubernatorial fixture at the top of the ticket, could get pounded.

There is no indication that Pallone is interested in running for governor, sources say. 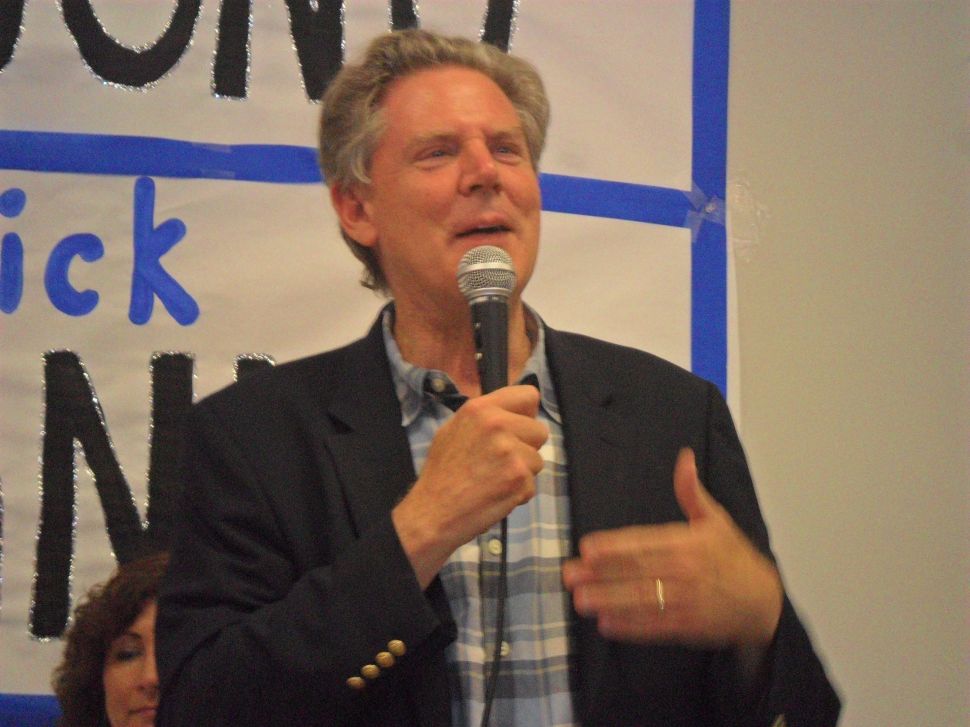