Bergen County Democratic Committee Chairman Lou Stellato said he is undeterred by Newark Mayor Cory Booker’s announcement today that he won’t run for governor, and turned to the field of other possibilities.

“They’re all viable,” Stellato told PolitickerNJ.com. “(Former Governor) Dick Codey has very good ratings, Barbara Buono is a tenacious campaigner and lights up a room when she enters. Steve Sweeney never said no to me. He comes up to Bergen County every time I ask. Lou Greenwald is terrific.”

Of the bunch, only state Sen. Buono is a declared Democratic Party candidate for governor.

“Every one of them has excellent Democratic principles,” said Stellato, who last week personally received Booker’s assurance that he would have the backs of the Northern state party chairs.

“What he meant and what he said was that he would be an integral cog in our wheel, raise money and come to any and all events, that he would be a good Democrat from Oakland to Cape May and he reminded me that he (is from Bergen),” the Bergen chairman said.

Stellato has worried about the absence of a strong top of the ticket 2013 candidate for governor, but today said he feels there are still viable candidates in the mix.

Is he disappointed Booker didn’t run for governor?

“He definitely is a superstar,” Stellato said. “He raises money like its his job. Look, I think he’s very senatorial. There will be race for Senate in 2014. In the meantime we have a huge election next November. Let’s focus on that.” 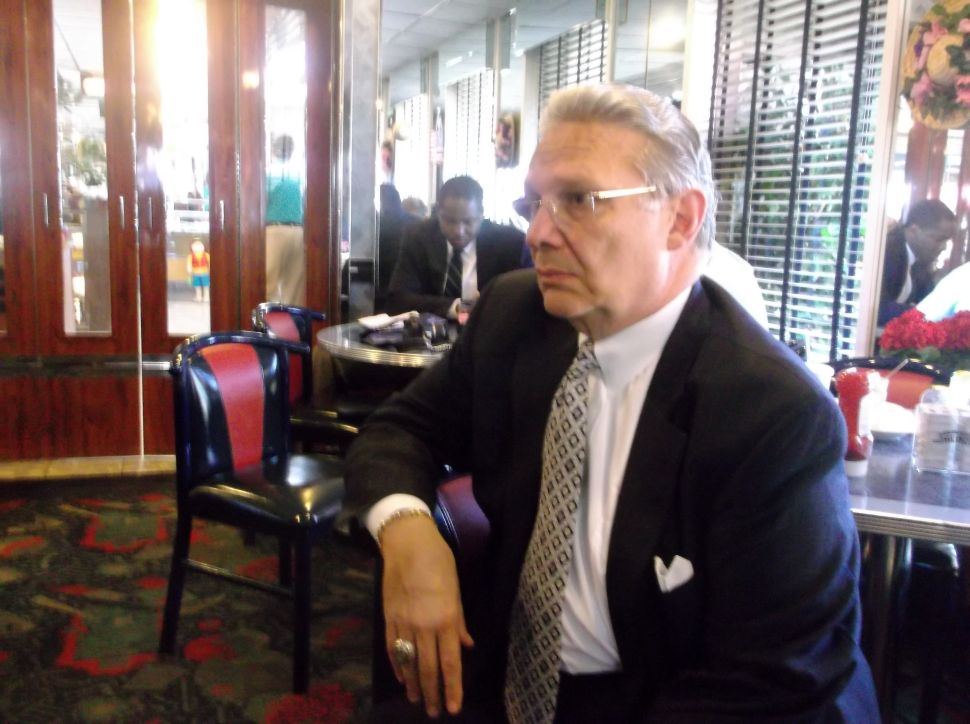