“I am hopeful that the Senate Judiciary Committee will give these two deeply distinguished nominees a prompt and timely hearing,” said O’Toole. “New Jersey deserves to have a full and constitutional complement of Supreme Court justices. I look forward to the vetting process; I hope it to be fair and without the stench of poltics.”

After Democrats rejected Kwon, O’Toole, like the tossed nominee a Korean American, likened the hearing to a public lynching.

In building up the current nominees, state Senate Minority Leader Tom Kean (R-21) sounded a similar note of disappointment over how the last hearings.

“Governor Christie has once again put forward a pair of thoughtful nominations to the New Jersey Supreme Court. Both Judge Bauman and President Hanna have extremely impressive professional and legal backgrounds, and both received unanimous approval by the Senate to their current positions, a testament to the impressive nature of their qualifications,” he said. “David and Bob have received extensive praise in the past by the same Democrats who will soon consider their nominations to the Supreme Court. I sincerely hope that past praise is a sign that Democrats are ready to give these qualified individuals a fair hearing, something that that previous nominees were unfortunately denied for purely partisan purposes.” 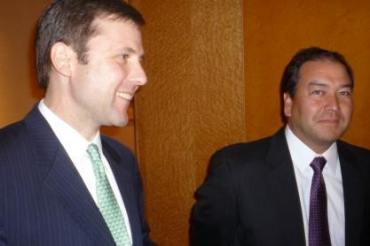