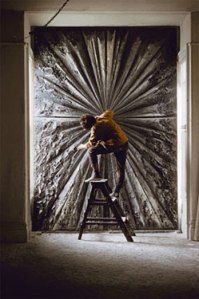 The Whitney Museum today announced details of the Jay DeFeo retrospective it will mount in February, 2013. The show will have almost 150 work spanning DeFeo’s four-decade career, among them will be The Rose, which took eight years to complete and weighs about 2,000 pounds.

“DeFeo remains an artist whose full career has not yet received the careful consideration that it deserves,” Dana Miller, the exhibition’s curator, said in a statement. “In presenting her entire career, this retrospective demonstrates the captivating sweep of DeFeo’s heterogeneous work and illuminates her groundbreaking experimentation and extraordinary vision.”