Assemblyman John Wisniewski announced today he will not seek the Democratic nomination for governor.

The state party chairman had long been rumored to be interested in a run for governor, but said in a release issued Saturday that after speaking to friends, family and supporters decided it is not his time.

“The decision has not been an easy one, but after much discussion with supporters, friends and family, I have come to the conclusion that it is not the right time for me to pursue a statewide campaign for full-time public office, and that my obligations to my family and business should take precedence,” Wisniewski said.

He will pursue re-election to the Assembly, Wisniewski said.

“I will, however, seek to remain in public office by seeking re-election to the New Jersey General Assembly, so that I can continue the fight on behalf of New Jersey’s middle-class families and in support of issues I consider important to the future of our state,” he said.

Wisniewski is the first potential candidate to make a firm decision on the race and several Democrtats remain on the fence.  Democrats are anxiously awaiting the decision of Newark Mayor Cory Booker, who many feel gives the party its best chance to unseat Gov. Chris Christie. 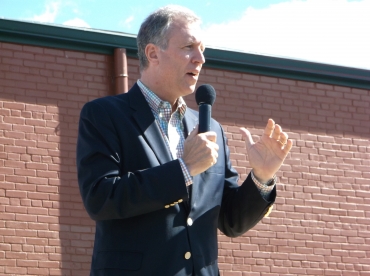