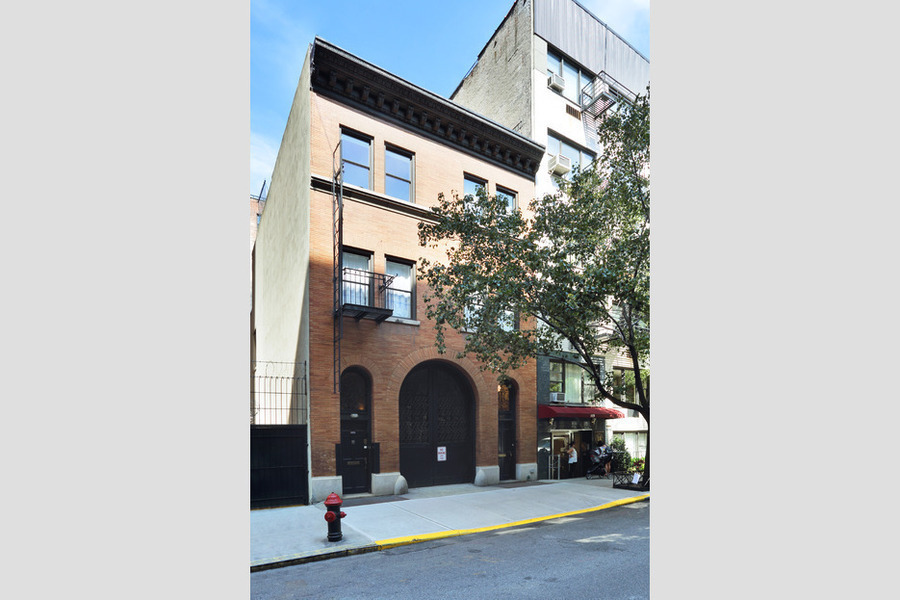 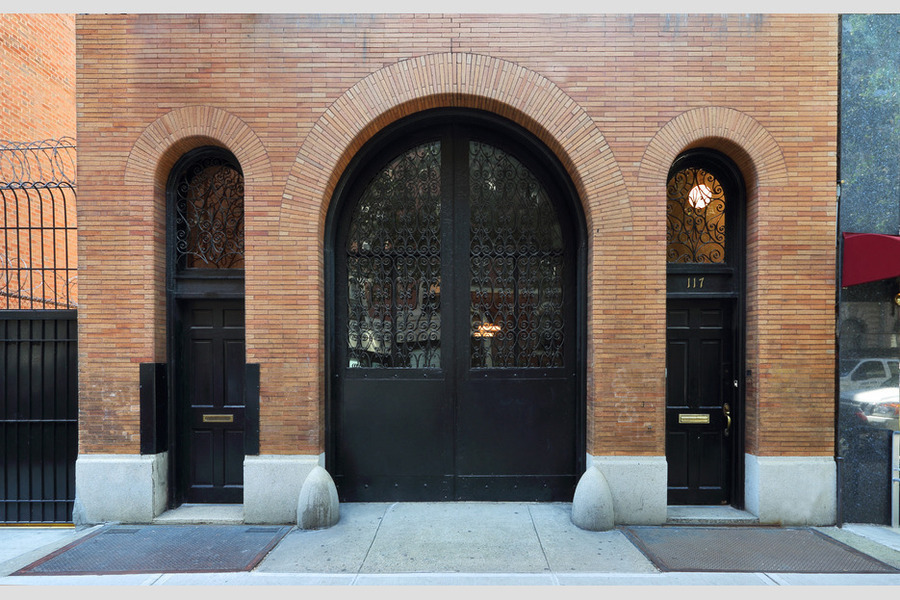 Although on closer examination, you can tell there are no horses stabled here. 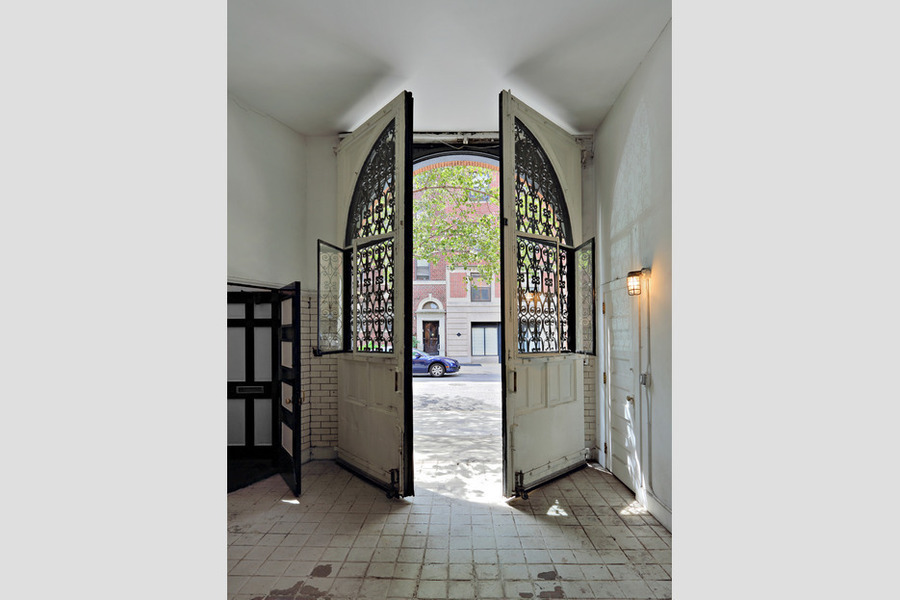 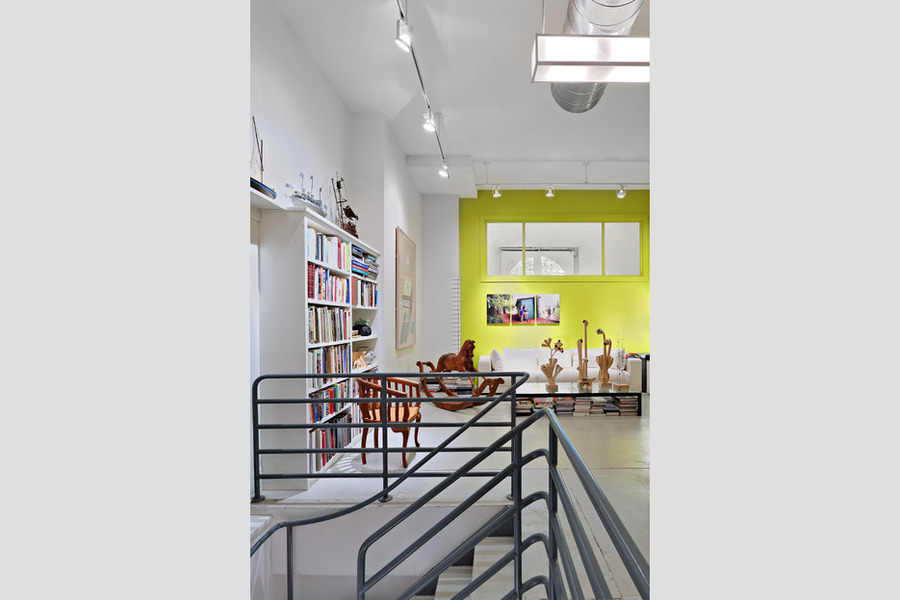 Some of the space is configured in a more modern arrangement.
Advertisement 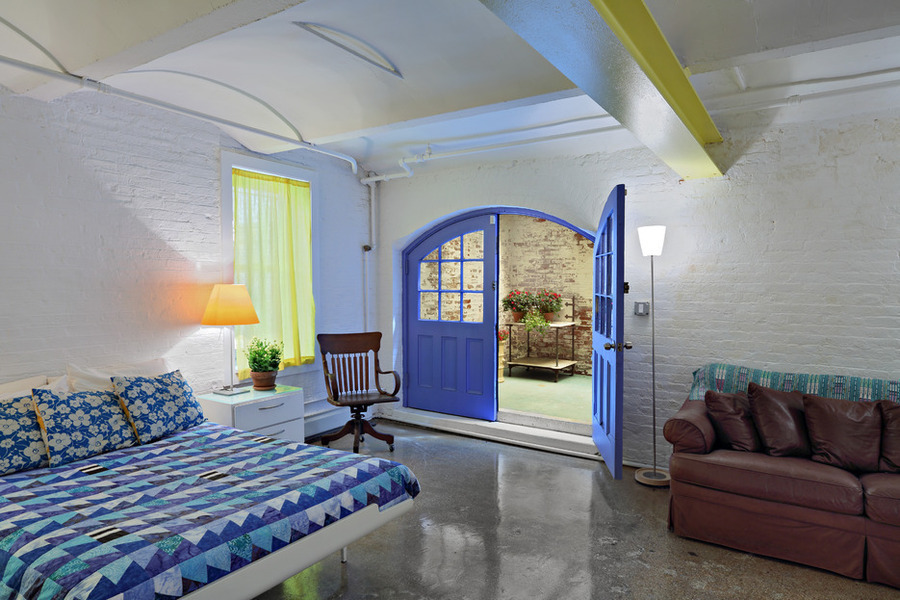 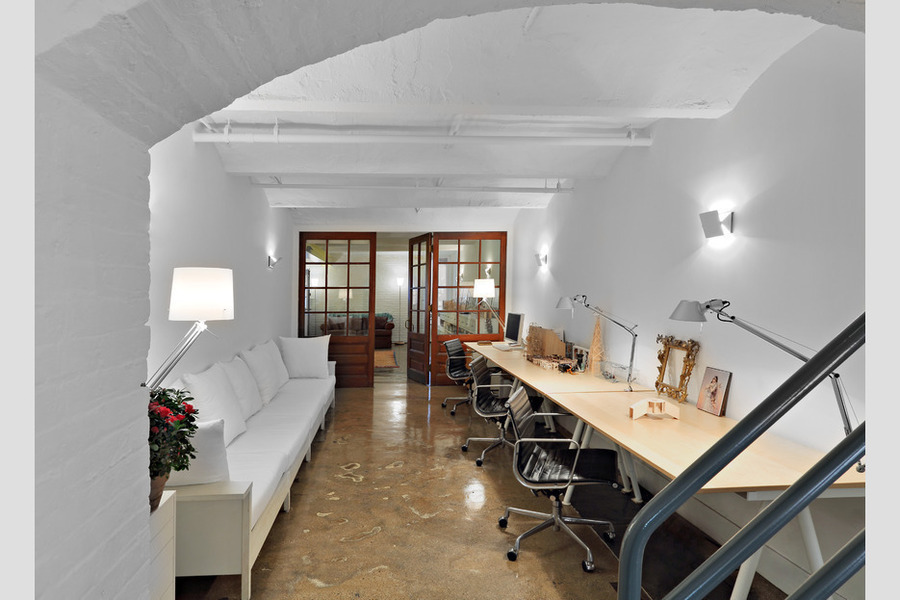 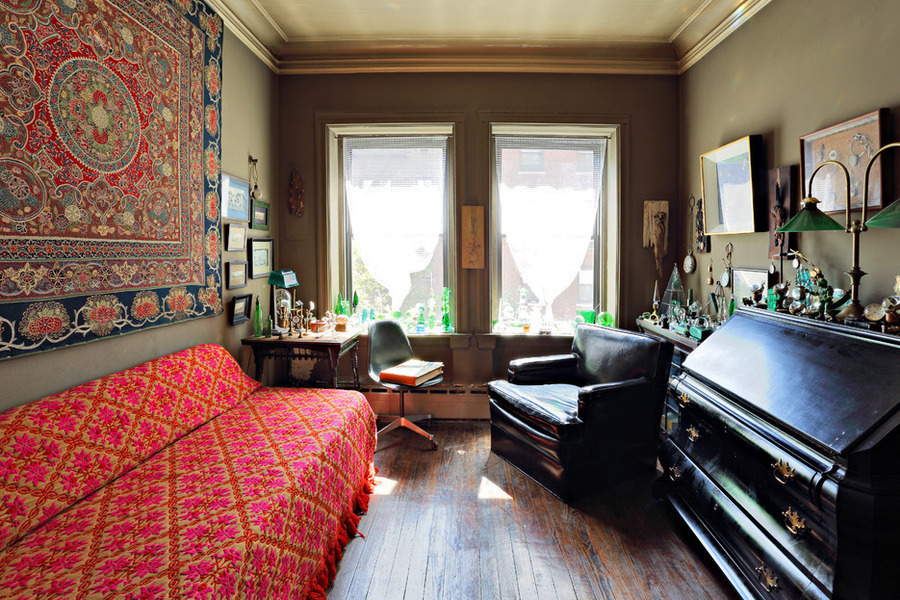 We really hope that they don't renovate it too much.
Advertisement 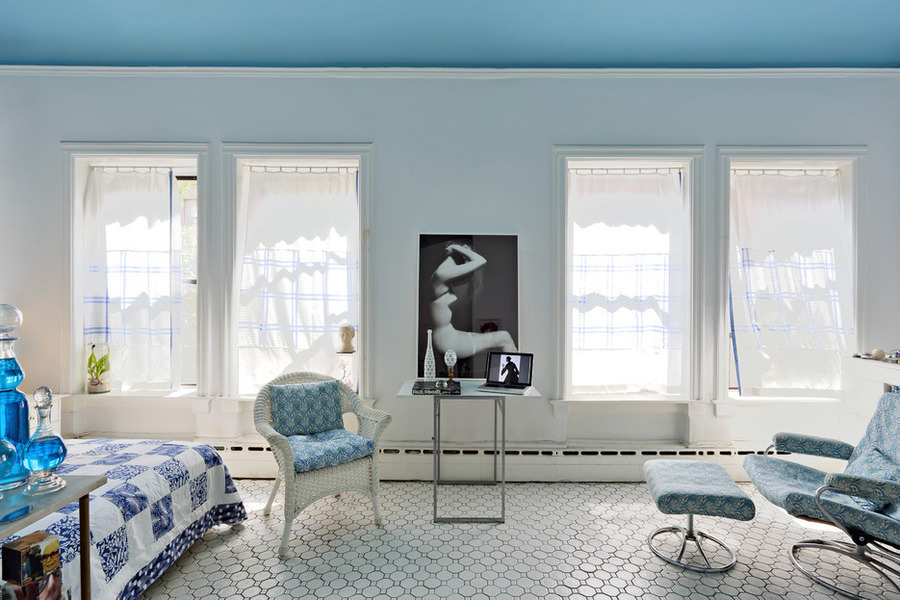 Or change the perfect shade of blue on the ceiling. 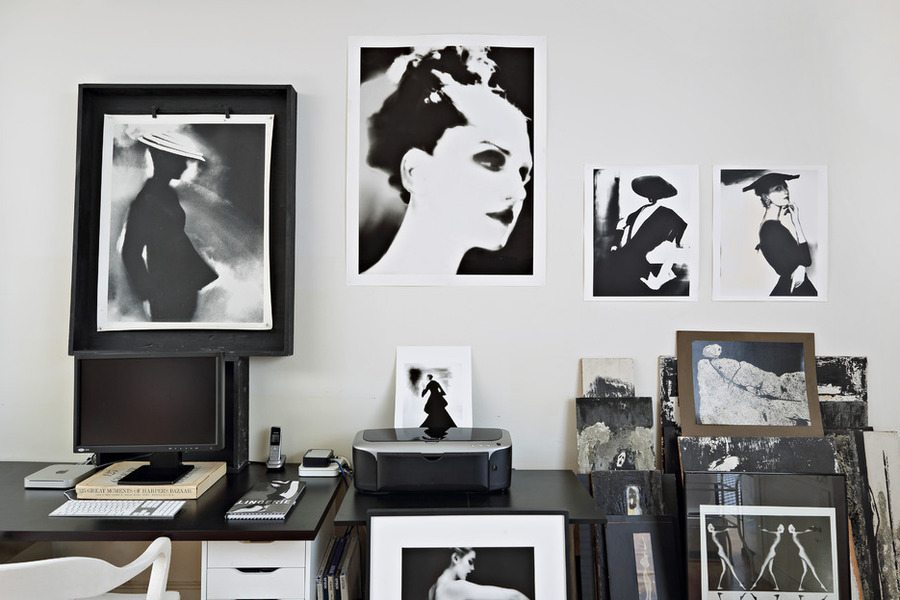 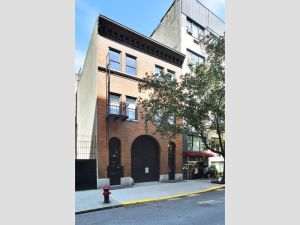 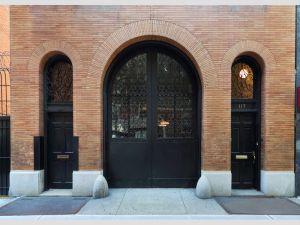 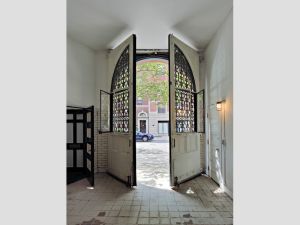 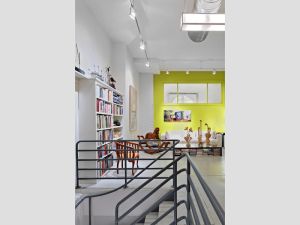 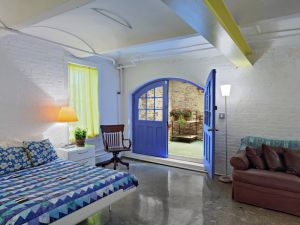 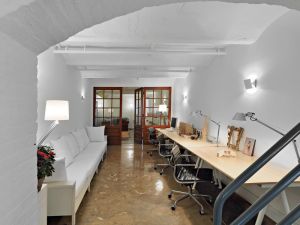 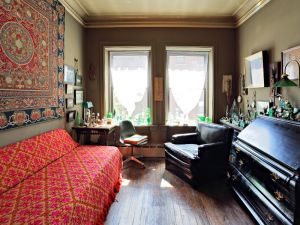 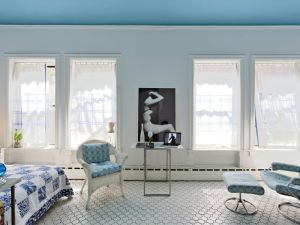 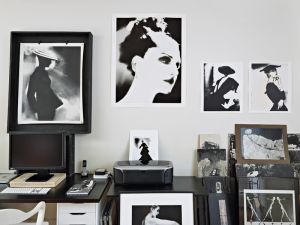 With all of its stiff upper lips and even stiffer hairdos, it can be hard to remember that the Upper East Side has long been a haunt of artists. To wit: Andy Warhol, Richard Avedon and Lillian Bassman.

Now, it’s still a popular space for working artists, but they had better be amazingly successful working artists if they hope to buy a studio/living space in the neighborhood. The carriage house and studio of fine art and fashion photographer Lillian Bass, who died last February at age 94, has sold in less than a month for its full $14.9 million asking price.

It’s a pity that the buyers of 117 East 83rd Street, developer David Edelstein and wife Sarah, won’t be carrying on the artistic traditions of the charming carriage house, which has served as a studio for Bassman and her late documentary photographer husband Paul Himmel, since 1959. Painter Helen Frankenthaler also worked there for 15 years.

But, hey, Richard Prince, who is building a mini artistic empire on East 78th Street, can only buy so many houses each year. And the space, located between Park and Lexington, is hardly an example of another starving artist’s aerie sold to a wealthy developer. Bassman still used the 5,ooo square foot space as a studio until she died, but she experienced considerable commercial success in her lifetime, a success reflected in several beautifully renovated rooms.

The carriage house is 25-feet wide, with 13-feet windows and an open facade on the West Side, allowing for that rarity in townhouses: windows on the side. But the Edelsteins didn’t quibble with the asking price: the property went into contract almost immediately after hitting the market in early December. (It also spent a week on the market in September before it was pulled temporarily.)

The price, Mr. Henckels noted, at around $3,000 per square foot, is basically unheard of for an unrenovated townhouse. The new owners, he said, were planning to convert it to a single family home.  By comparison, the Avedon townhouse on East 75th Street is only asking $1,474 per square foot (the total price tag is $12.5 million). And it’s had two renovations in the last decade!

Will the Edelsteins renovate and move on, as they’ve done before—their last flip of a townhouse on 122 East 70th Street was so impressive it could put Olympic gymnast Gabby Douglas to shame. After buying the townhouse for $12 million in 2010 (to the horror of the neighbors), they sold it for $21.45 million. Or could they finally be playing for keeps?