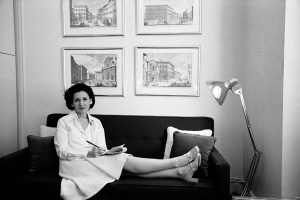 The Getty has acquired the archives of Ada Louise Huxtable, the first full-time architecture critic at a major American newspaper, who died on Monday at the age of 91.

For years, Huxtable was the architecture critic for The New York Times and after that, and up until her death, for The Wall Street Journal. Along with her papers, Huxtable donated her entire estate to the Getty, including her New York apartment, according to the Los Angeles Times.

The Getty also received the papers of her husband, L. Garth Huxtable, as part of the deal, which was finalized last month.