Senator Schumer was able to put his own New York-centric spin on today’s festivities in his capacity as chairman of the Joint Congressional Committee on Inaugural Ceremonies. However, Mr. Yamali doesn’t feel Mr. Schumer went far enough to honor his home state and is holding a press conference tomorrow to “formally rebuke” the senator for not having Long Island duck at the inaugural meal at the Capitol Building.

“Long Island is known throughout the world for its duck–and even has a minor league baseball team called ‘The Ducks,'” the statement said.

In addition to featuring the chorus from Staten Island’s P.S. 22 and the Brooklyn Tabernacle Choir at the swearing in ceremony, Mr. Schumer stocked the menu at the inaugural lunch with items from the Empire State including water from Saratoga Springs Water Company, two New York wines and a Hudson Valley apple pie. Mr. Schumer also wanted to serve Long Island duck, but he said the dish was not up to snuff.

“The duck was very good, but the preparation wasn’t great. We settled on South Dakota bison,” Mr. Schumer told the New York Times. “When New York gets good bison, we’ll have that.”

Mr. Yamali clearly doesn’t think Mr. Schumer should get to duck his responsibility to Long Island so easily. The statement announcing his press conference tomorrow said he was “angered” by the “inaugural insult” and plans to “speak out” against the senator giving Long Island “the bird.”

“Of all the things to be left off Chuck Schumer’s New York-inspired Inauguration menu, he should not have removed the duck,” the statement said.

This isn’t the first time Mr. Yamali has brought a culinary perspective to political issues. Back in August, he appeared on Fox Business to discuss President Barack Obama’s infamous “you didn’t build that” remark as the owner of a small catering company.

Politicker reached out to Mr. Schumer’s office to see if they had any response to Mr. Yamali’s duck-fueled rage. As of this writing, we have not received a response. 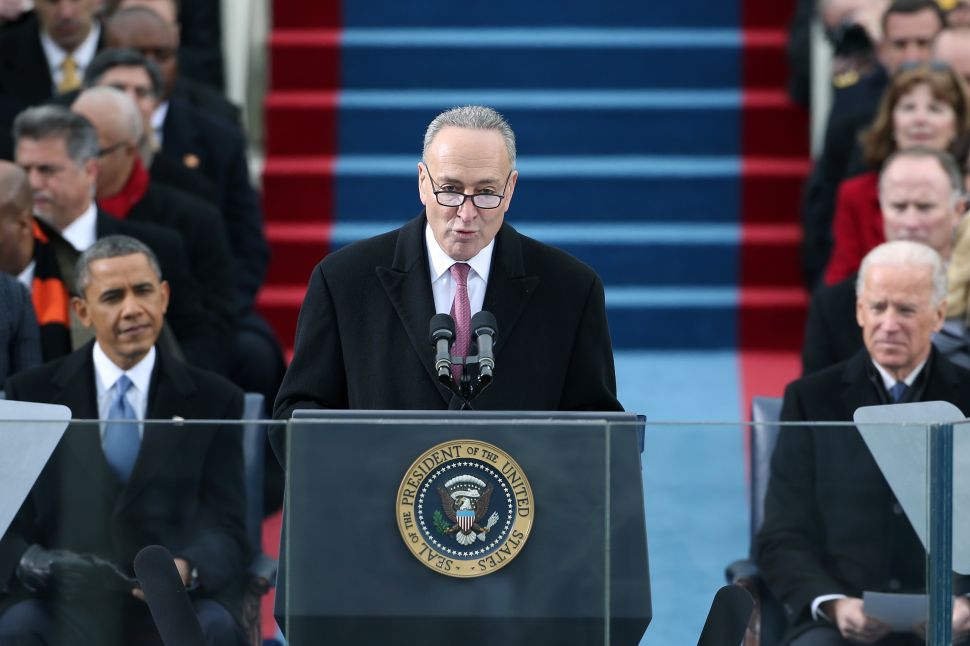