This is a guest post from Gary Sharma (aka “The Guy with the Red Tie”), founder and CEO of GarysGuide and proud owner of a whole bunch of black suits, white shirts and, at last count, over 40 red ties. You can reach him at gary [at] garysguide.com.

Sooooo…it’s that time of the year again. SXSW (a.k.a. Spring Break for Geeks) is right around the corner, running March 8 to 12 in Austin, Texas. And you know what that means: Parties, parties ‘n more parties!! 🙂 So, once again, we’re putting together what we hope will be THE definitive guide to all this year’s SXSW Interactive parties. We’ll be updating this list regularly, so check back often. And email me if you’re organizing an event or a party.

So if you can’t make it down to Austin this year but still wanna get the word out about your amazing startup / company / firm / service / app / project, you can do so. How, you ask? Well, by sponsoring my Red Tie of course, and covering it in your company’s awesome logo stickers and giving me your company’s elevator pitch. If you’re interested, shoot me an email at gary@garysguide.com for more details.

In the meantime, here’s my blog post / highlights from last year’s SXSW to give you a little taste of what to expect.

FYI, next week is probably the most exclusive hackathon of the year. Google’s Project Glass will be holding a two-day hackathon (February 1 to 2) in New York City that’ll allow developers to get an early look at Glass so they can start developing for the platform. Google engineers will be on site to help at any point in the process, and developers will have the opportunity to show off what they’ve been working on.

So, how to score an invite: Your guess is as good as mine! If you were one of the smart ones who shelled out $1,500 for the early access to Google Glass you’re on the list. Or you could try pinging Googler Aygul Zagidullina and hope you get lucky! Well, for those of you who don’t make it, here’s a pic of Sergey Brin sporting his Google Glasses on the subway.

In other news, the NYC EDC is partnering with the Lawrence Field Center for Entrepreneurship at Baruch College to create Competition THRIVE, and they’re seeking original, innovative strategies and programs that help immigrant entrepreneurs succeed in business. In Round 1, $25,000 will be awarded to five semi-finalists to pilot their program and create a business plan. And in Round 2, $100,000 will be awarded to one grand prize winner to further scale their program. Submission period is February 1 to March 7. For more information, check out the website or email competitionthrive@baruch.cuny.edu.

On January 30, my buddy Haithem is organizing the Lemonade Heroes Yacht Party. It’s gonna be a crazy night of dancing, drinking, mixing and mingling–on a yacht.
You’ll be getting photographed on a red carpet, and you’ll have a shot at an audition for an entrepreneurship TV series and book.

Last week my buddy Charlie Todd & the folks at Improv Everywhere organized their twelfth Annual No Pants Subway Ride. Over 4,000 participants showed up. Here’s the recap and video. And my friends Jen and Allison are back with another hilarious edition of Blogologues, playing this week on the 24th, 25th and 26th at Under St Marks (and yes, there will be giveaways!).

Next Top Makers: The Business of Design
Join the creators of New York’s Next Top Makers for an evening of education, guidance, and networking. Hear from IDEO storytelling gurus why good design doesn’t always speak for itself, and learn about the role of a designer in a world of 3D printers.
Tuesday (Jan. 22), 7 p.m. @ 3DEA Pop-Up Store @ Eventi Hotel, 835 6th Avenue

Until next week. Stay social, my friends! 😉 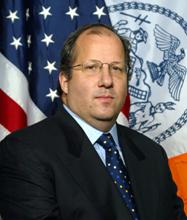