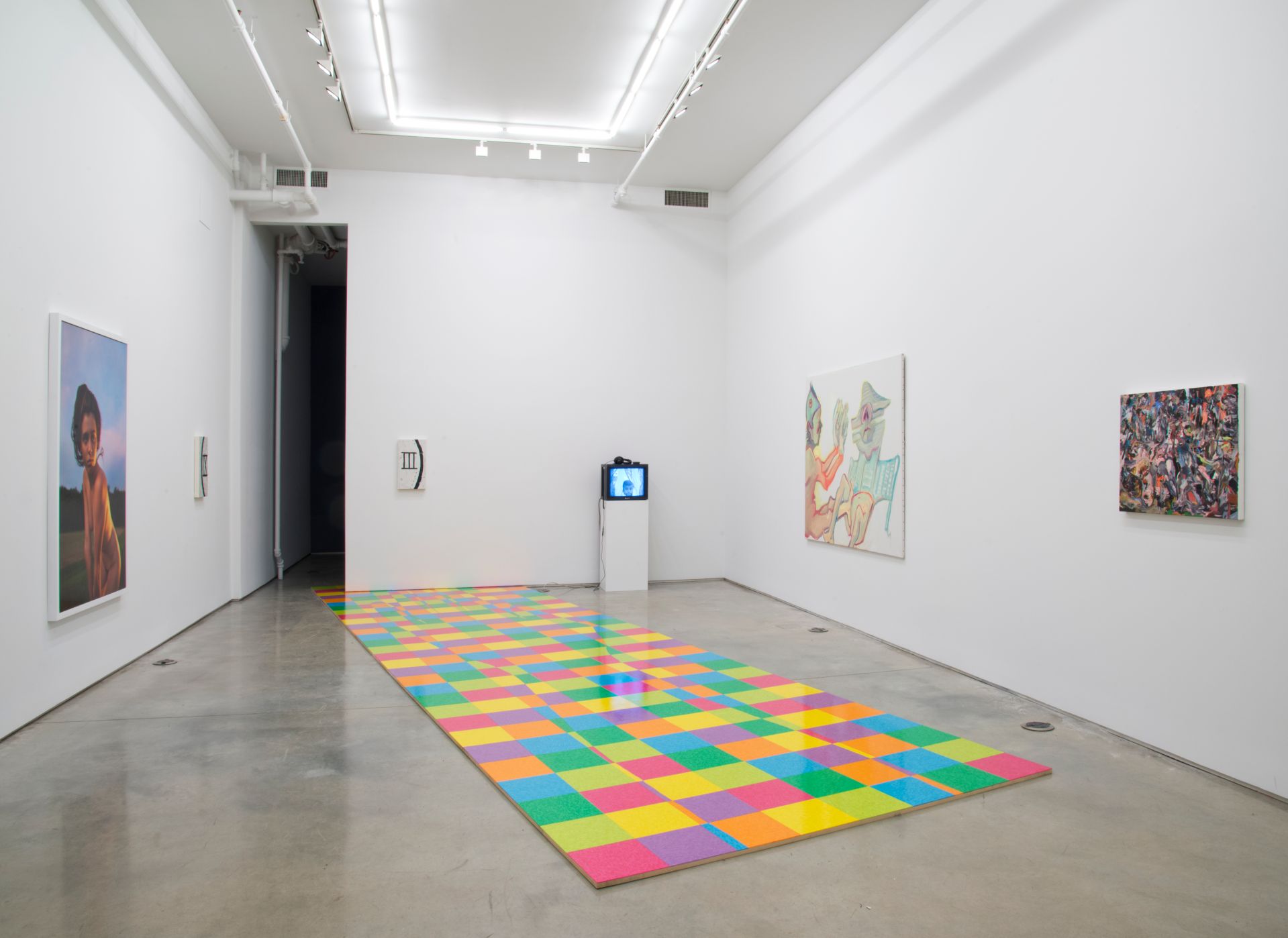 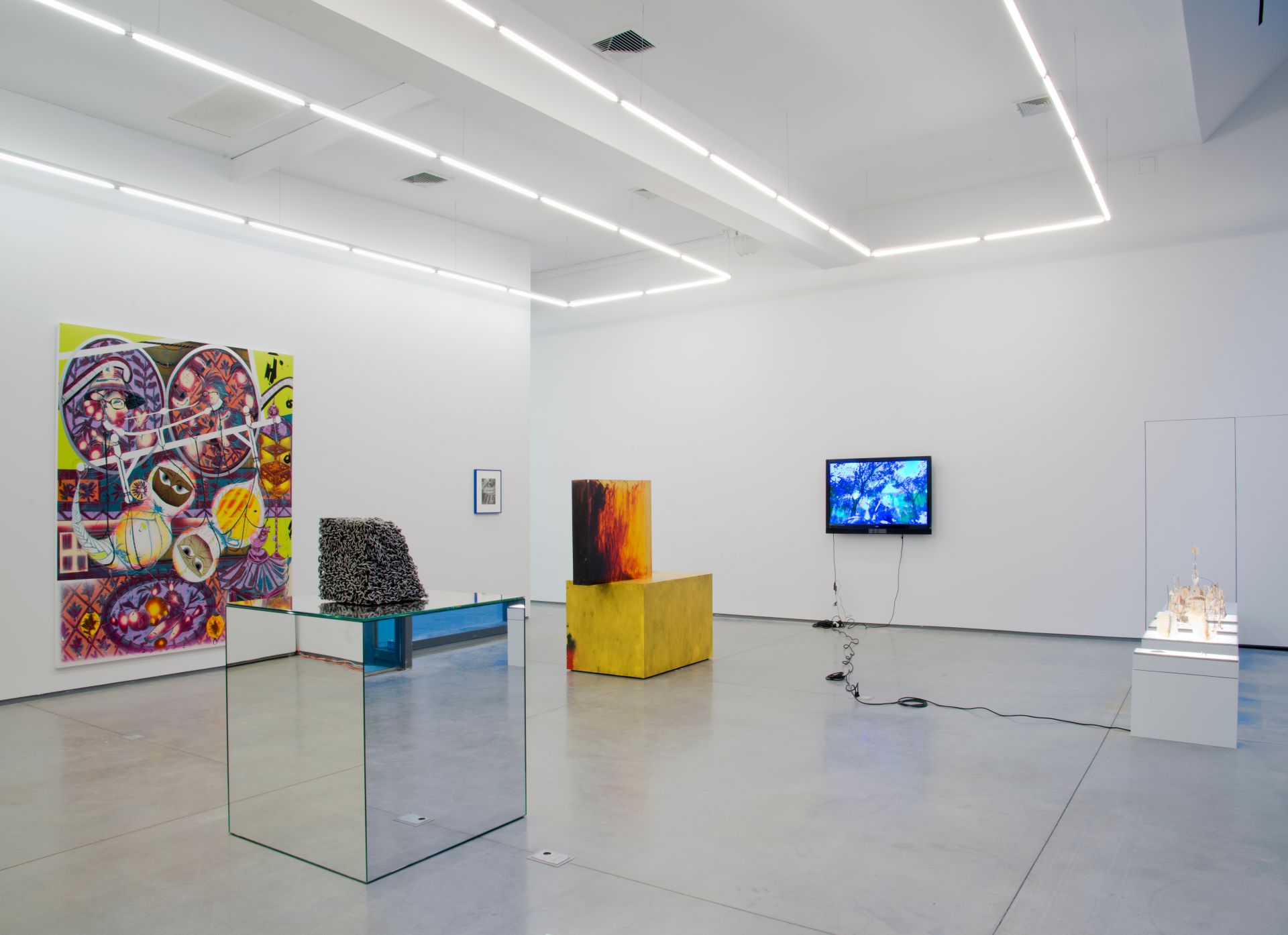 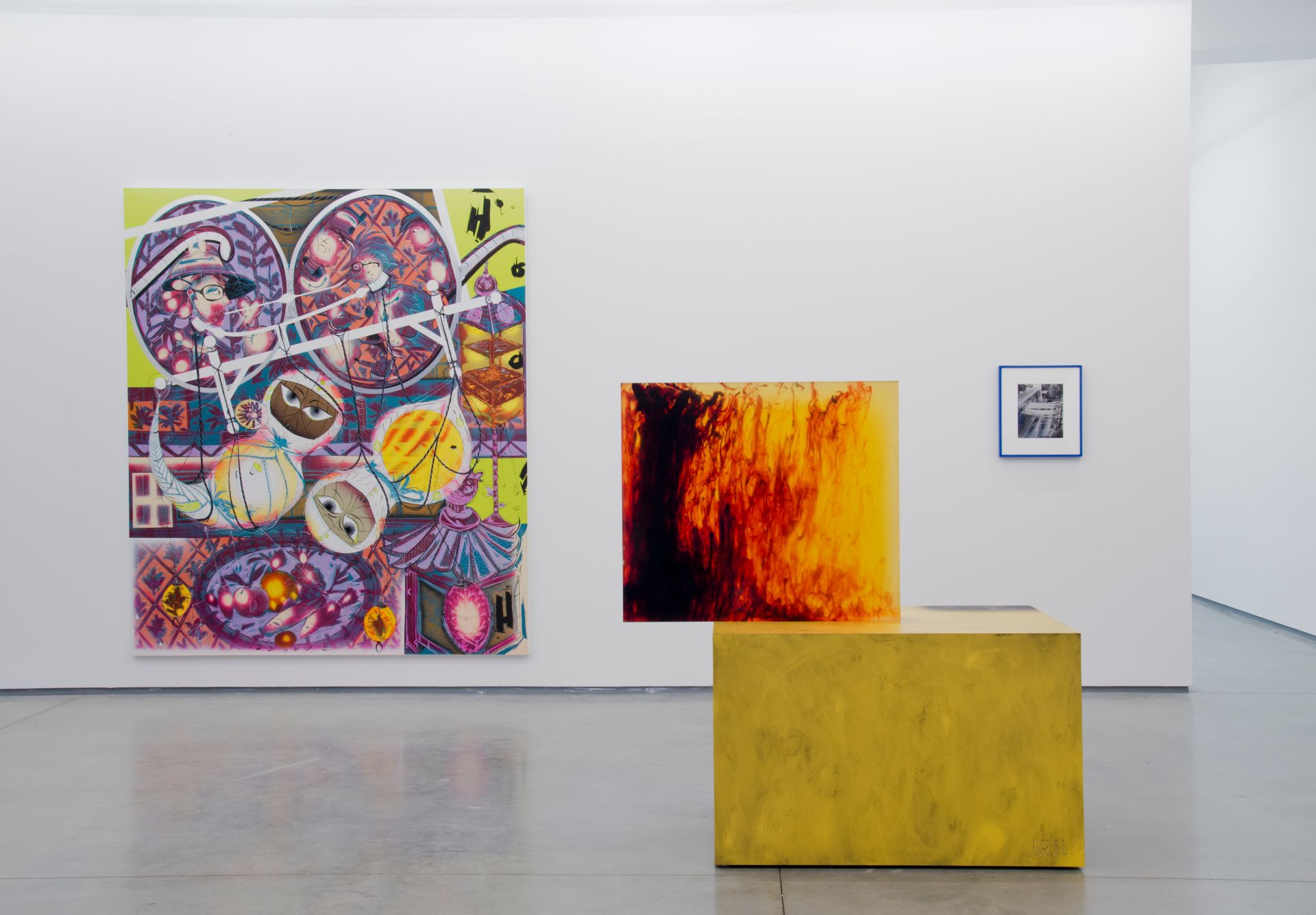 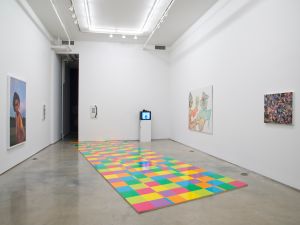 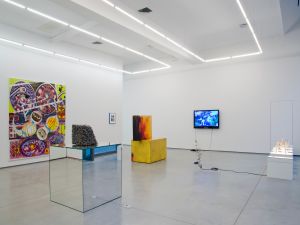 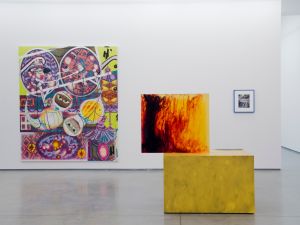 This densely packed but taut group show, named after the cake that Celtic tribes used to portion out to choose a sacrificial victim for their Beltane bonfires—one of its slices was marked with ashes—was assembled by young curator Alex Gartenfeld around the subject of “sweetness.” At the gallery’s Grand Street location, the sweetness is a sensual or aesthetic expression of an earnest and unexceptionable pleasure in pleasure: David Scanavino’s modestly sophisticated patterns constructed from VCT tiles in the colors of a progressive Finnish nursery school, Cecily Brown’s densely vivid abstraction, Josephine Halvorson’s cheerily ominous portraits of clock numbers with a tone like Edward Gorey and even Ryan McGinley’s soul-baring, American Apparel-style nude C-print Heather all go about their business without apology or qualification. In the back room, Ed Atkins’s video Material Witness OR A Liquid Cop conducts a rapid, all-in epistemological investigation.

But around the corner at Team’s second space on Wooster Street, it’s a different story. With the exception of Sterling Ruby’s gorgeous stack of blocks of stain-filled urethane and wood in Neuromancer-biohazard colors, the sweetness is conceptual, and therefore not to be trusted. Tommy Hartung’s military-apocalyptic videos include a snippet of frightened people hiding in a trench, shot from behind, with subtitles reading, “What are you going to do with the video?” and “They are killing everyone,” but no corresponding sound, and Tabor Robak’s meticulously rendered sci-fi video game landscapes avoid the uncanny valley, but only narrowly. Massimo Grimaldi’s Emergency’s Surgical Centre in Goderich, Photos Shown on Two Apple Thunderbolt Displays is a slide show, in bright colors and clean lines, with something like Club Med romance, of palm trees, low mist, operating rooms, beautiful children and motorbikes on the coast of Sierra Leone. The artist uses the sale of each of his projects to pay for the next one, each project including his photography but consisting primarily of the provision of medical care to the world’s neediest. Is it a brilliantly pragmatic trick for squeezing hospitals out of an overstuffed art world, or is it a brutally cynical indictment of the whole enterprise? (Through Feb. 16, 2013)