It was an unusually rhinestone-spangled crew that the Transom encountered on Friday night at Pier 60 in Chelsea. Competitors from across the country had gathered for the Manhattan Amateur Classic, an annual ballroom dancing competition.

The system by which the dancers were divided was mystifying to an outsider, and the ages of the crowd varied widely, from stylishly attired seniors to college students decked out in jackets proclaiming their affiliation. (We spotted both Harvard and NYU.) Beyond the dancing couples, through enormous glass windows, you could see the lights of lower Manhattan and New Jersey twinkling.

As the Transom took in Friday’s action, dance styles alternated between glamorous International Standard and sexy Latin. Couples competing in the former evoked Fred and Ginger, decked out in tails and long gowns that ended in flounces. The latter dressed like figure skaters, the men in chest-baring jackets and the women in spare, fringey numbers engineered to show as much leg as possible.

After watching the Senior I Open Championship couples cycle through the waltz, the Viennese waltz, the tango, the foxtrot and the quick step, the Transom slipped into the practice room to chat with one of the couples, Xingmin and Katerina Lu.

“This is an all-amateur competition,” explained Ms. Lu, though she quickly added that “we don’t call it ‘amateur’ anymore, we call it ‘dance sport athlete,’ because we can teach as well, but we are not, per se, professionals.” She used to teach; in fact, that’s how she met Mr. Lu. They’ve been married for 12 years and have been dancing together since 2005.

“We only do this in the evening,” Mr. Lu chimed in. He works for Morgan Stanley, while Ms. Lu is a Czech language tutor. “This is a totally different environment, another personality coming out,” he admitted. “He also does my hair,” his wife added, leaning over to show off rigid blond curls piled into an updo and studded with sparkly bits.

“In the last 10, 15 years, Americans’ dancing level has been so high, even in the world,” said Mr. Lu. But his wife—born in Prague—had her own interpretation of this nation’s newfound competence in the ballroom: “I think it’s mostly children of immigrants, mostly Polish and Russian children of immigrants.

“The official language in this training room is Russian,” she added, flashing a cheeky grin.

Twenty minutes later, the Transom watched the Lus collect the first-place ribbon for their division.

Though the dances are highly stylized, some competitors do find a use for their skills outside of official events. Latin dancer Daisy admitted that she and her University of Michigan teammates would dance when they went out in Ann Arbor. “Sometimes it’s, like, kind of nerdy to do it,” she told the Transom. “But when you’re pretty good, people are like whoa, that’s kind of cool.” 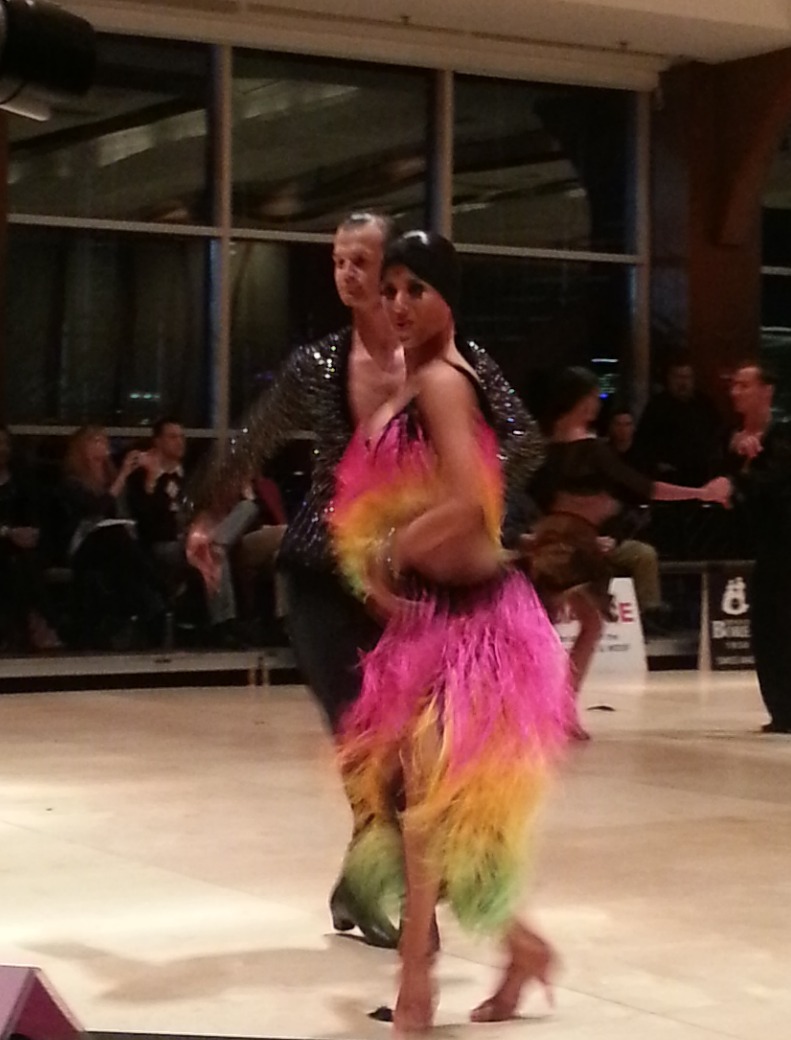