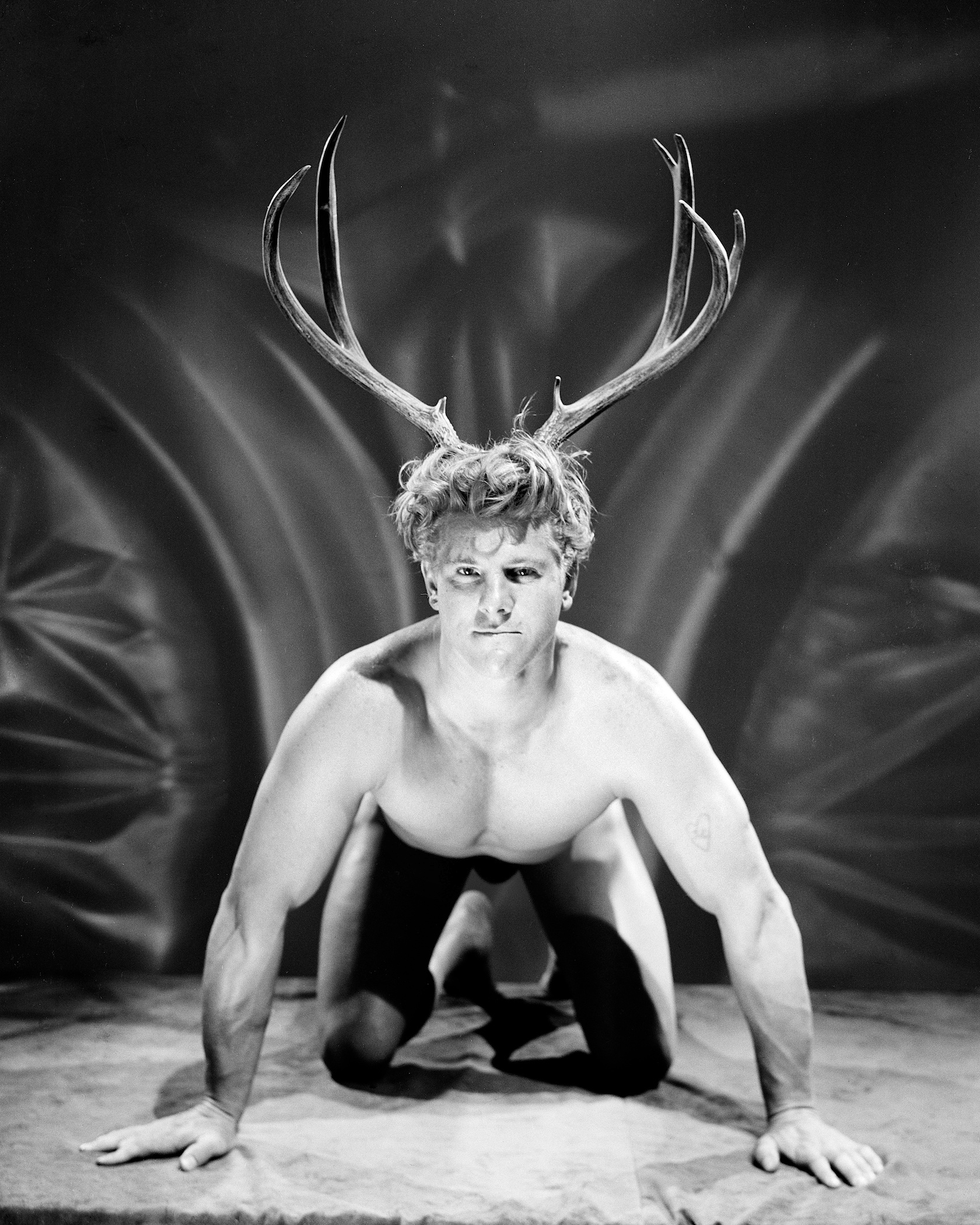 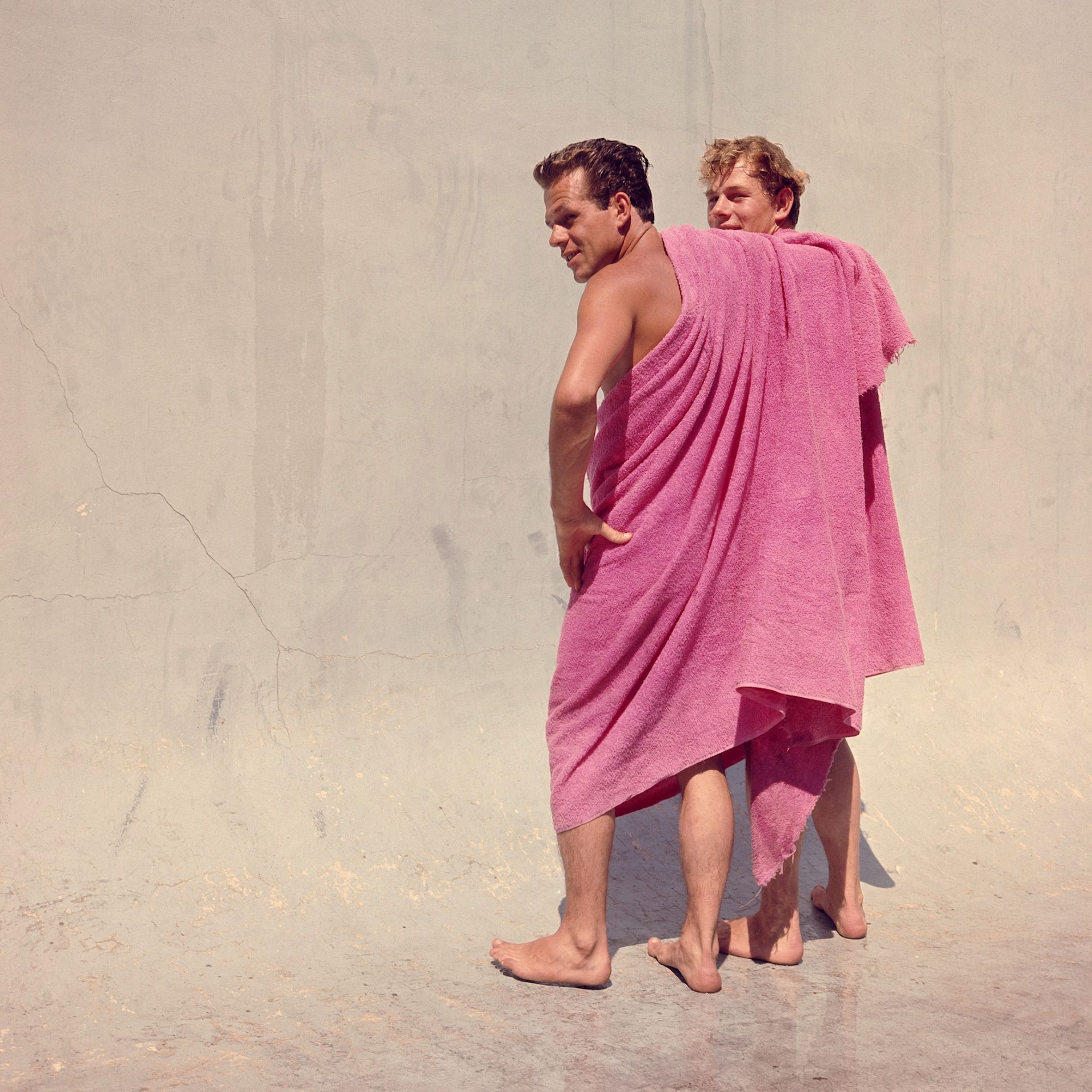 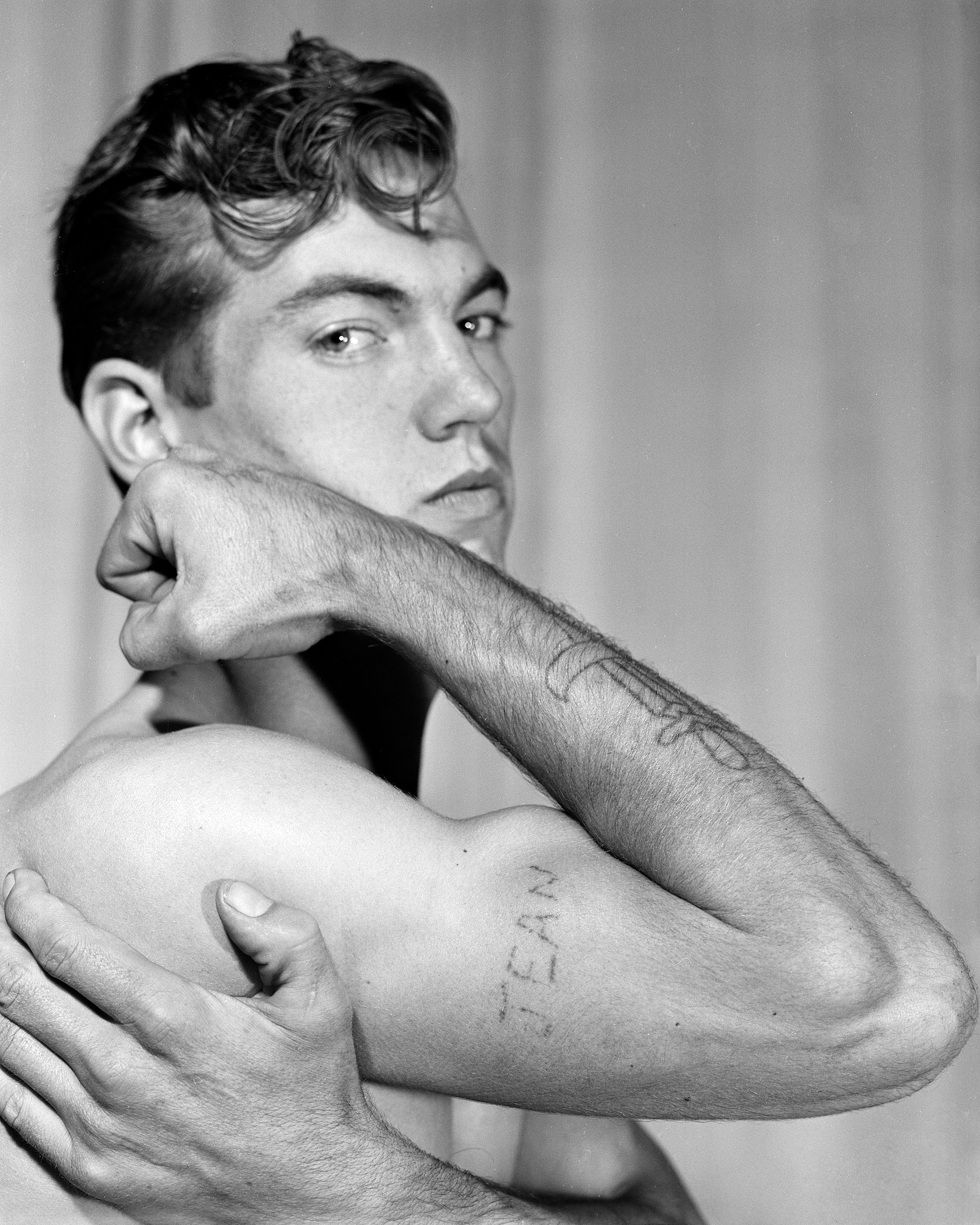 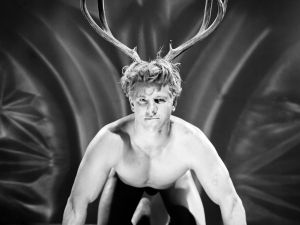 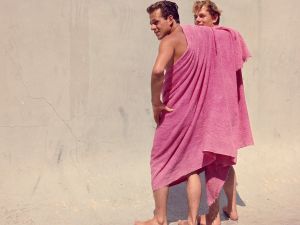 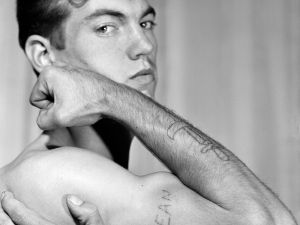 Photographer Bob Mizer, who died in 1992, founded the Athletic Model Guild in 1945 and Physique Pictorial in 1951, debuted Tom of Finland, shot Alan Ladd, Victor Mature and Arnold Schwarzenegger, invented the “posing strap” (a letter-of-the-law loincloth reluctantly sewn for him by his mother) and served prison time in 1954 for sending what was then defined as “obscene material” through the mail. This compact but manically fascinating exhibition includes both full-size portraits of the models, drifters and runaways who moved in and out of Mizer’s Los Angeles home and a series of “catalogue boards,” the 16- or 20-image paste-ups of scenes and scenarios he assembled both for his own records and to send out to customers. Cowboys, greasers, ancient Roman slave boys and Marines wrestle, pretend to wrestle, and pretend to pretend; but if an image got too explicit, like one in the catalogue board “A Gift for Demetrius,” Mizer might, after a discouraging police raid, decide to slice it out and discard it. At once heartbreakingly candid and suffused with fraught artificiality, the remaining pictures look, from the other side of Stonewall, like small miracles of misdirection: there’s so much happening off camera that makes itself present, because the whole photo points to it, but is not known, because it’s defined by its position out of sight.

Jim Carroll with Antlers, a 1951 silver print, shows a muscular blond on hands and knees, facing the camera with a look of confident concentration on his face and two modest antlers on his head. Fred Fawcett as Nazi, 1976, shows the world’s most innocent stormtrooper, his uniform a little too big and his cap ready to fall off. And Rick Gordon, Rooftop Studio, Los Angeles, 1972, shows a naked young man with his dog in an outdoor scene with artificial grass, artificial autumn leaves and artificial boulders. He sits on a stump leaning forward, pointing out of frame with his left hand and using his right to point the dog’s face in the same direction.