Google Chairman Eric Schmidt urged North Korean leaders to open Internet access to its citizens, or doom them to a state of virtual isolation. Which, if we understand Mr. Schmidt correctly, he thinks will be far more insidious than the actual isolation North Koreans are currently experiencing. [AP]

North Korea’s official Twitter account only follows three, and only three, other accounts. One belongs to Jimmy Dushku, a 25-year-old investor who’s been to almost 60 Coldplay concerts and counts The Fast and the Furious as his favorite movie. What? [Mother Jones]

They’re not saying how they know, exactly, but U.S. officials are convinced that the cyberattacks on the consumer-facing websites of American banks are the work of the Iranian government. [NYT]

Soon you will buy prepaid iPhones at Walmart. Sounds like another season of The Wire is in order. [PRNewswire]

Not to put a timetable on anything, but Digg figures its content discovery app  is about one percent done. Which is as fine a time as any to talk about monetization. [Digg] 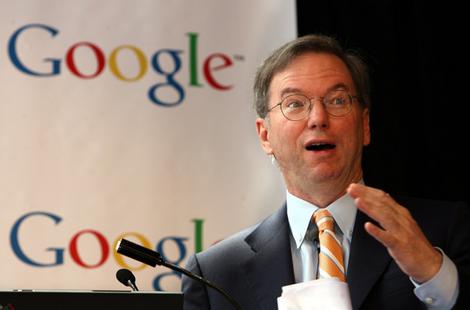