“Leaders lead,” Buono said. “Governor Christie needs to be willing to fight for New Jersey families and against the GOP’ right wing special interests he is trying so hard to appease.”

“Leaders like President Obama and Governor (Andrew) Cuomo have identified gun control as a top priority and have wasted no time in jumping to the forefront in the fight to keep our streets safe,” Buono said. “Accordingly, Governor Cuomo signed a sweeping package of gun control measures into law and President Obama proposed the largest changes to curb gun violence in a generation.

“But, here in New Jersey, Governor Christie continues to turn a blind eye,” Buono added. “Even after these historic efforts by President Obama and Governor Cuomo, Governor Christie continues to provide zero leadership on this issue. Governor Christie remains more concerned with promoting his YouTube videos and his choreographed stage shows than he does with the issue of gun violence.  This governor would have us believe that removing a video game from his home and expressing a willingness to ‘have that conversation’ on the issue as he does the national talk show circuit is the same as exhibiting leadership.  It is not.” 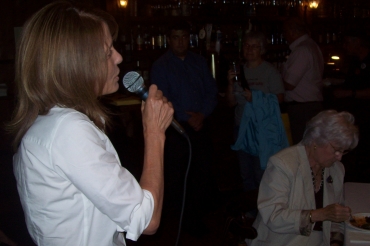