EN ROUTE TO WASHINGTON – The front line players with state Sen. Barbara Buono (D-18) joined the senator on the train to Washington, D.C. as Buono vigorously made the rounds.

They’re the early political brain trust around the senator who appear well positioned to play a strong role in her campaign for governor.

U.S. Rep. Frank Pallone (D-6). Pallone backed Buono for governor on Monday, the first congressman to do so. He usually greets the travelers at Union Station. This year, he boarded in New Jersey and worked the aisle. Of course, Pallone is also looking at a 2014 run for U.S. Senate.

Assemblyman Joe Cryan (D-20). The former state party chairman and former Assembly majority leader endorsed Buono early last week before former Gov. Dick Codey issued his statement that he wouldn’t run. Cryan has strong, loyal statewide ties, particularly in Union and Essex counties. Like Buono, he also carries the storyline of having been one of those Democratic leaders dethroned last year by the sitting party establishment.

Jersey City Mayor Jerry Healy. Running for his third term in May, Healy has political infrastructure that overlaps with Buono’s. He’s a political realist. “It’s going to be like climbing Mount Everest,” the mayor said of Buono’s gubernatorial prospects of going up against incumbent GOP Gov. Chris Christie. Healy has to look over his own shoulder, including here on the train. Downtown Jersey City Councilman Steve Fulop is stalking him with his own coterie of supporters.

Chief Of Staff Christina Zuk. A Bayonne product and graduate of Rutgers Eagleton, Zuk is Buono’s most loyal and longstanding backer of the bunch who has a reputation as a policy nerd more than knuckle-breaking politico. 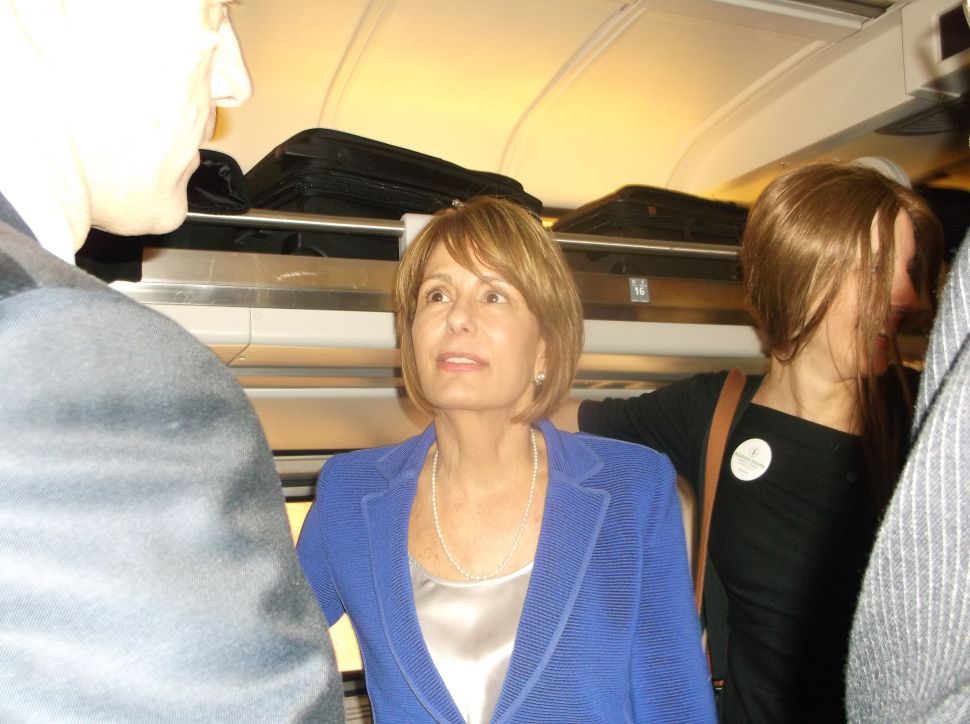