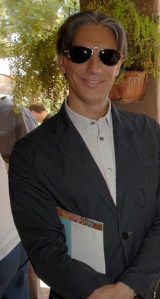 Dealer Chris D’Amelio, who only a little more than a year ago split with longtime partner Lucien Terras to go solo, will close his gallery to join the ever-expanding David Zwirner gallery. The New York Times has the story in his week’s Inside Art column.

“Chris brings a lot of experience and knowledge, especially when it comes to Minimalism,” Mr. Zwirner told The Times in an interview. Mr. Zwirner represents the estates of major Minimalists like Donald Judd, Dan Flavin and Fred Sandback.

Among the artists the D’Amelio gallery has presented are Polly Apfelbaum, Daniel Hesidence and Roland Flexner.

Zwirner is set to open its new gallery on West 20th Street on Feb. 15 with a show of work by Flavin and Judd.