BRADLEY BEACH – In a gubernatorial election year, Gov. Chris Christie planted himself behind a podium at the ocean and all but drew a line in the sand.

On one side was himself and the State of New Jersey.

On the other side was anyone who, in his words, would seek to distract him from the effort of rebuilding the shore in the aftermath of Hurricane Sandy.

“If they change the rules regarding disaster relief they picked the wrong state to change the rules with,” declared Christie, on the eve of the U.S. House of Representatives voting on a $50 billion restoration aid package.

In a state in which registered Democrats outnumber Republicans by around 700,000, Christie returned to his favorite theme of bipartisanship in noting that New Jersey congressional delegates on both sides of the aisle are working hard to ensure passage of the aid.

“I think in the end that cooler heads will prevail,” said the governor, acknowledging resistance by some Republicans.

He said he spent part of the weekend on the phone with congresspeople.

“I would hope they would think there but for the grace of God go I,” Christie added, reflecting on the the danger of government aid pitting region upon region.

The governor made his remarks after touring Bradley Beach, one of dozens of communities in 11 New Jersey counties that have put 428 unemployed people to work on storm clean-up using the $15.6 million grant obtained by the Christie Administration in the wake of Hurricane Sandy, according to the governor’s office.

“New Jersey is rebuilding from Sandy with pride and determination,” said Christie. “With the NEG grant and the $26 million being released through three programs we have initiated — Recovery4Jersey, Skills4Jersey and Opportunity4Jersey – we are helping Sandy-impacted businesses and workers, as well as investing in our future economic growth. New Jersey, its citizens, communities and businesses are resilient and I assure you that we will leave no stone unturned in bringing the Garden State back better than ever.” 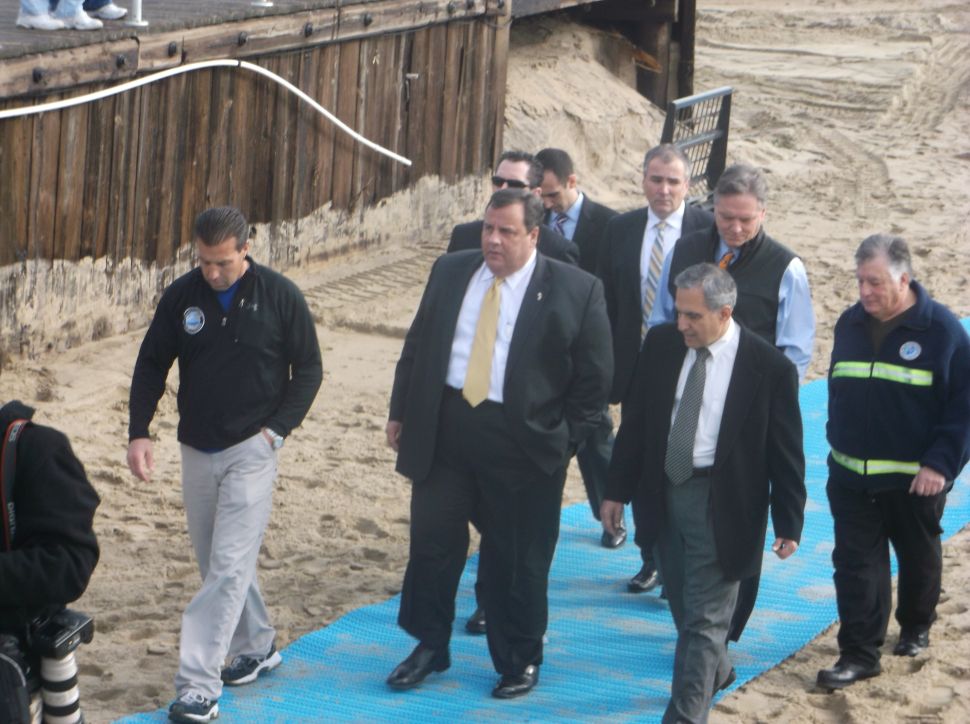