BELMAR – Gov. Chris Christie today compared a cover photo of himself in Time Magazine to the likeness of Tony Soprano from the HBO television drama series “The Sopranos.”

“Wait until you see this cover,” Christie said during a Wednesday news conference in the shore community of Belmar.

“I look like Tony Soprano,” he said, referring to the mob-boss character played by actor James Gandolfini.

Christie echoed similar comments he made Wednesday morning during appearances on several national television shows, saying he does not know how he ended up on the cover of Time Magazine.

“I never spoke with them,” he said.

Christie attributed his national prominence to the good work that’s being done in New Jersey following the devastation of Superstorm Sandy.

“The only reason that I’m getting this attention is because of the extraordinary work that everyone in New Jersey is doing,” he said. “Things are going well in our state now because everyone is pulling together.” 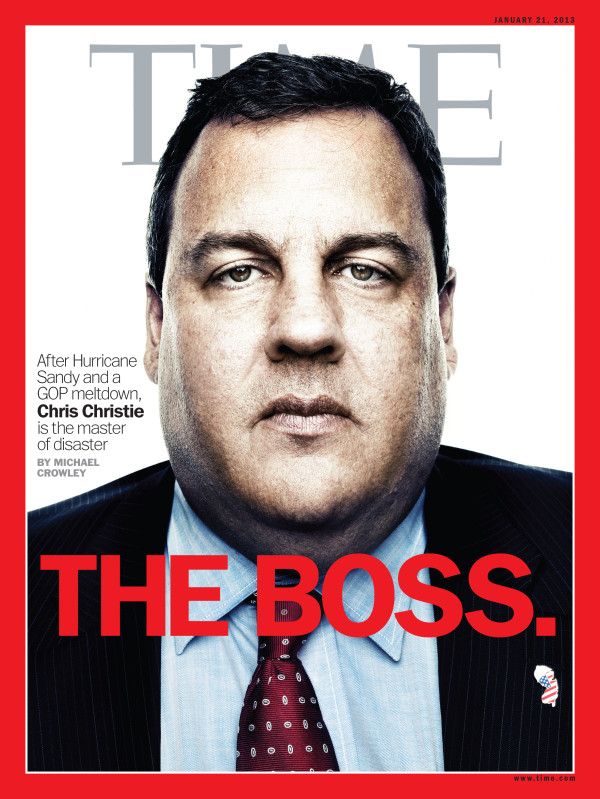