BELMAR – Gov. Chris Christie gave reporters some insight Wednesday into the fist bump he gave the Senate president just before his annual State of the State address Tuesday.

The governor was asked whether his relationship with Senate President Steve Sweeney has been strained since the top Democrat said at a news conference Monday that Christie must have “prayed” for Superstorm Sandy as part of his jobs package. Christie denied his relationship with Sweeney is on the rocks and explained the reason for Tuesday’s fist bump.

“He said to me, ‘Chris, I’m sick. Let’s fist bump,’” Christie said at a Belmar news conference, explaining the Senate president told him he was sick after the governor shook hands with Speaker Sheila Oliver.

Christie joked that perhaps their relationship is better than he originally thought.

“If he was really angry at me maybe he would have wanted to get me sick,” he joked.

The governor was also asked about Sweeney’s comment earlier in the week about Christie using Sandy to deflect attention from other problems facing the state.

“Steve said something that he apologized for and that’s fine,” Christie said. “Everyone makes mistakes.”

Christie went on to say what he thinks is disconcerting about the gaffe is that he believes Sweeney meant what he said.

“I think that’s still a problem,” he said.

“He told me that he was sorry and that he did not mean what he said and I accepted his apology,” he said. 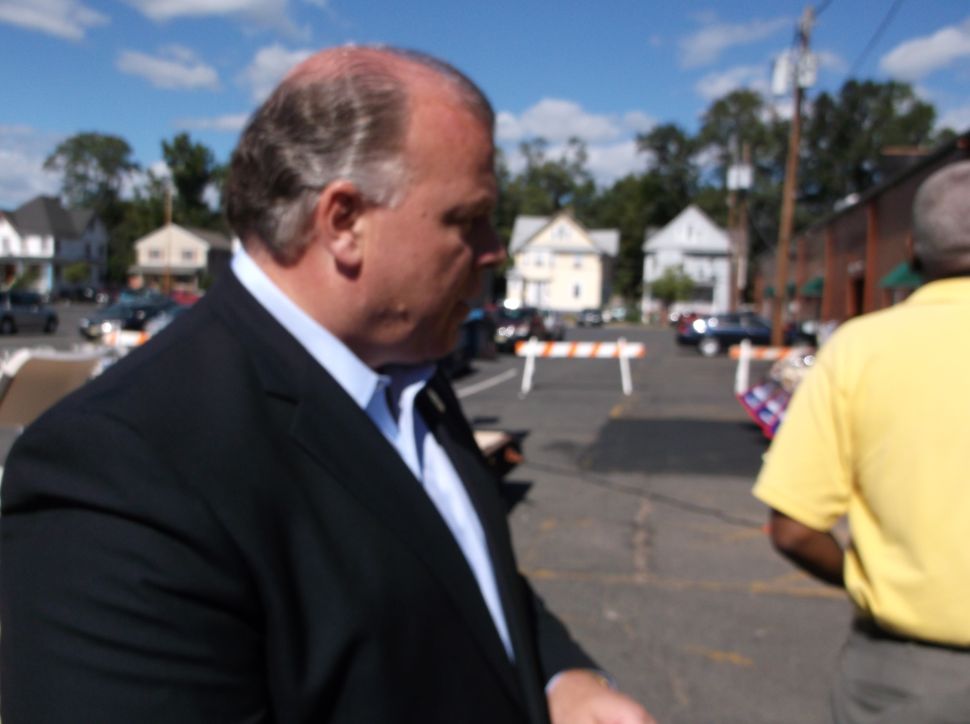