“I am proud to lend my name in support to the candidacy for Governor of New Jersey to Senator Barbara Buono. Senator Buono represents an independent voice that answers only to the residents of this State.

“Senator Buono has distinguished herself as a progressive leader over the course of her career. She has been a leader through the years in the fight to expand access to health care and has fought the governor’s cuts to women’s health funding. She has consistently stood up for middle class New Jerseyans and fought to ease their burden by imposing a surcharge on millionaires.  She has always understood the importance of the State’s investment in our public schools and higher education and has clearly articulated the long-term negative impacts of the cuts to both during this administration. She has never hesitated in calling for restrictions on assault weapons and as Chair of the Budget Committee she passed balanced budgets and scores of job creation initiatives.

“As the first female Senate Majority Leader in the history of the State, she showed her leadership and her commitment to her working class roots. I am confident as the campaign takes hold the voters of New Jersey will rally around her candidacy and we will soon call her Governor Buono.” 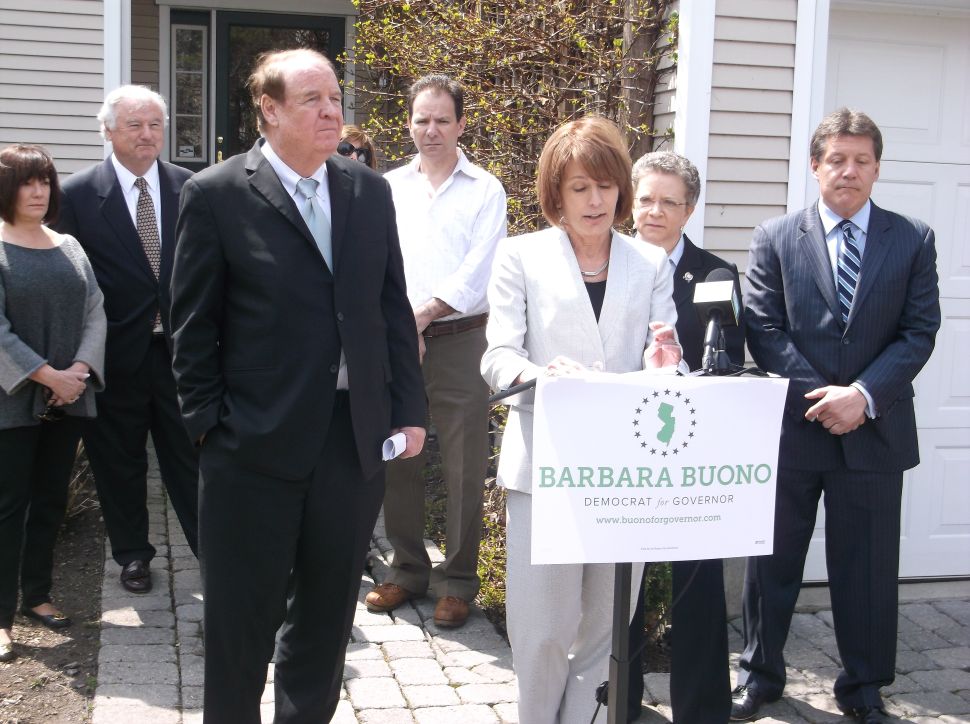