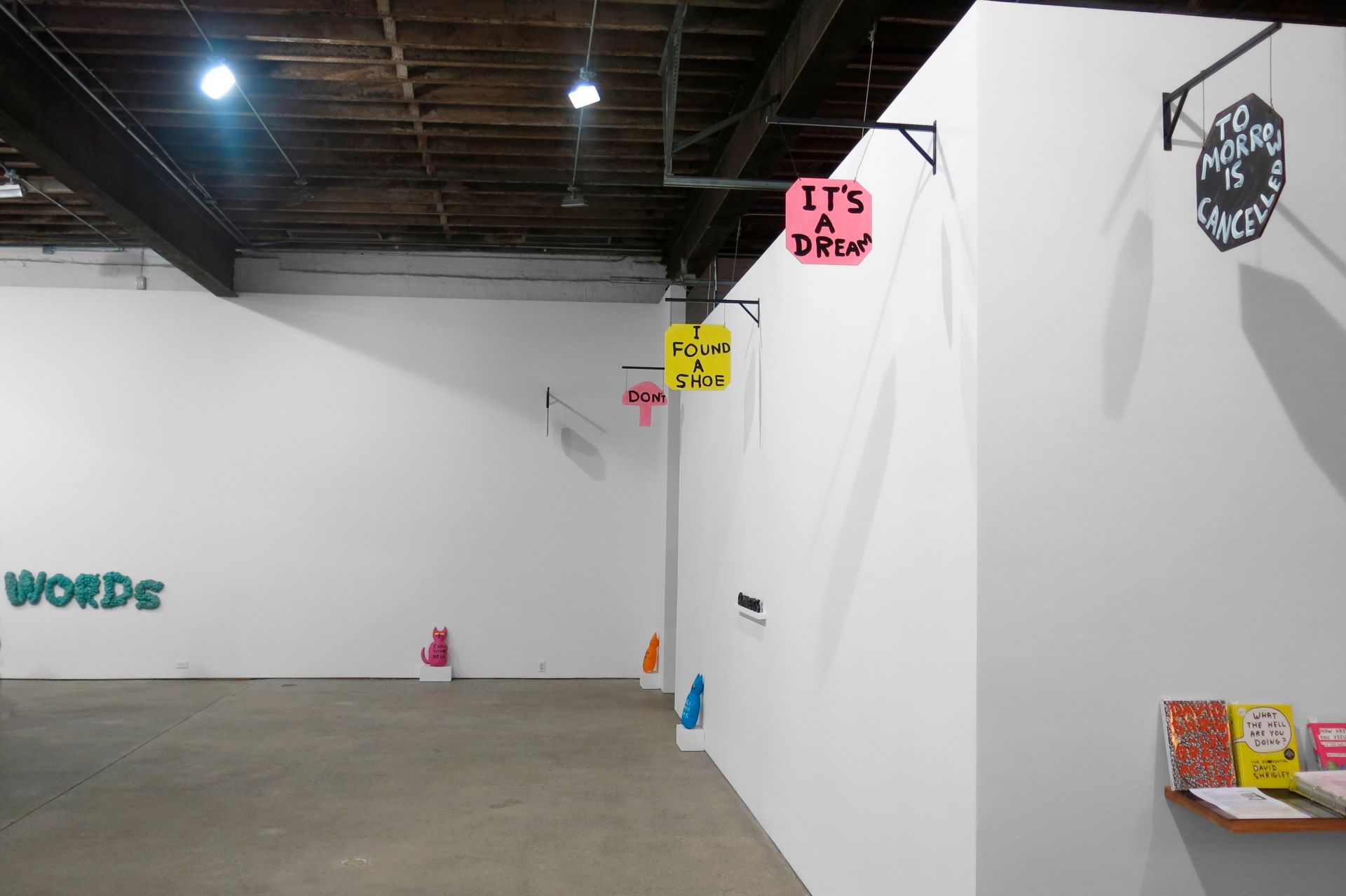 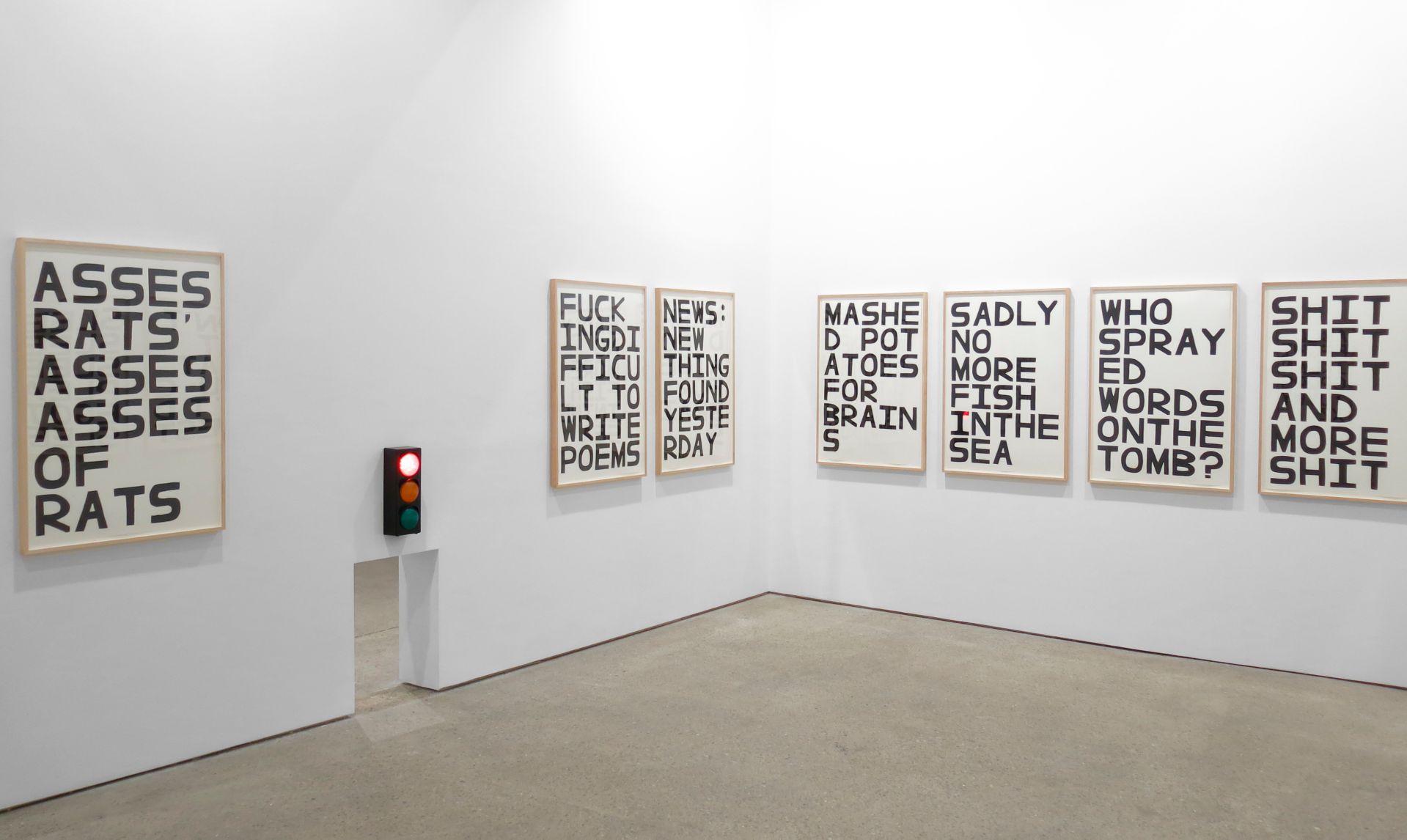 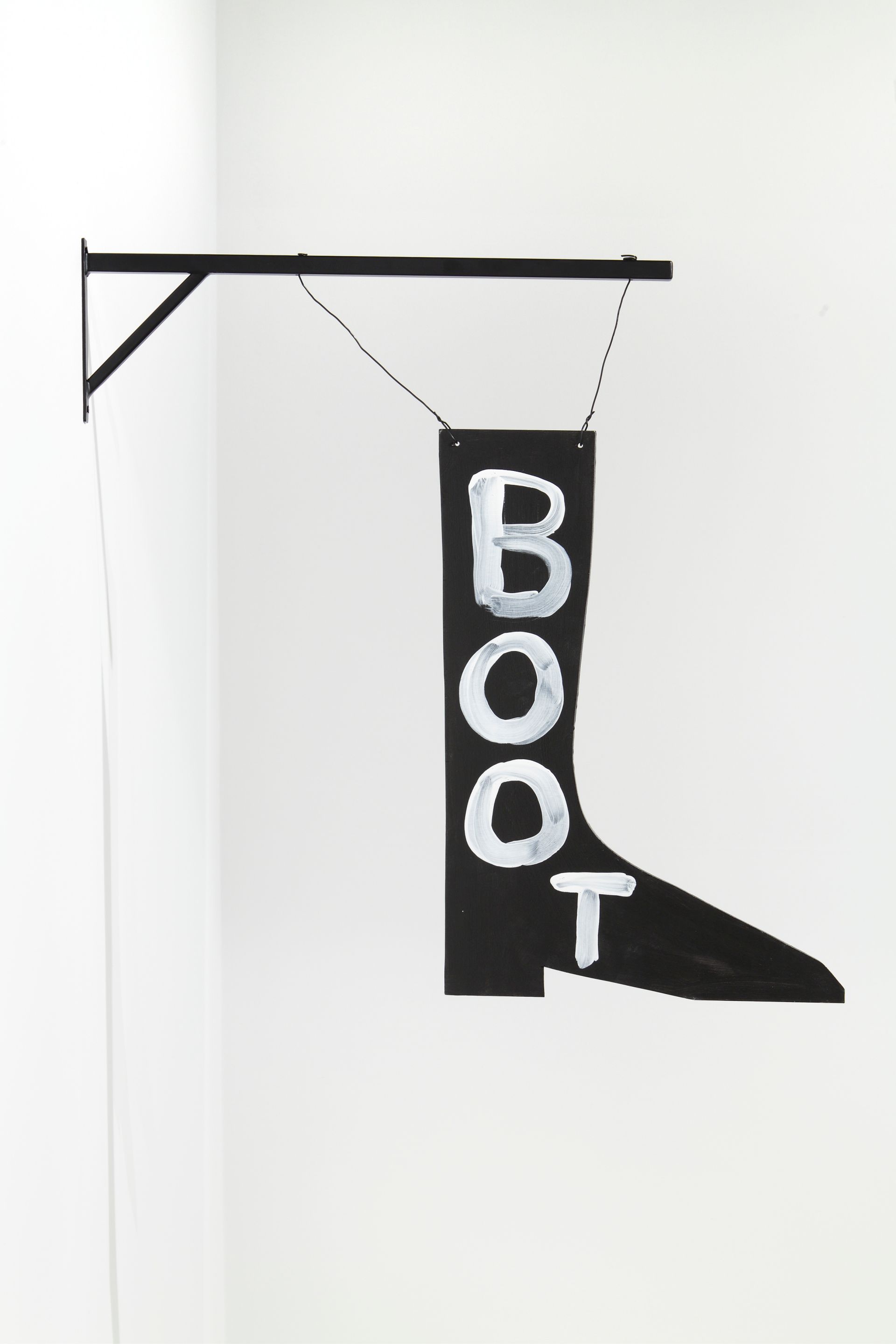 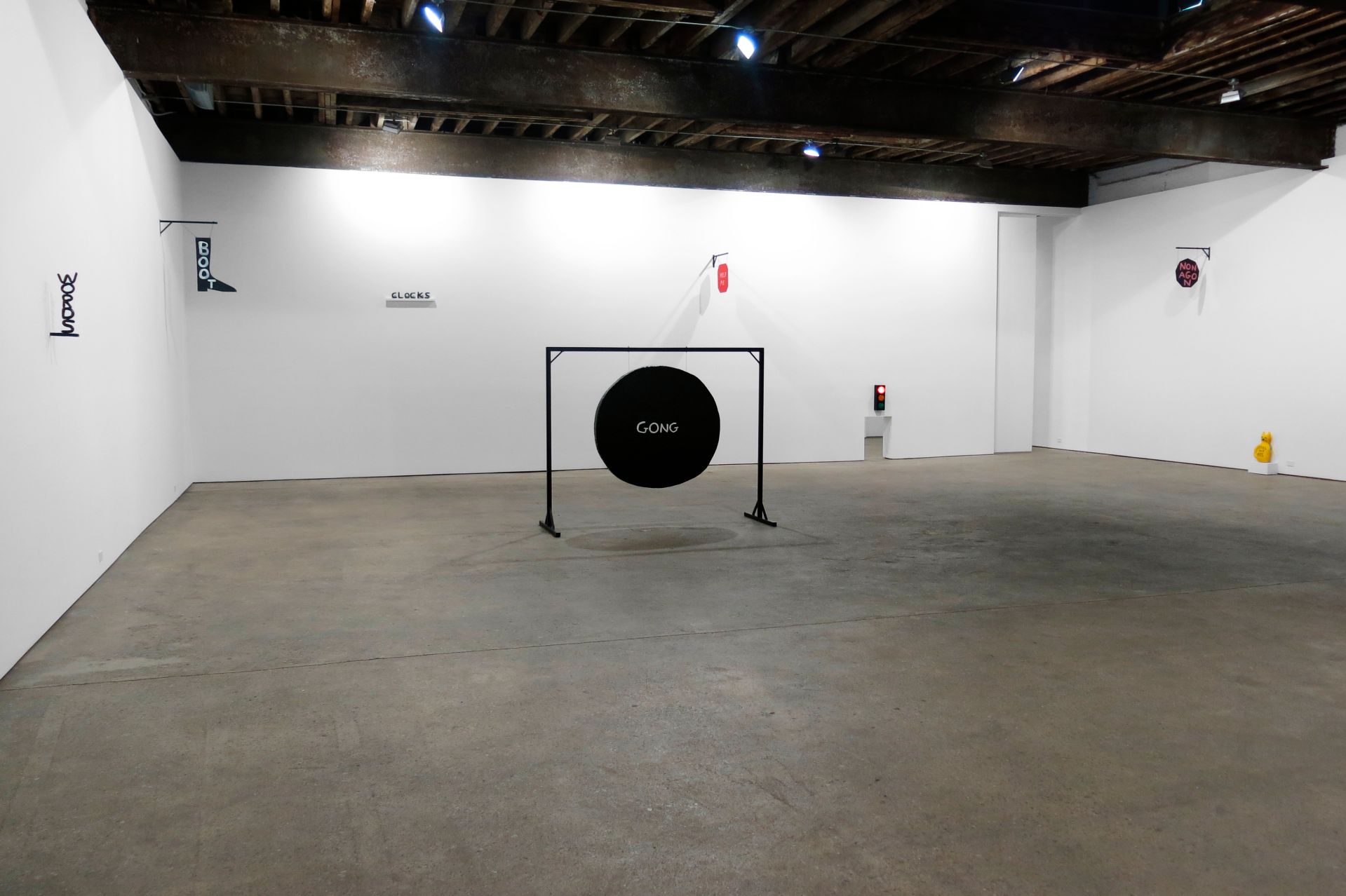 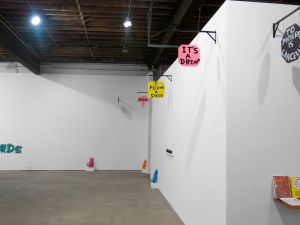 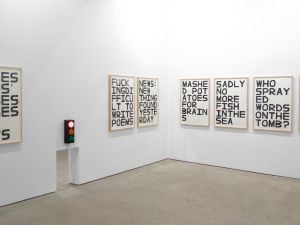 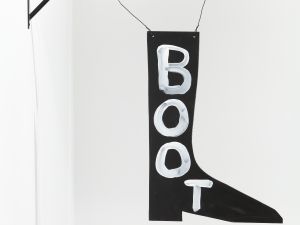 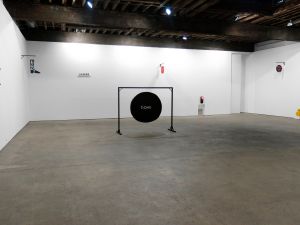 You can imagine the English artist David Shrigley sitting in a dull lecture class drawing an obscene caricature of the instructor in his notebook. The drawing would be fascinatingly awkward—he uses ink like paint, with a confident line too purposeful to be bothered with exactitude—and it would be insightful, hilarious and vicious in direct proportion to his certainty that the instructor would never see it, or if he did, wouldn’t get the joke. A neon sign of red block letters, hanging in the gallery office advertising “HOT DOG REPAIR,” is one of only two pieces in “Signs” that are not, in one way or another, in Mr. Shrigley’s handwriting. Letters are cast in bronze from molded clay or sprayed insulation foam, painted in white or black on hanging signs and cat-shaped canvas dolls, or printed in lino-cut, letterset word art. The sculptures do certainly function as sculptures, in the sense that they don’t not, but really all the work, neon signs included, inhabits the hypothetical white flatland, with its total irony, material impotence and solipsistic invulnerability, of paper being doodled on.

Part of this is down to the hanging—just like a person doodling, it ignores what’s already been put down and concentrates on filling the space remaining. A small black flag made of plywood painted black and labeled “SMALL FLAG” (Small Flag, 2012) is affixed right up by the ceiling, while the orange Cat (Don’t Look at Me) sits on a ridiculously sinister shin-high pedestal. But mainly it’s because Mr. Shrigley so adeptly takes advantage of his viewers’ habitual literacy. Standing in front of the great black gong (Gong, 2012) hanging from a stand in the middle of the floor, you can’t stop reading the word “gong” painted, like a target, right in the middle: it’s like a banana peel you know is there but just keep slipping on anyway. (Through Feb. 16, 2013)