“I’d have to consider it,” Currie told PolitickerNJ.com when asked if he would be interested in the position, offering no further comment.

“The chairman of chairmen,” Buono said last night at Currie’s 2013 victory party in response to Currie’s introduction of her at The Tides in North Haledon.

Party sources from North and South Jersey on Tuesday talked about Currie as a serious and steady option for the party, but a source close to Buono said the candidate is not in that mindset right now.

The senator is focused on immediate challenges – not a chairman’s post up in June, the source said.

A county chair for over 20 years, whose campaign manager was U.S. Rep. Bill Pascrell (D-9) during his initial play for the chairmanship of Passaic County, Currie these past three years has enjoyed arguably the headiest run in the history of his career.

He successfully captained the election of Richard Berdnik in 2010 following an abrupt retirement announcement by star Sheriff Jerry Speziale. Last year, he helped Pascrell win re-election in a contentious primary that pitted Passaic against the bigger Bergen County.

On Monday night with Buono in the room, he projected a hard campaign message to Democrats.

“He is the longest serving state chair and people have said for the last few years that they’d like to see it be someone that is not an elected official,” said a source, a North Jersey Democrat.

“It’s a big challenge for (him) though,” the source added. “A lot of pressure on fundraising; not sure in this environment you want to take on that lift. It’s hard to fundraise without the governor’s office.”

Like his friend and political ally Pascrell, who elected not to run for governor despite Currie’s best efforts to convince him to do so, Currie may be at the stage of his career where he wants to enjoy the memories of past salvos rather than scale statewide ramparts, the source said. 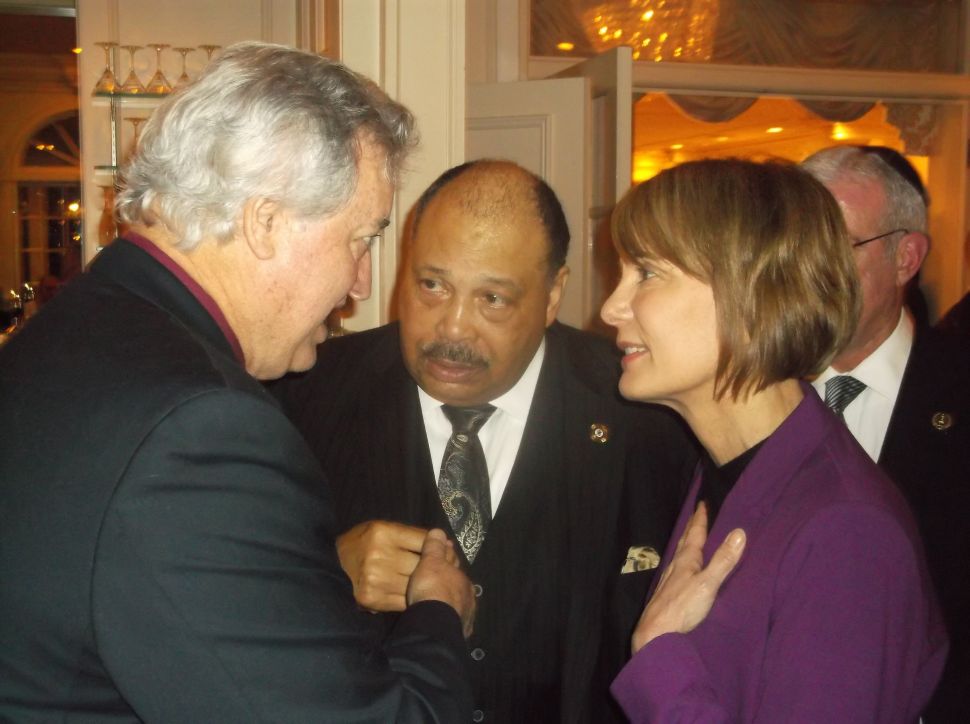