Speaker of the House John Boehner is taking heat from all sides for delaying the decisive vote on the post-Hurricane Sandy federal aid package. Even his fellow Republicans have blasted Mr. Boehner. Many of the local Democrats who jumped into the fray used the motif of the famous 1975 Daily News cover that implied Gerald Ford told the city to “drop dead” when he vowed to veto federal aid to the five boroughs in their assessments of Mr. Boehner’s conduct. Mayoral candidate Bill Thompson explicitly credited his source material in his shot at Mr. Boehner.

“The decision by House Speaker John Boehner to postpone a vote on Hurricane Sandy aid for the New York region is a travesty of epic proportions,” Mr. Thompson said in a statement. “The move is reminiscent of the famous newspaper headline from the 1970’s when the federal government refused to help New York City in a time of need. ‘Boehner to City: Drop Dead’ is an appropriate headline for the Speaker’s actions.”

Long Island Congressman Peter King, who also blasted Mr. Boehner earlier today, had a meeting with Mr. Boehner this afternoon in which he said the speaker promised a vote on the aid would be held by January 15. On CNN, Ms. Quinn responded that she can’t be sure Mr. Boehner will stick to that commitment because he previously promised the vote would be held before the 112th Congress finished at the end of last year. She also urged Mr. Boehner to visit New York and “answer to” people who were affected by the storm in the time between now and the aid vote.

“I hope he does the right thing between now and January 15 as he allegedly has promised Peter King, but I’m not going to believe it till I see it because any assurances we’ve gotten until now have just been wiped away,” Ms. Quinn said. “You know what? Speaker Boehner should do between now and when he says he’s going to vote? He should come to New York and New Jersey, he should walk with me and others in Queens, he should go to Belle Harbor and Breezy Point, he should talk to those folks whose homes were burned to the ground.”

The New York State Democratic Party also used the “drop dead” line, however their statement wasn’t aimed at Mr. Boehner. Rather, it was directed at New York Republican Party Chairman Ed Cox, who expressed disappointment the package wasn’t passed, while simultaneously suggesting Mr. Boehner’s decision not to hold the vote may have been justified because the Sandy aid bill was “pork-laden.”

“Mr. Cox’s defending of the inaction by congress is anti-New York and he has put his political allegiance to his own Republican party over his allegiance to the people of the state. Mr. Cox said the Republican House was justified in not voting because the bill had ‘pork.’ Not even the extremist Republicans have argued that,” the statement began.

Before delivering the kicker, the statement from the state Democratic Party got in a jab at Mr. Cox’s father-in-law, former President Richard Nixon.

“New York doesn’t have time for partisanship or Mr. Cox’s Nixonian brand of politics. Mr. Cox should get on board with the relief effort or get out of the way. Either way, Mr. Cox’s message today to New Yorkers impacted Sandy was as clear as can be: ‘Ed Cox to NY: drop dead.’” 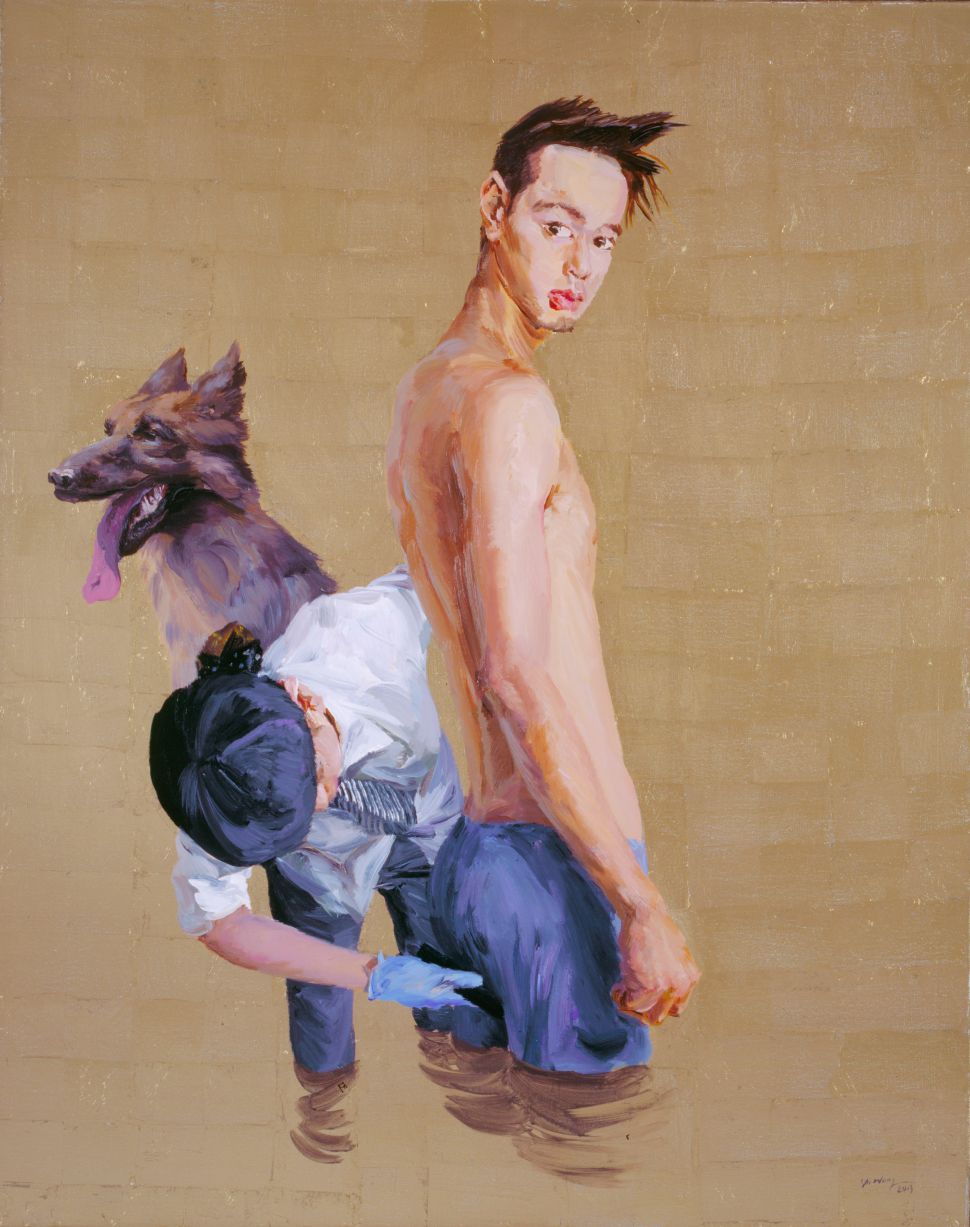