The trust believes that housing should be among the options considered for shoring up the pier’s finances, and by extension its pilings, a move that would likely require a major overhaul of the pier. Meanwhile, Mr. Durst insists housing is undesirable and unnecessarily expensive, and the better option is to keep the pier largely as is, adaptively reusing the space to more efficiently house the roughly 1,400 cars that park on the pier, freeing up room to create commercial space, likely occupied by tech firms, art galleries and other decidely downtown tenants.

Last night, Mr. Durst presented his plan at a public meeting, where it was warmly if cautiously received. The plans were prepared by Dattner Architects, a response of sorts to similar schematics for housing drawn up by SHoP Architects for the Trust. They show tight little stacks of cars, cubicles, lawns and ballfields, a scheme that is not markedly different from what is there already, just with a few things moved around to make room for the offices. (The Observer could not attend the meeting but was provided with a copy of the proposal along with Mr. Durst’s remarks.)

“We think this concept is compelling because the space available at Pier 40 for office use is exactly what is in greatest demand today by the fastest growing sector of New York’s Economy,” Mr. Durst told the audience. “Tech firms want large floor plates, high ceilings, large windows and unconventional and interesting space.”

The plan calls for consolidating parking in the middle of the ground floor, using car stackers, which would eliminate the need for parking at the edges of the building and on the upper floors. The plan would also boost the number of spaces to 2,000, increasing income as a result. Even with more cars, this move frees up the perimeter of the ground floor and the entire mezzanine level for some 415,000 square feet of office space and an additional 99,000 square feet of retail—an impressive spread about as big as a mid-size office tower.

The middle of the mezzanine level would still be occupied by two large ball fields while the entire roof would be turned into public open space. Currently half of it is given over to parking, with a mix of fields on top, but now, there could be vibrant plantings and six different tennis and basketball courts along the roof.

“Our concept is a relatively simple way to preserve the current uses of the pier and also provide the additional revenue to help the entire park,” Mr. Durst said.

Another benefit, he argues, is that it will be easier to get changes to the act governing the park’s operations to allow for commercial development than for residential. The whole reason the pier has any money making uses, rather than just being public open space like the rest of Hudson River Park, is that when the park was first created, it was mandated that its ongoing operations be funded by the park, rather than the city or state, and three piers were set aside for development, this being one of them.

The Durst proposal projects a net annual profit for the park of $10 million a year, almost twice what the pier has historically made for the park.

Mr. Durst stressed that he and Ben Korman, a fellow board member who could not attend the meeting but also supports the plan, were offering this as a proposal for the public, not for themselves. “We are presenting this concept today as interested citizens who care about Hudson River Park and its future, not as developers interested in building out this project,” Mr. Durst said.

David Gruber, chair of Community Board 2, said the room was packed and many were genuinely interested in the idea, if still non-committal. “I don’t have a horse in this race, housing or no housing, but what I liked about this reuse is, the idea of housing on the pier after Sandy—I don’t know if anyone’s thinking of that anymore,” Mr. Gruber said.

Mr. Gruber said that it was important to have options for the community to consider, including housing, and the board would be convening a forum in February to debate them all.

“What I do know is, we’ve tried big box stores and Circ de Soleil, we’ve tried everything, and people are tired of waiting,” Mr. Gruber said. “There’s a real sense in the community that something has to happen and people just want to make sure they do the right thing.”

Correction: A previous version of this article said the presentation was given at a community board meeting. It was instead presented at a meeting of the Hudson River Park advisory council. 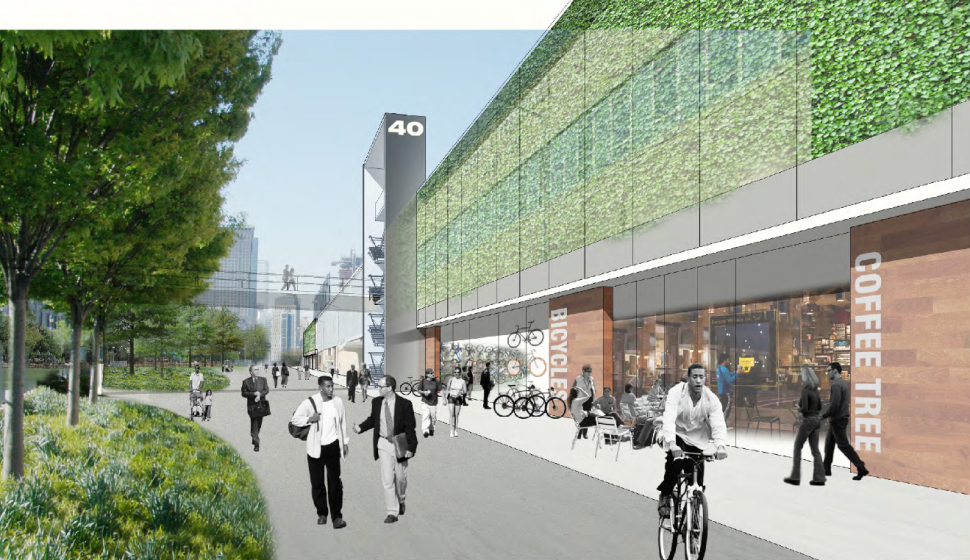