Let’s hope the various e-reader makers gathered their rosebuds while they could, because it seems the heyday of the e-reader is already passing. The Wall Street Journal reports that, according to one market researcher, e-reader shipments dropped 28 percent this year, to 19.9 million from 27.7 million in 2011.

On an anecdotal level, can you think of a single person who requested an e-reader as a holiday gift? Compare that to the number of people who got new phones or tablets.

The reasons for the e-reader’s waning are pretty simple: Many people who already own them don’t feel the need to upgrade, since what they’ve got works just fine. If you’re going to buy something new, it’s likely to be a tablet, which can do more (at ever-lower prices). The Journal says:

“For most consumers, a multi-use tablet is a better fit, particularly at the price points at which tablets can now be had,” says Tom Mainelli, IDC’s tablet research director. “E-readers will eventually become a niche product.”

Now, don’t confuse all this with the death of ebooks, which are doing just fine. The Journal says 23 percent more Americans reported reading ebooks in 2012. They’re just reading them on tablets or smartphones.

But it you probably should take this as an ominous sign for the future of Barnes & Noble. The New York Times reports that holiday sales in the company’s Nook unit (i.e. e-readers, tablets and digital content) dropped 12.6 percent compared to last year. Publishing consultant Mike Shatzkin told the Times, “They are not selling the devices, they are not selling books and traffic is down.”

And so Jeff Bezos, ensconced in a mahogany-lined room somewhere, pauses from counting his ducats to move around the pieces on the giant board where he plots world domination. 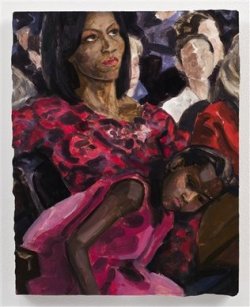