Right this very moment, Google chairman Eric Schmidt is on the ground in North Korea. Here’s what we know about the trip so far.


Let’s start with the fact that Mr. Schmidt isn’t exactly backpacking through the country on his own, crashing at hostels with rowdy Australians taking a gap year. Former New Mexico governor and diplomat Bill Richardson seems to be the ringleader for this little expedition, and the Verge says both Mr. Schmidt’s daughter and his coauthor, Google exec Jared Cohen, are also tagging along on the trip.

It seems so far North Korea offers at least some of the comforts of home: AP reporter Jean Lee (who’s accompanying them) tweeted earlier today, “TV showing ‘Madagascar’ … and teaching North Koreans about phrases like ‘the man’ and ‘blab it out.'”

That’s about it thus far, but accounts online of visits to North Korea hint at what the group might be experiencing. Guides are likely sticking to them like glue, for example, and the whole experience is generally reported to feel surreal. Also, it’s probably best to operate under the assumption that everything is bugged, all the time.

Even with the gang already several hours into their trip, it’s still not entirely clear what exactly Mr. Schmidt is doing in the bosom of the world’s most isolated country. We rather doubt it’s because he just loves Kimjongilia and simply must have some clippings he can repot back in Mountain View.

In this AP video of the visitors disembarking from an Air China plane in Pyongyang, Mr. Schmidt just snaps “no interviews” then moves along. The more gregarious Mr. Richardson (wearing a pretty spiffy scarf) did explain that the trip is “a private humanitarian visit,” and reports indicate the group will at least in part be attempting to secure the release of an American detainee.

But it’s not clear whether this is wholly the purpose of the visit, or whether Mr. Schmidt has some other reason for being in North Korea. Google has said the visit is a “personal” one, but let’s face it–Pyongyang isn’t exactly on par with Panama City Beach in terms of vacation destinations.

Mr. Richardson explained a bit more about his reasons to AP reporters:

“This is not a Google trip, but I’m sure he’s interested in some of the economic issues there, the social media aspect. So this is why we are teamed up on this,” Richardson said without elaborating on what he meant by the “social media aspect.”

There’s not much happening in North Korea in terms of “the social media” aspect; the nation has its own intranet, and access to the Internet is, at the risk of understatement, quite limited.

Meanwhile, U.S. officials are still not very happy that Mr. Schmidt has had the nerve to go on any such trip. On Twitter, John McCain called the vacationers “useful idiots,” borrowing Stalin’s contemptuous nickname for Western sympathizers. (We suspect the senator isn’t giving Mr. Schmidt enough Machiavellian credit.)

Whatever the motive behind Mr. Schmidt jaunt across the D.M.Z., he might want to be on the lookout for villainy, in the style of 30 Rock:

Seriously why isn’t North Korea going to kidnap and ransom Eric Schmidt? Seems so straightforward to me.

Or perhaps it’s all a set-up on behalf of Liam Neeson? 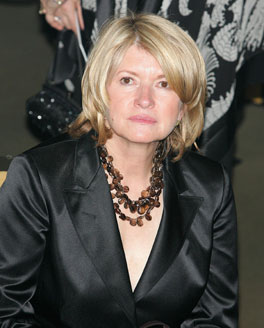