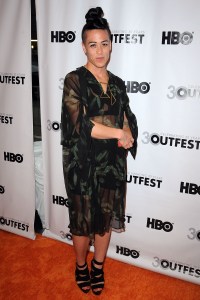 The Foundation for Contemporary Arts, an arts-funding nonprofit that is celebrating its 50th anniversary this year, has announced the recipients of its annual unrestricted grants. It has selected 14 artists, who will receive $25,000 each. (Thank you to Artforum for bringing the announcement to our attention.)

Among the grantees this year is performance and video artist Wu Tsang, who made appearances in both the 2012 Whitney Biennial and the 2012 New Museum Triennial and whose film Wildness (2012), about the LGBTQ community surrounding the Silver Platter bar in Los Angeles, was one of the highlights of the past year. He shows with Clifton Benevento in New York. Matt Hoyt, who makes small but strong objects that he places on modest shelves and who appeared in the 2012 Whitney Biennial, is another winner. He’s repped by Bureau in New York.

The full list of people being presented with awards by the FCA, which was founded in 1963 by Jasper Johns and John Cage to support young artists, follows below.