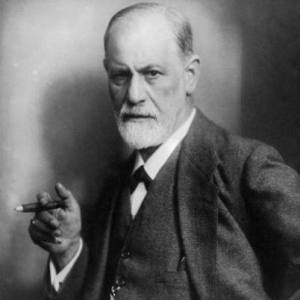 As part of an exhibition of works from the Jewish Museum collection curated Barbara Bloom, called As It Were…So to Speak, Sigmund Freud’s cigar box will be displayed at the museum inside a reconstructed psychoanalyst’s consultation room. Because sometimes a cigar box is, in fact, much more than a cigar box.

Also included in the show will be a Dreyfus Affair board game with ancient Roman dice and “imagined guests” like Nefertiti, Émile Zola, George Gershwin and others. Sounds like a party you’d invite your IRS attorney, doctor, and dentist to! The show is on view March 15 to August 4.