WASHINGTON, D.C. – As the New Jersey State Society’s inaugural ball got under way, organizers were mum on whether to expect Gov. Chris Christie at the proceedings.

“We’ll all find out if he’s coming together,” said Brian Nagle, spokesman for the society.

One clue to the governor’s intent lay in a press release sent earlier this evening from Acting Gov. Kim Guadagno.  Christie appoints Guadagno to act in his stead when he leaves the state.

Meanwhile, guests flowed into the event, which as in years past is a tribute to the Garden State.

The sounds of Springsteen tribute band The B Street Band filled the hall as patrons waited in line for New Jersey diner food including Disco fries, mac and cheese and mini hamburger sliders.

Four years ago, then Gov. Jon Corzine skipped the event, but it is tradition that the state’s governor attend.  Should he show, he may have a tough time finding other Republicans to hang out with.  Several Republican lawmakers have chosen to sit the event out, though second term U.S. Rep. Leonard Lance said he sees the event as a celebration of Democracy.

“The inaugural weekend and inaugural ceremony is a celebration of the freedom of the United States that we choose our leaders through regularly scheduled elections. I was obviously a strong supporter of Gov. Romney. President Obama won the election and I hope to be able to work with him and his administration in a second term.” 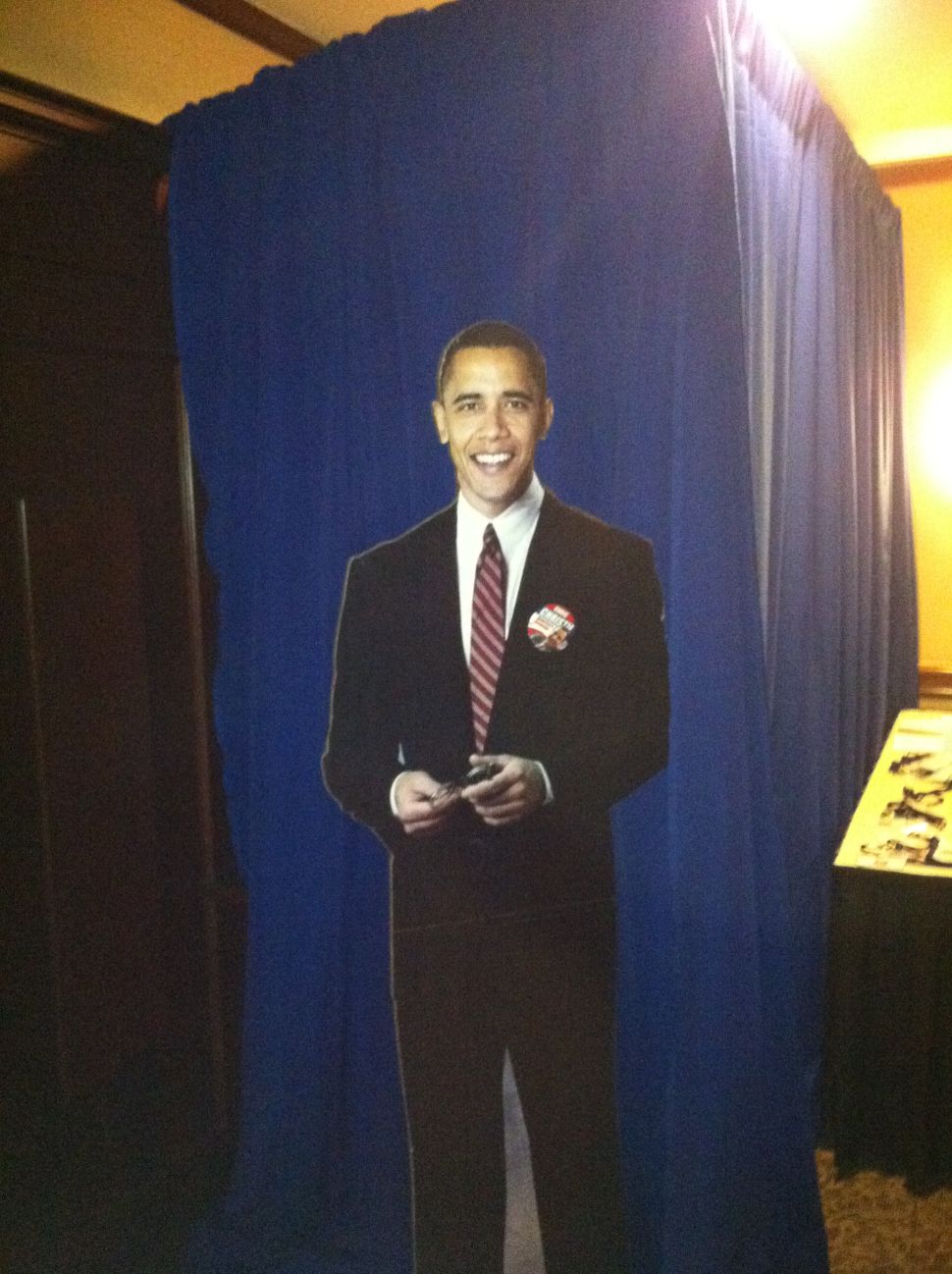