During Hurricane Sandy, the site of the National September 11 Memorial and Museum complex was overcome by more than 16 million gallons of floodwater, which ruined wires and drywall and ravaged a handful of iconic artifacts.

In an emotional essay on the museum’s website, director Alice Greenwald described seeing “seven feet of standing throughout the museum.”

“The humidity was thick, like a sauna,” she wrote. “This was a disaster.”

The site’s extensive flooding is renewing protests over a plan to move the 8,584 still-unidentified remains from 9/11 victims into a repository adjacent to the base level of the museum, seven stories below ground. Family members of the dead fear that putting the remains so far under the earth—in flood zone A, no less—leaves them unnecessarily vulnerable to the elements, particularly with researchers still actively conducting DNA tests on those body parts.

“It’s going to happen again,” said Russell Mercer, the father of a 32-year-old firefighter who perished in the attack. “Those human remains should not be there.”

Though his corpse was never recovered, his parents still hold out hope that scientists will yet find some part of him that they can bury. “I can’t even go to a cemetery and visit his grave,” Mr. Mercer told The Observer. “I have an empty seat at my house on the holiday.”

Prior to Hurricane Sandy, the remains were stored above ground in a parking lot adjacent to the medical examiner’s 30th Street office and were removed to a secure location during the storm. When construction is completed—in late 2013 or early 2014, according to officials—all of the remains will be moved over to the repository site, where they will rest until they’re sampled and transferred, one by one, to the city medical examiner’s office for testing. The agency has committed to identifying every piece of bone, tissue and DNA found at Ground Zero, insofar as testing methods allow.

Mr. Mercer is afraid that when the remains are transported to the bedrock of the memorial site and there’s another storm and another flood, he’s going to lose his son another time.

Most of the museum’s thousands of artifacts were stowed before the storm in secure locations, but some of the larger pieces, including the Last Column, the World Trade Center cross, two fire trucks and a cab, remained in the structure, shrink-wrapped to protect them from the surge. While the Port Authority installed dozens of sandbags and concrete barriers and additional pumps, those efforts were no match for the gushing .

Michael Frazier, the museum’s spokesperson, said that despite the precautions, some artifacts were damaged. “We’re doing all the work we can with our conservators to make sure any damage is remediated,” he said, noting that the objects were pretty banged up to begin with, given their source. “They came from the rubble. It’s a relative thing.”

One construction worker faced with the task of emptying the waterlogged location was somewhat more candid. “Everything that’s in there is fucked—the fire truck, the taxicab—it was so sad to watch,” he said. Exposure to seawater made the metal artifacts vulnerable to corrosion, he said, and inadvertently cleaned them. “The dust, the sweat and the tears—it’s washed away,” he said.

It took more than a week to pump out all of the , and the museum is still assessing how much damage the flood caused. Mr. Frazier said that some of the wiring, Sheetrock and other infrastructure needs to be replaced. The Port Authority filed a request for FEMA assistance on November 27, records show, but a dollar figure for the damage done to the site is not yet available.

Steve Plate, the director of World Trade Center Construction, noted that the museum site was especially vulnerable because it was roofless at the time of the storm. “We will continue to re-evaluate and implement additional strategic flood mitigation efforts moving forward,” he said in a statement.

The Office of the Medical Examiner did not detail its own emergency plans for the repository. 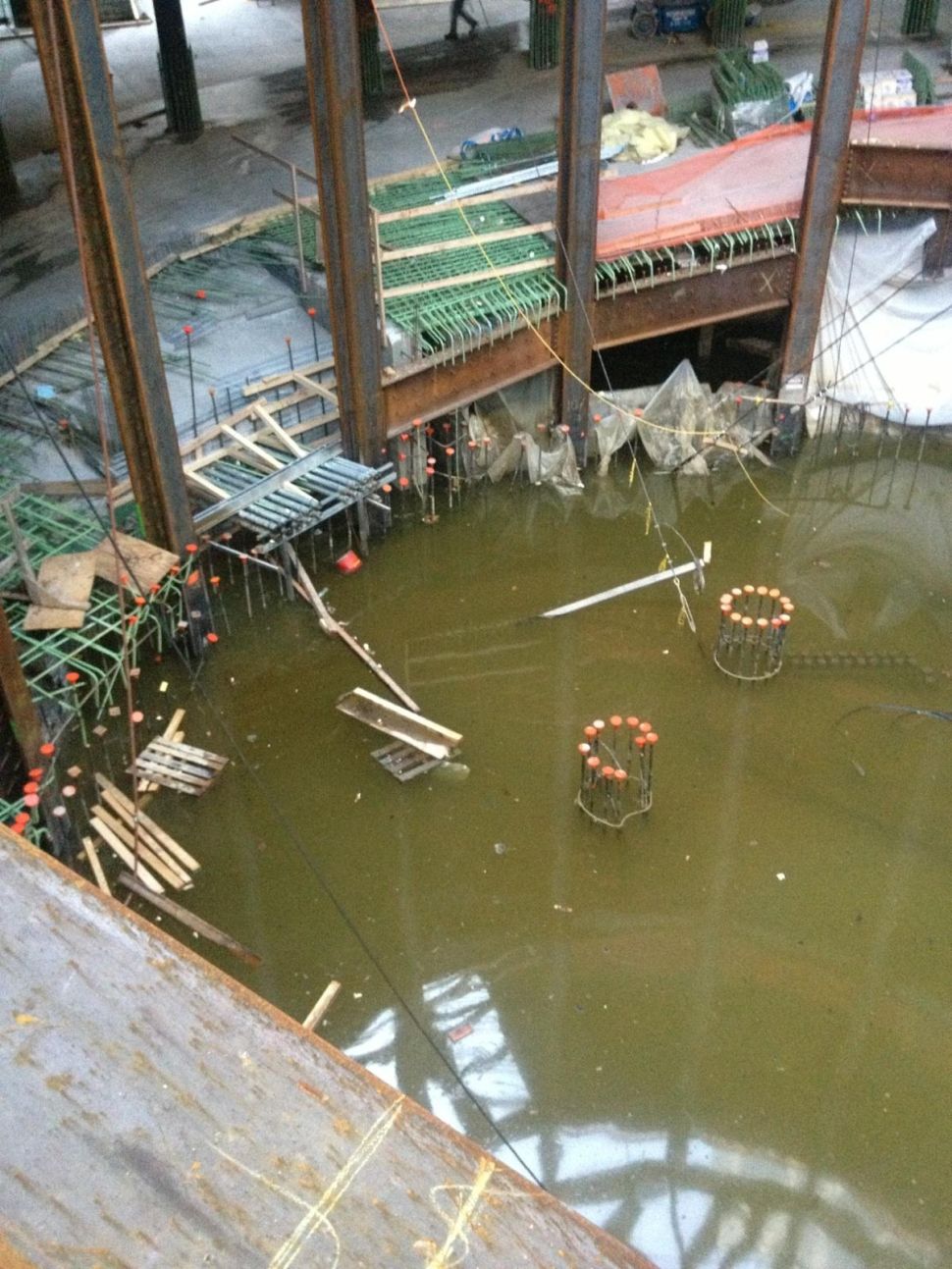