It’s the urban Palisades against the Mountain Man Appalachian foothills.

Gun control legislation dropped this week by Assemblywoman Angelica Jimenez (D-32) just set up a high noon Statehouse showdown with Jimenez’s GOP rival on the far west side of the state.

“Driving an automobile is a privilege,” added the Republican assemblywoman. “Forty-thousand people die in auto accidents each year. So I’m wondering why Assemblywoman Jimenez hasn’t dropped legislation that ‘requires psychological evaluation and in-home inspection as prerequisite to purchase’ an automobile?  I’ll be interested in examining the criteria of these in-home inspections that she is proposing.” 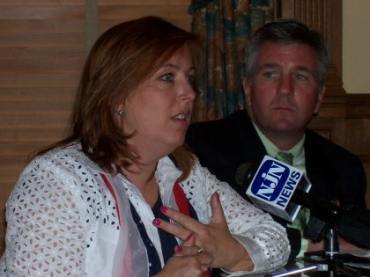