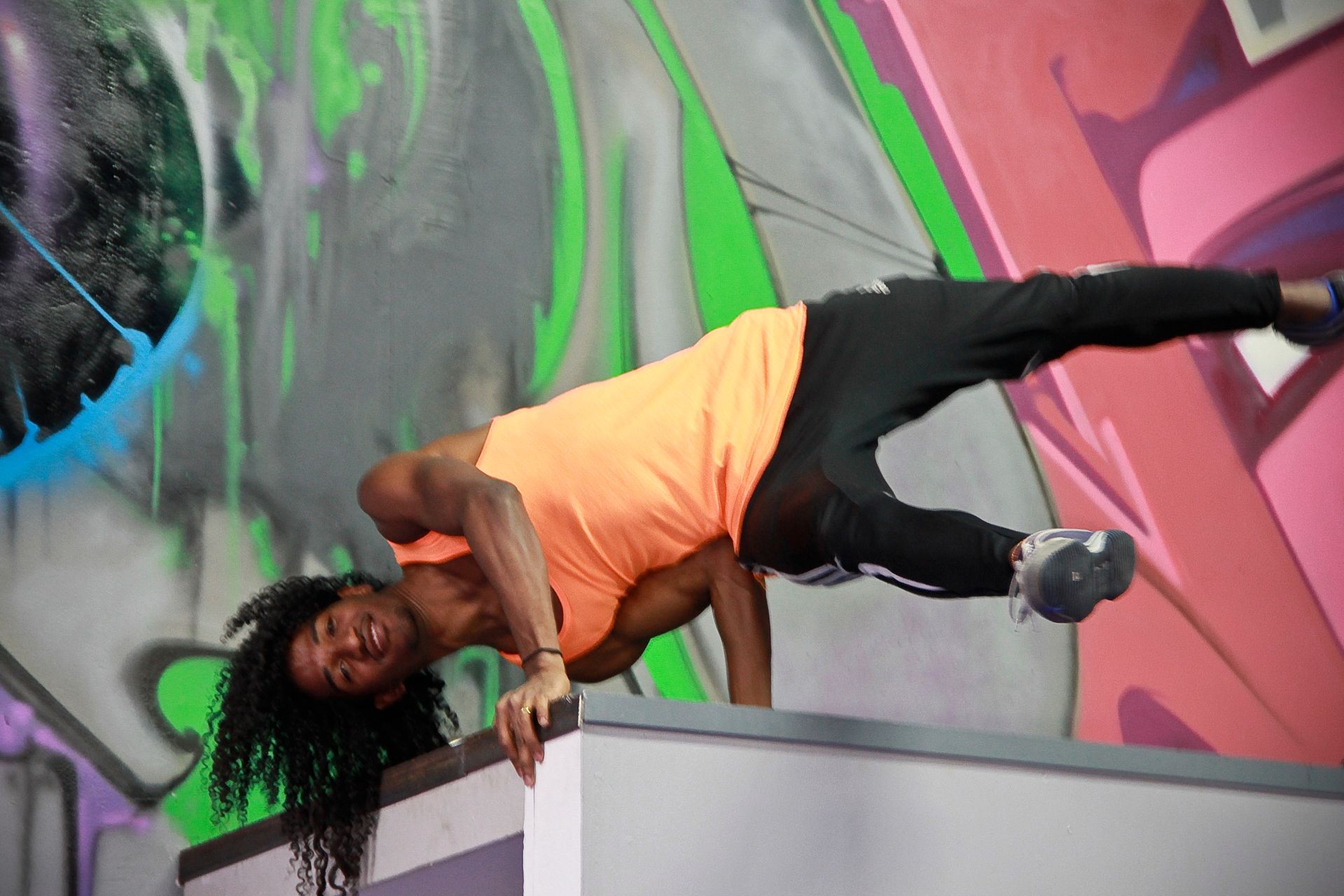 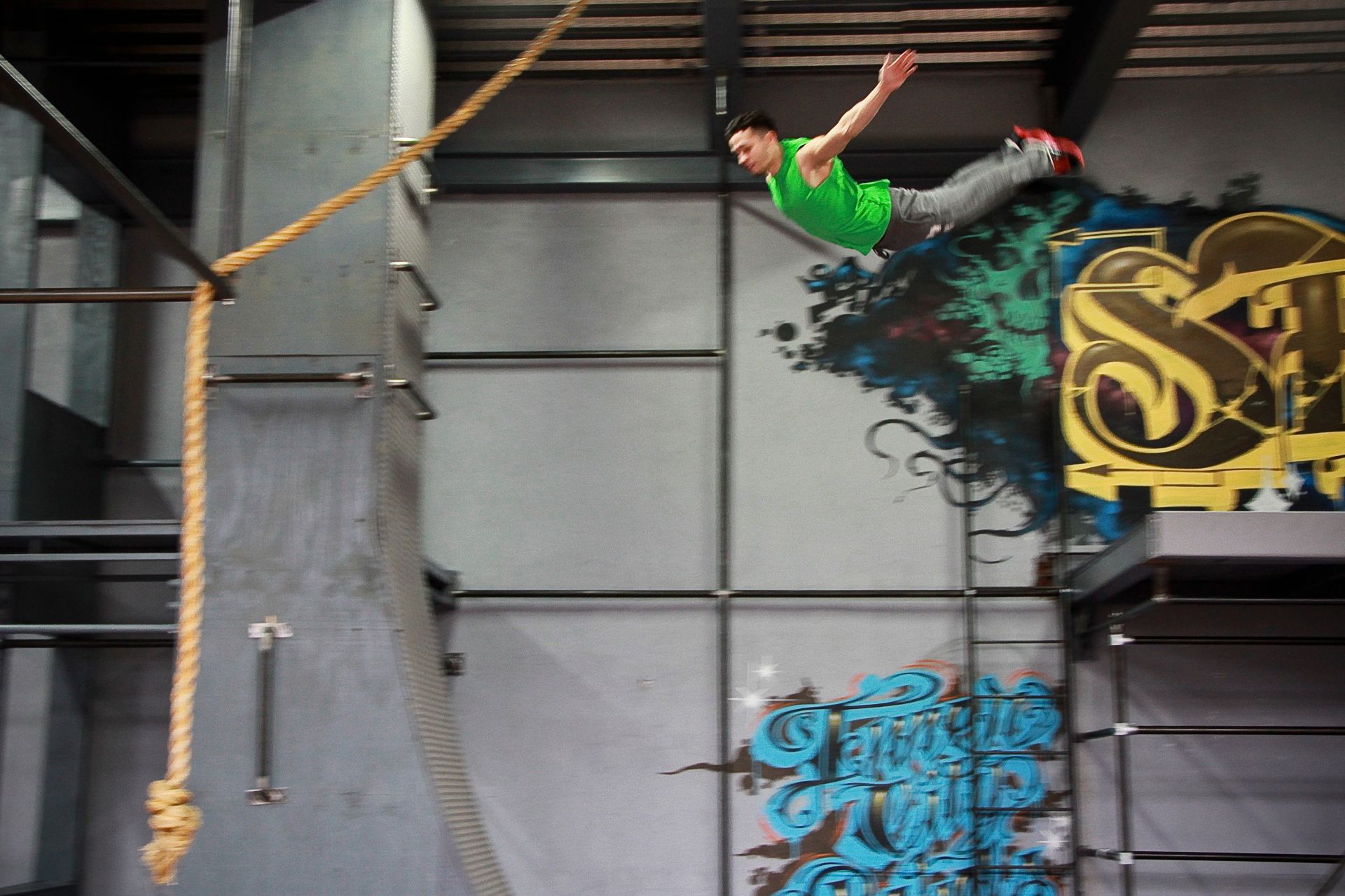 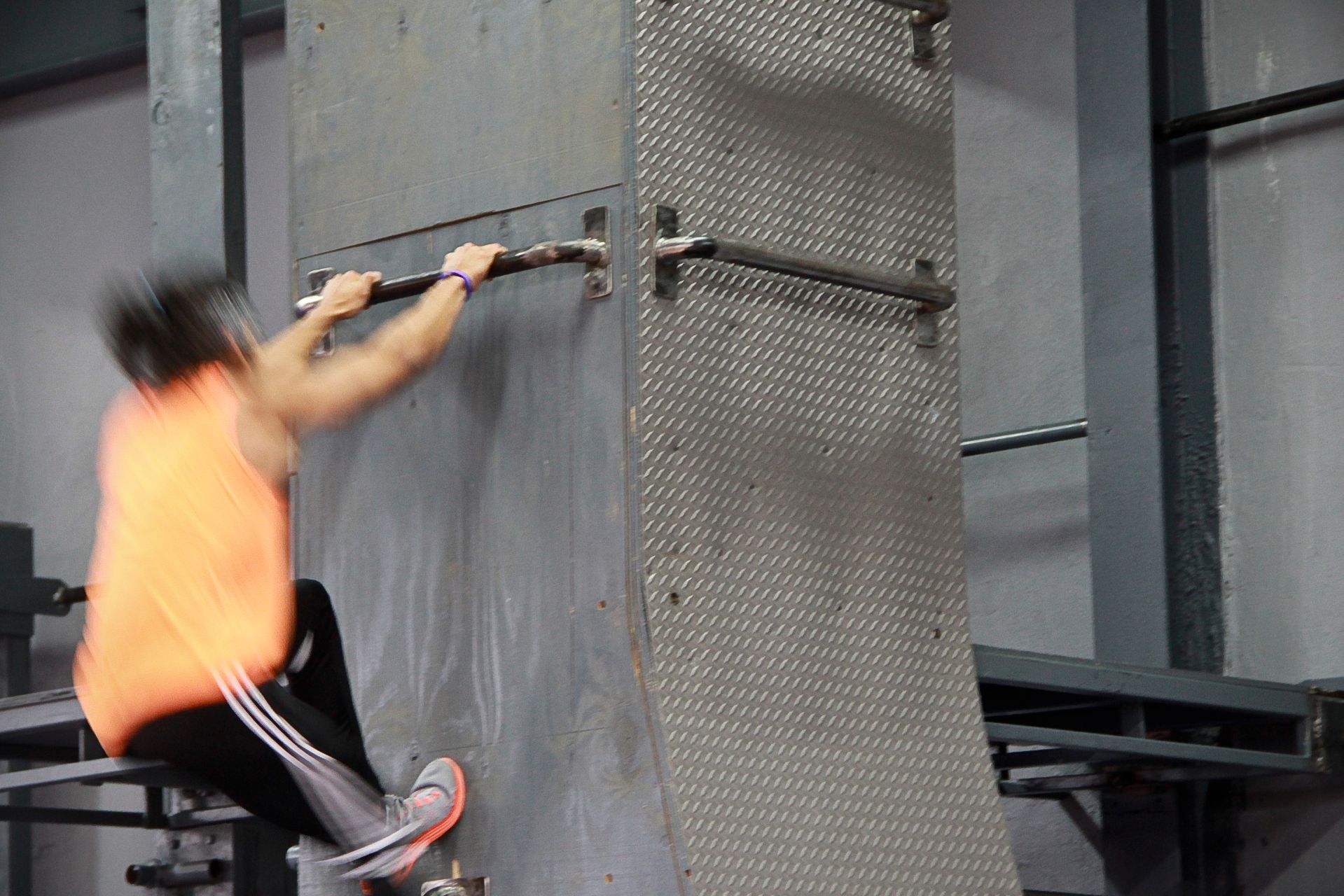 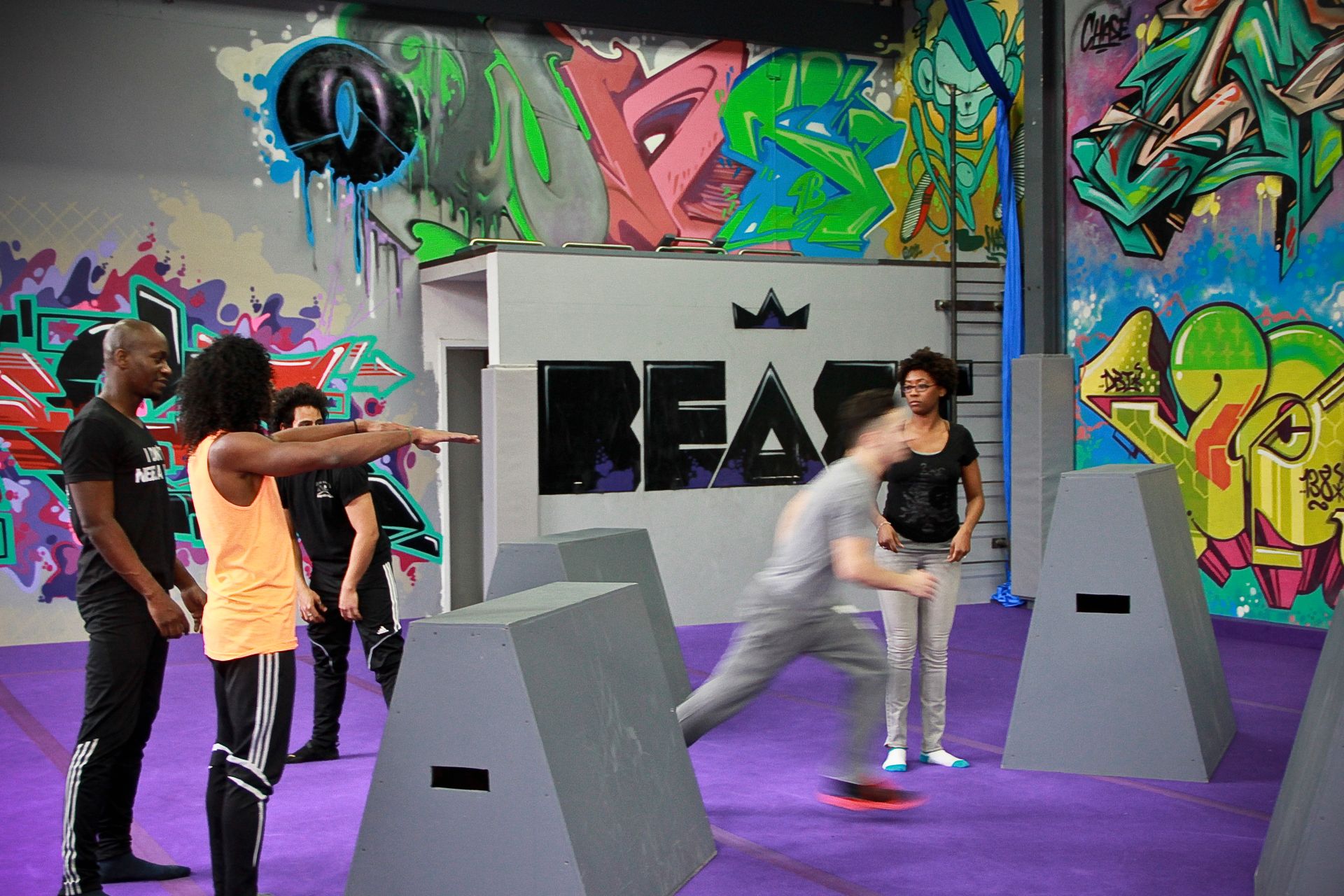 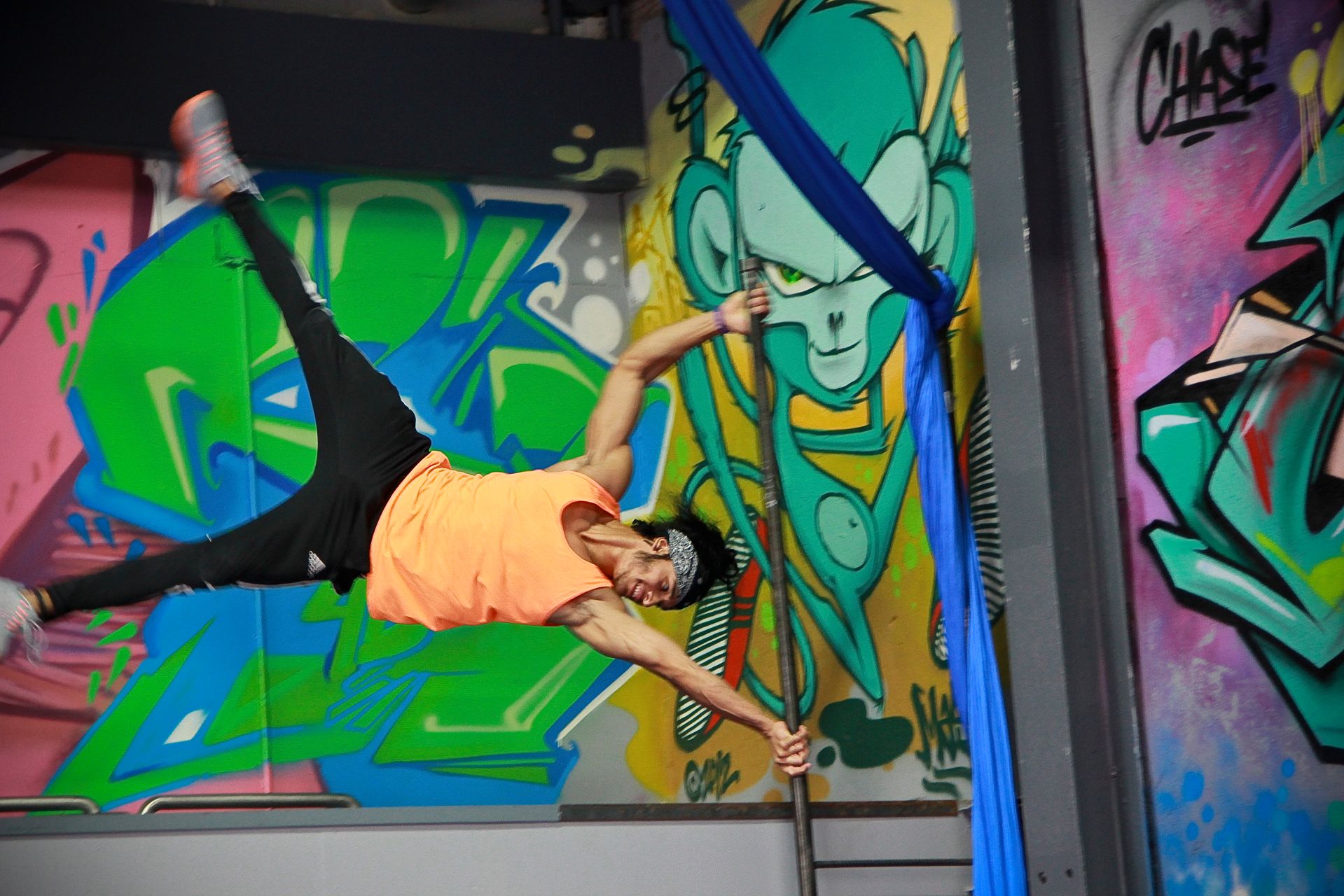 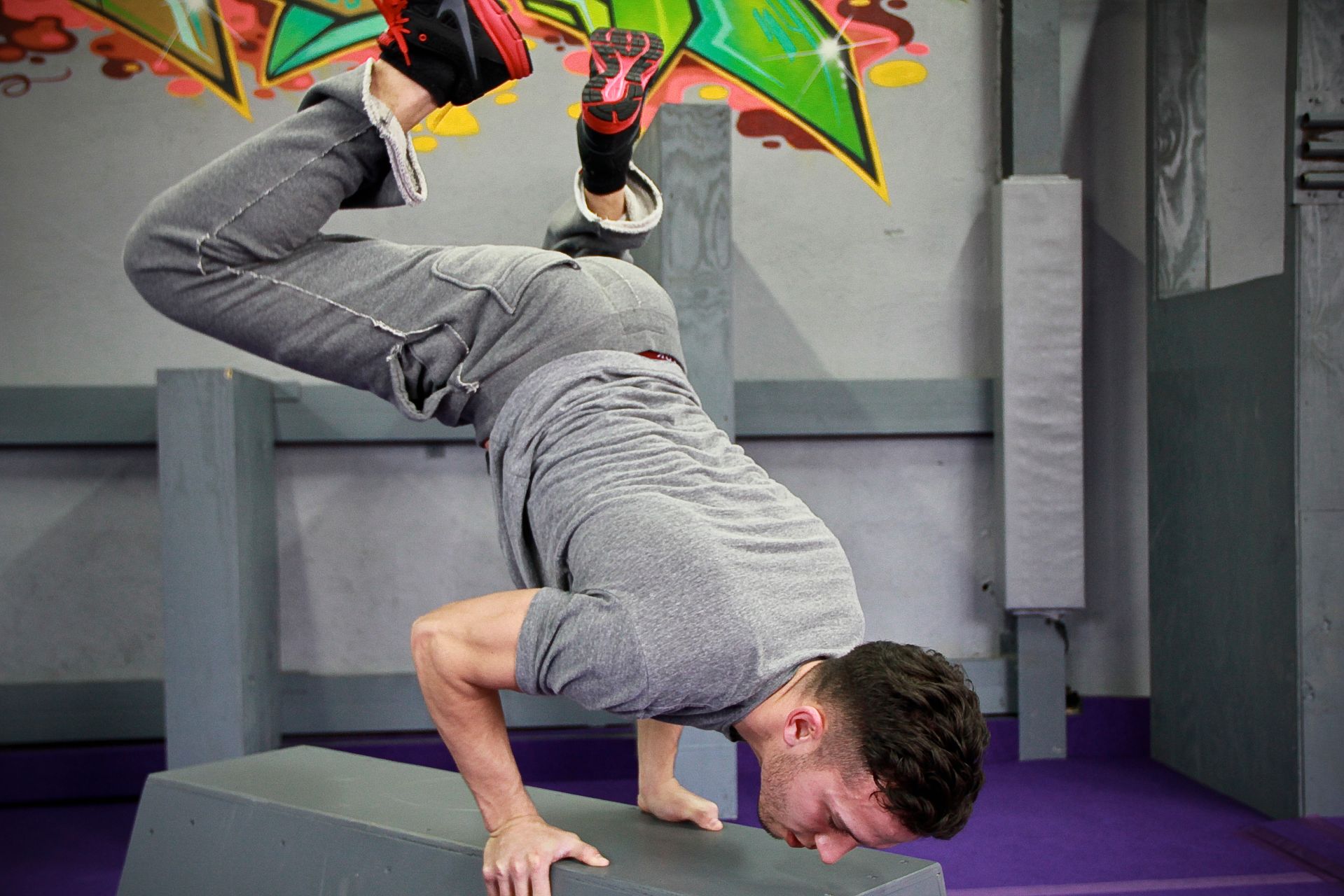 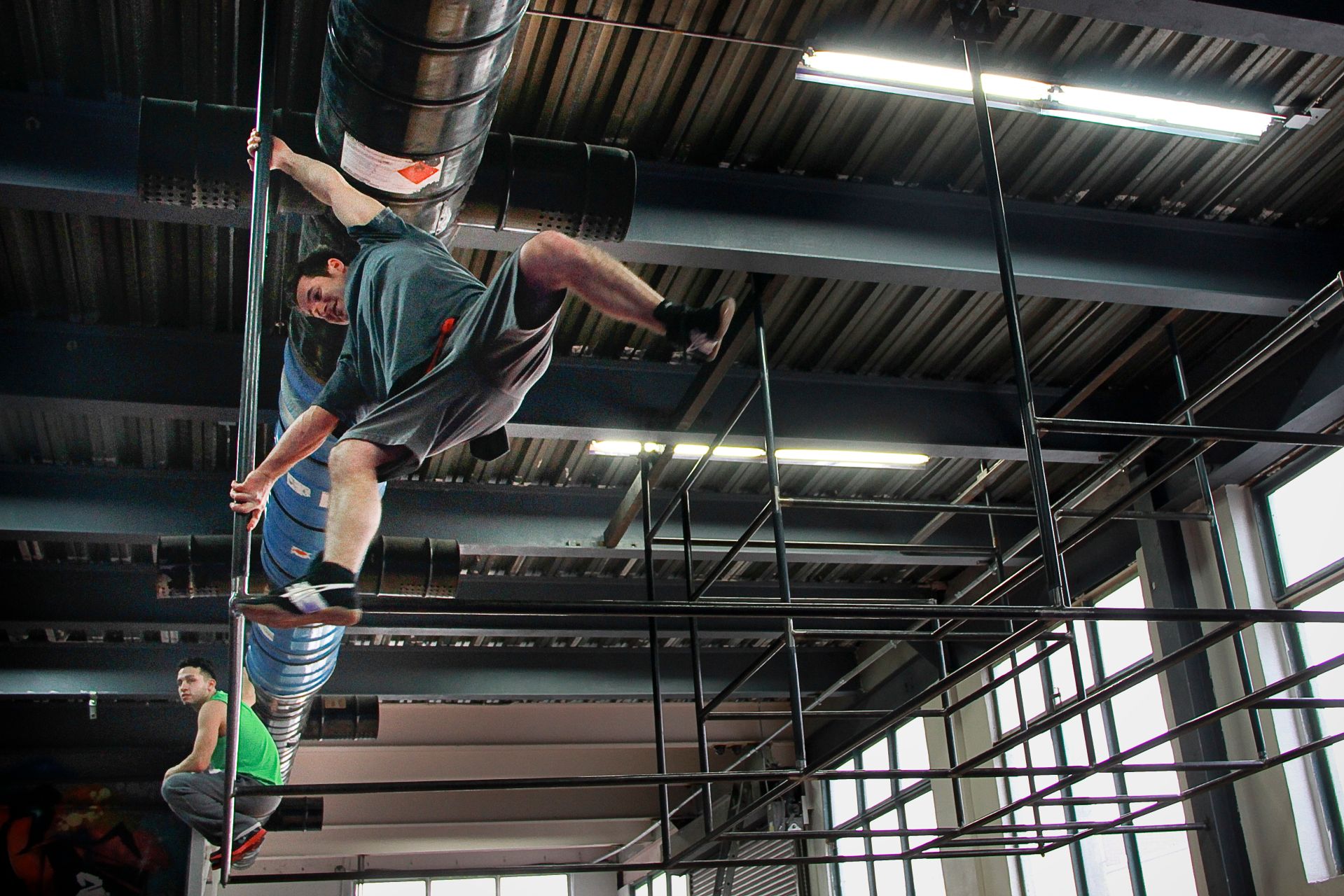 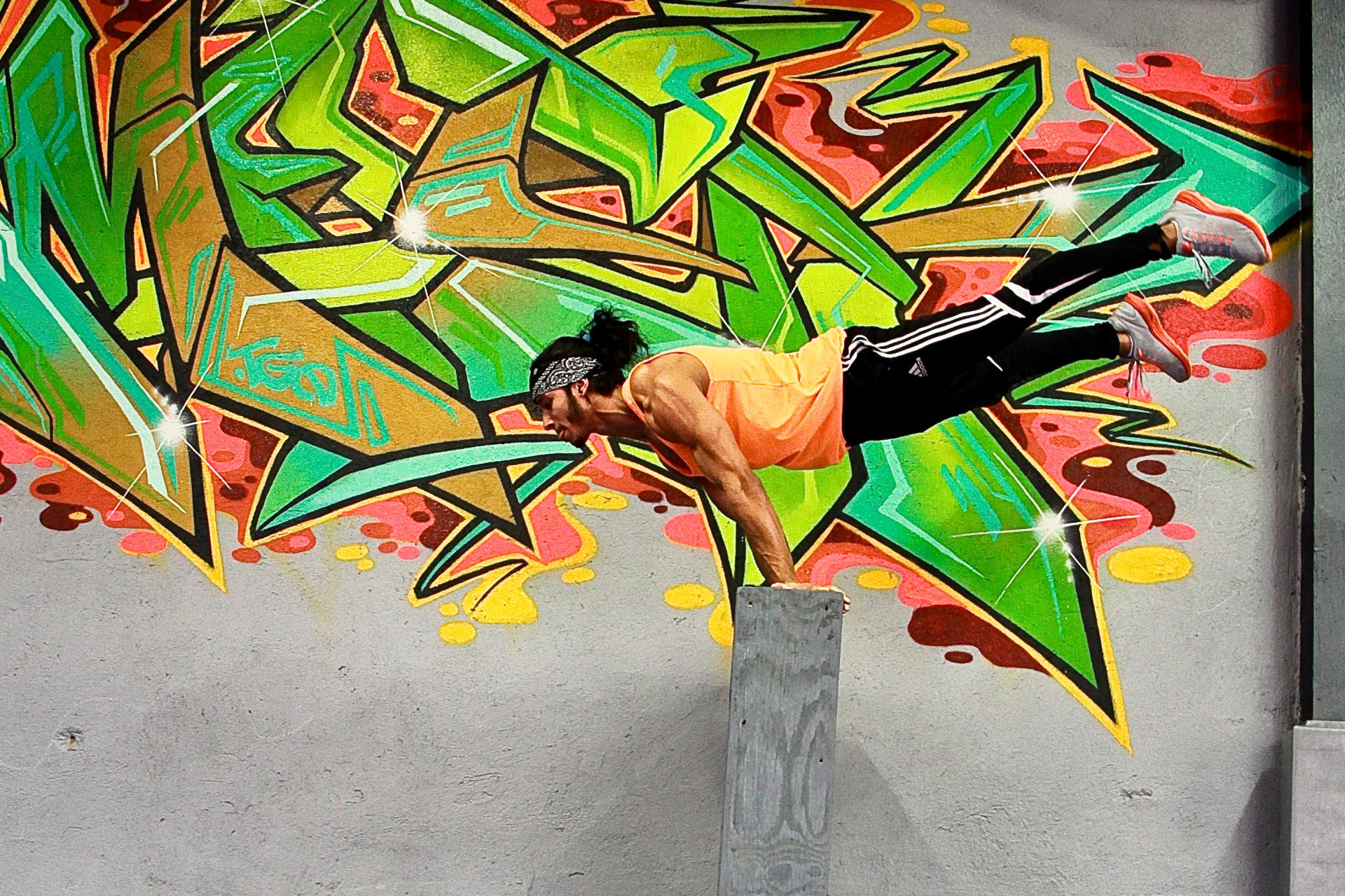 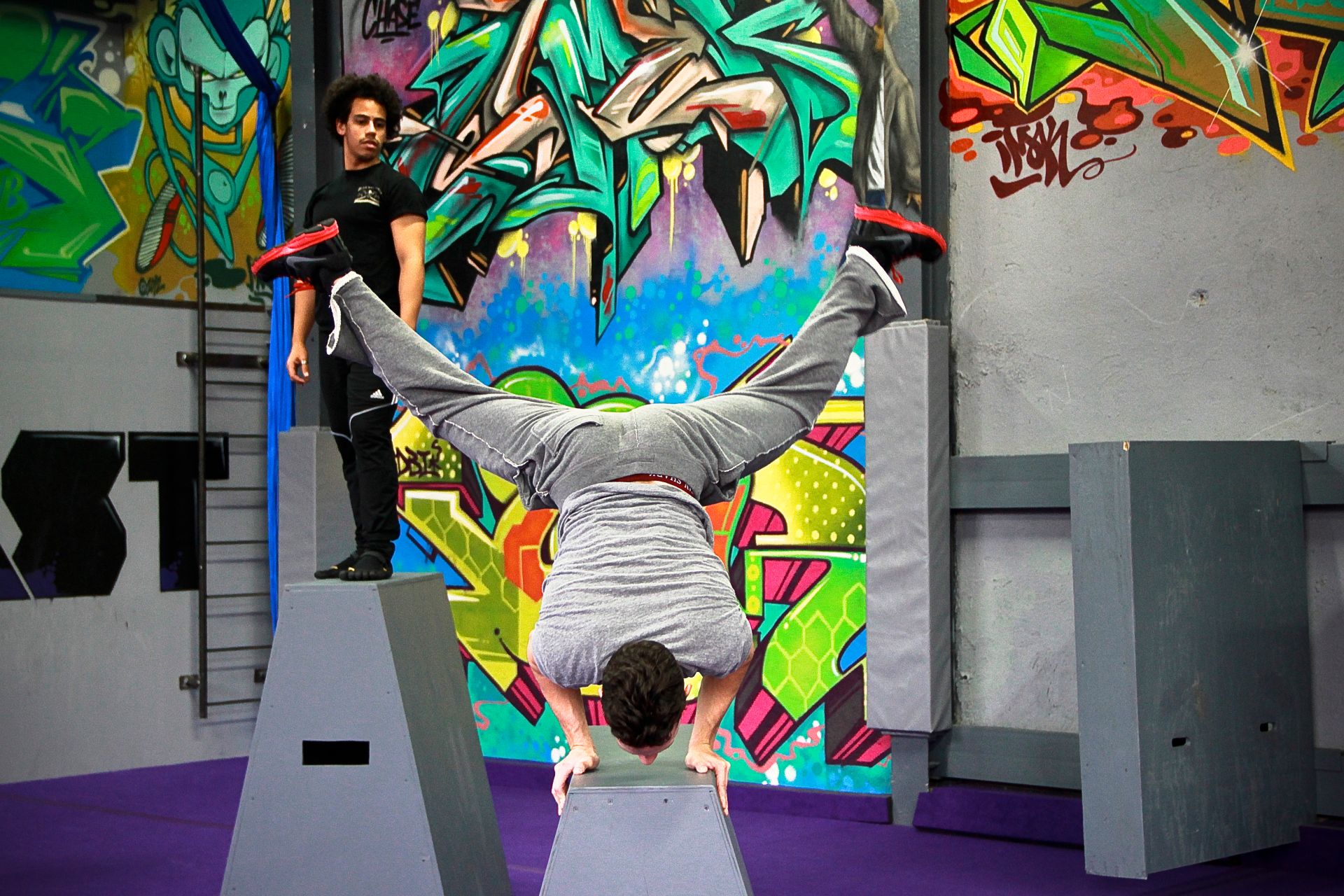 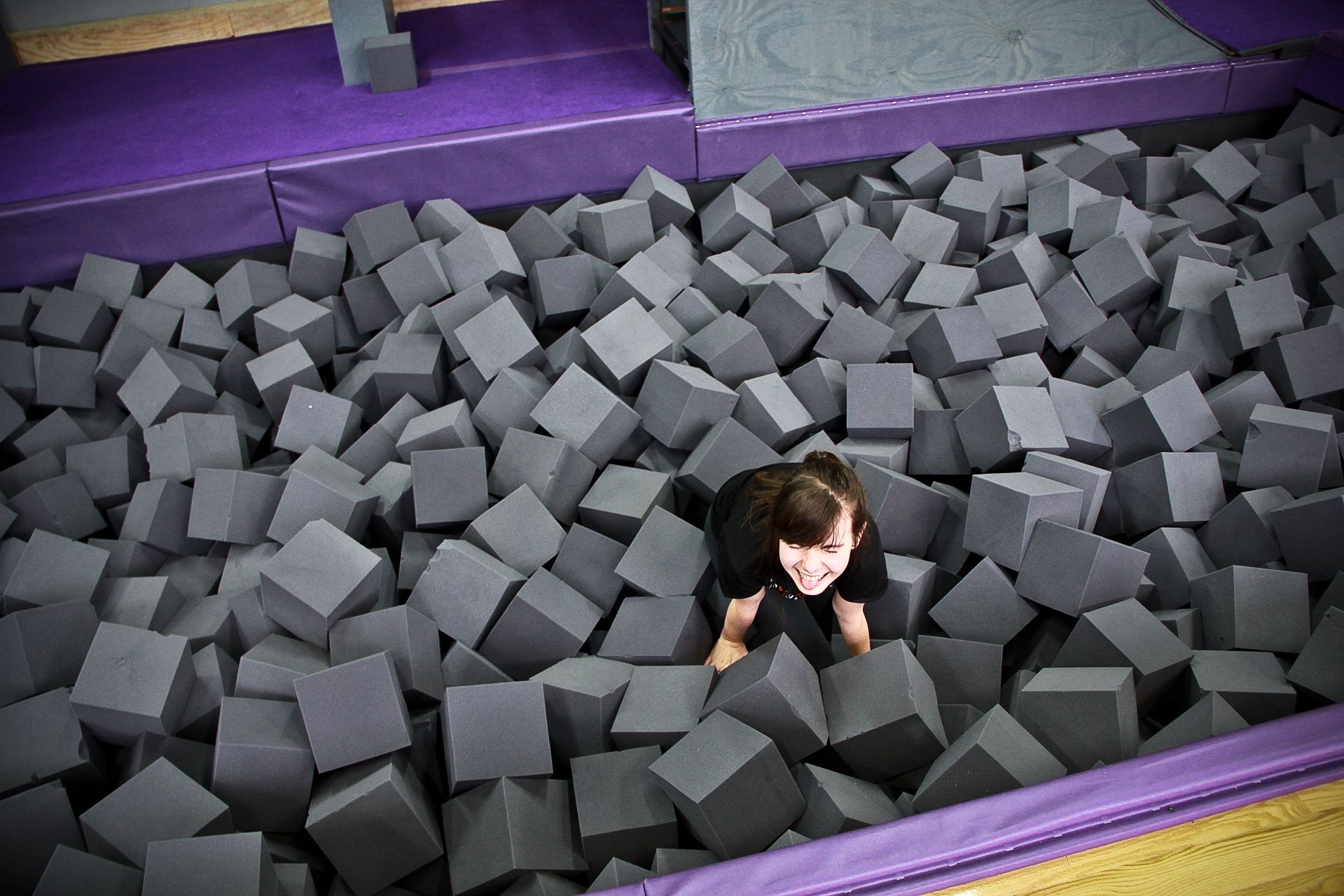 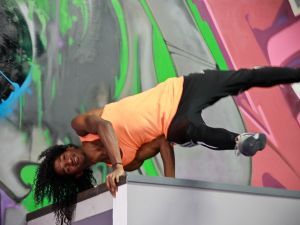 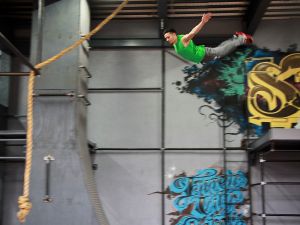 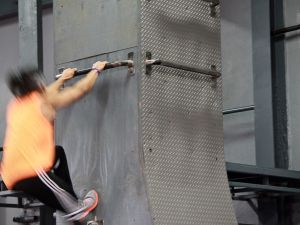 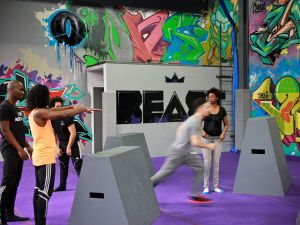 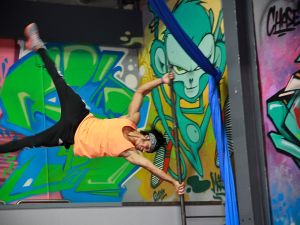 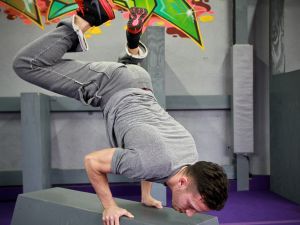 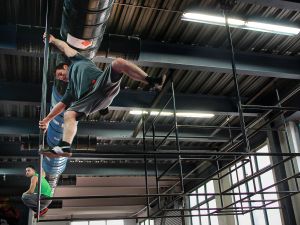 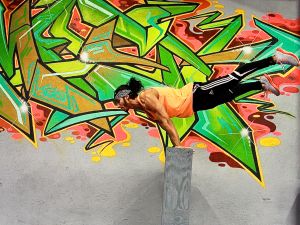 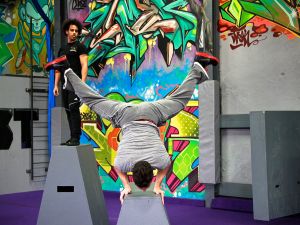 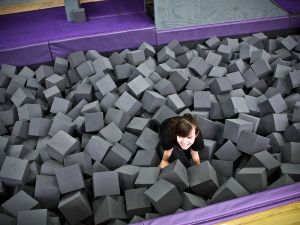 Straddling the ever changing East Williamsburg/Bushwick divide, surrounded by warehouses and empty of pedestrian traffic, a new gym plans to summon the dormant monkey caged deep within most New Yorkers.

Bklyn Beast, opening January 26, is a gritty warehouse turned into an innovative mix of gymnasium, parkour training space, and as put by co-owner Masi “Yahya” James, “a production house.”

Let us bear in mind that the Beast’s soft opening happened only a short week ago, but Mr. James proudly claims that open sessions are already bringing in between thirty and fifty people a night, all of whom can be found working on their own craft. The Beast plans to teach the masses parkour, the constantly moving urban sport that combines climbing, jumping, running, balancing and scaring the shit out of complete strangers.

“We do an open session where you can just come and work on whatever skill or talent you want to at your own time without a teacher,” he said.

But what kind of talent can be found here, exactly? One particular Observer reporter walked in on some ripped dudes tactfully somersaulting from great heights into a pit of foam bricks before running up a vibrant graffiti wall. They then each opted to grab hold of pole and, using only their hands for support, lifted their entire bodies to be perpendicular to the beam. This style of extreme exercise is aptly named … the “flagpole.”

It looked difficult; The Observer exhibited mild concern for the well-being of everyday folks looking to try an alternative form of exercise, but Richard Rodriguez, a 22-year old parkour instructor at the Beast, was able to calm us. “A lot of people think that parkour is about being dangerous and what not, it’s totally not, it’s actually the opposite, parkour is about being as safe as possible.”

For those new to the parkour experience, instructional classes are held at beginner levels in not only parkour and trick training, but also in things like dance, tumbling and yoga. Classes for kids are held earlier in the day, followed by adult classes. Nights around here are concluded with open space for advanced students to practice any crazy tricks their bodies allow.

“We don’t wanna be the reason you’re jumping from a rooftop to another rooftop,” Mr. Rodriguez explained, “we teach safety here, and that’s just the way we’re going to keep it.”

As for the physical space the Beast occupies, co-owner Shem Rajoon employed the decorative flair of a group called the Inner City Rebels, who are known for their graffiti around the neighborhood. “I think the highlight is just the facility, I feel like there’s no facility that looks anything like this,” Mr. Rajoon said. “That’s that unique thing that we have around here … is just everything put together—the floor pulling out the colors of the graffiti on the wall, the dance floor glistening … I feel like the whole space is many different things.”

And it is the many different things, the variety offered by the facility, which actually unites the Beast’s visitors. “We finally have a spot for acrobats, parkour traceurs, dancers, capoieristas and we can all just train together in one setting and feed off each other’s creative vibes,” he said.

“We believe in giving people the freedom to express themselves creatively in their own ways,” said Mr. Rajoon.

The community seems on board with this idea. Jyce Musa, a 23-year old dancer who came by ready to practice called this admitted that there’s no other place like this one. He was pleased to say that this venue will “raise the bar for being a better New Yorker.”

One of very few passerby in the area, Chris Gwyn, who works in the building next door, was also a fan of the potential the venue plans to offer. “I think its gonna continue to bring unique businesses to an area that was vacant,” he said.

But for Mr. Rajoon, the idea behind this innovation is somewhat more meta, and so he paraphrased David Belle: “We teach you movement, we teach you how to move so you could go in the world.”

Address: 230 Bogart St. a few blocks away from the Grand St. L train