Richardson was the top vote getter in the 2011 Jersey City Special Council Election. Prior to that, she served as Ward F Councilwoman for over a decade.

“Viola Richardson and I share the same motivations in all that we do – namely, always doing what’s best for Jersey City’s families and our community,” said Healy. “Councilwoman Richardson is a strong, independent voice, and I’m proud of all the work we’ve accomplished together to move our city forward.”

“Just like Mayor Healy, I’m driven to always do what’s best for the residents of Jersey City and those who work here,” said Richardson. “And together, we’ll continue to work hard to make Jersey City a better place for all.”

Richardson said she believes Jersey City has made strides during Healy’s tenure, citing progress in the neighborhoods, including the pool at Dr. Ercel Webb Park, opening of new businesses throughout Jersey City and chromium cleanup of city parks.

After a century going by with no new parks in Jersey City, a new park (Berry Lane) will transform a former brownfield into a beautiful setting for families to enjoy as the city’s largest municipal park, said the candidate.

Richardson served the Jersey City Police department for 21 years with distinction, spending many years as a beat cop and a community liaison in the East & West Districts of Jersey City.

She holds a bachelor’s of Science in Criminal Justice from New Jersey City University. 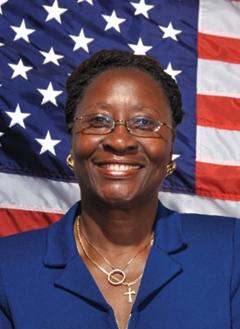