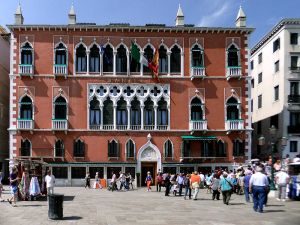 After making its first appearance at the Venice Biennale in 2011, Iraq is returning for round two this summer. The Ruya Foundation for Contemporary Art in Iraq, which is in charge of the pavilion this year, announced today that it will present a group exhibition in the city’s Palazzo Dandolo. Jonathan Watkins, the director of the Ikon Gallery, in Birmingham, England, has been tapped to curate it.

Though there’s no official artist list yet, the news release offers some details about the research that has gone into the project:

Jonathan Watkins and Tamara Chalabi, Chairman of RUYA, worked with researchers and experts from within the country to find artists. They hosted educational events for groups of over 90 artists and visited studios in Baghdad, the prince of Babylon, and Kurdistan in Northern Iraq. In February they will make a third trip to the country to meet artists in Basra in the South, before returning to Baghdad to make a final selection.

The Palazzo sounds like it will be a very fine venue:

The exhibition will be held at Palazzo Dandolo, a 16th-century building that has not been used as a pavilion before during a Venice Biennale. The exhibition will insinuate Iraq into this first floor apartment, creating a salon atmosphere and interactive space where visitors can sit, read and learn about Iraqi.

In 2011 the Iraqis hosted a six-person show at the Gervasuti Foundation.

See you in Venice!