According to campaign spokesman Bruno Tedeschi, the building at 2175 Kennedy Blvd. will serve as campaign central for the next four months for Fulop and his running mates, who were introduced for the first time today as a team.

“If you give me the opportunity and if you give this team the opportunity to show you that things will be different, we will achieve more than you think we will achieve. I will promise you that,” Fulop said. “There is no reason why Jersey City can’t be everything we imagined that it has the capability to be. We can have the best schools, the safest, cleanest streets. It is possible and this team is focused on it.”

Fulop said prior to leasing the space, the building sat vacant and decaying for years. Volunteers removed massive amounts of garbage and spruced up the interior space to accommodate dozens of campaign volunteers who will be working around the clock until the May 14 election.

“We worked hard to get this building in shape because it symbolizes what this campaign is about,” said Fulop, who’s challenging incumbent Mayor Jerry Healy. “It’s about going into neighborhoods, going block by block, person by person and getting involved. And that’s why we are all here today.”

Fulop relayed the story of a resident who saw a glowing “Elect Steven Fulop Mayor” neon sign in the building Friday night and knocked on the door to see what was unfolding. Fulop told the resident that the building would serve as campaign central for his mayoral bid.

“He said ‘sign me up because most people run from this neighborhood and I appreciate you coming in here and wanting to be a part of it’,” Fulop said. The campaign headquarters is located on the boarder of Wards A and B.

Fulop introduced his slate of council candidates, some of whom have previously served, while others are newcomers to the political scene.

Fulop’s running mates vying for the three at-large seats are: Councilman Rolando Lovarro, Daniel Rivera and Joyce Waterman. The other candidates on the ticket are: Frank Gajewski in Ward A, Khemraj “Chico” Ramchal in Ward B, Assemblyman Sean Connors in Ward D, Candice Osborne in Ward E, and Councilwoman Diane Coleman in Ward F. Fulop plans to finalize his choice for Ward C shortly.

“Once my teammates get elected, they are going to do a terrific job for all of the city,” Fulop said.

“Mayor Healy welcomes Steve Fulop and his team to the race, and we hope Team Fulop doesn’t get too dizzy spinning themselves in circles when voters see their hypocrisy on pay-to-play, record of wasting taxpayer money and lack of transparency,” Henne said. “Today, while Fulop was talking with the same group of fawning insiders he always talks with, Mayor Healy was out walking door-to-door, meeting  constituents and getting input from voters to keep the progress going in Jersey City.” 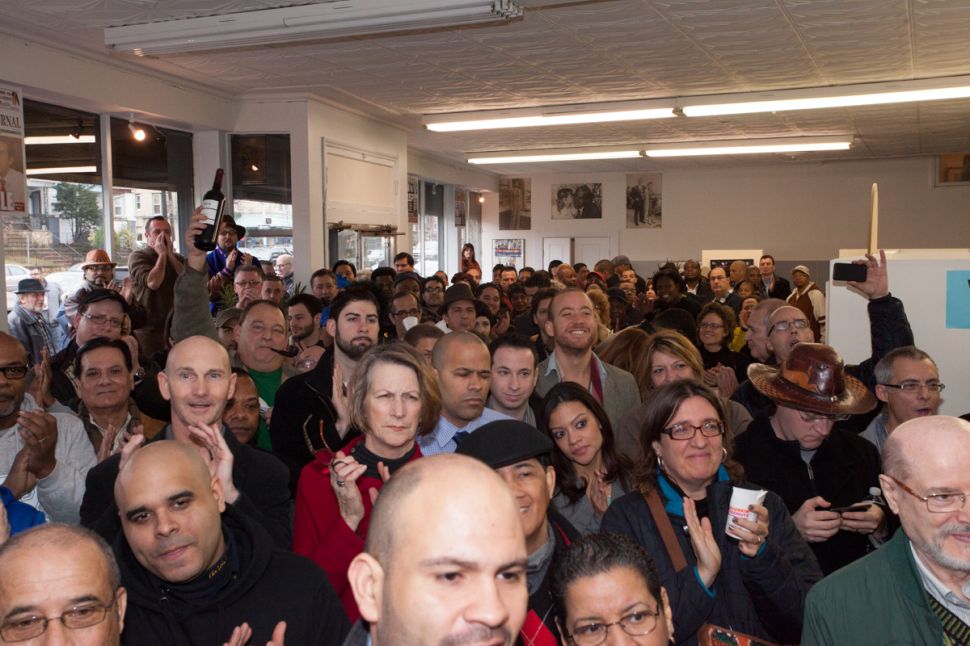