John Catsimatidis may be running for mayor as a Republican, but his wallet is still wide open for the city’s Democratic candidates.

According to the latest campaign finance reports, Mr. Catsimatidis, a supermarket and oil magnate, recently gave large sums of money to Democrats Tish James, Domenic Recchia and Melinda Katz as they compete for various offices this year. Each donation surpassed a thousand dollars.

“Check my record for the last ten years, I’ve contributed millions to Democrats,” Mr. Catsimatidis told Politicker this morning. “I’m running as a Republican pro-business candidate and I’m also running on another party line, whether the Independence or Liberal Party, whatever, as a pro-Clinton type of Democrat.”

The donations weren’t random, of course. Ms. James represents a district where a Red Apple supermarket—part of Mr. Catsimatidis’s grocery chain—opened in 2011. Mr. Recchia is the chair of the powerful City Council Finance Committee while Ms. Katz, the former chair of the City Council Land Use Committee, is reputed for her deep ties to the business community.

“Letitia James, I got to know her in Brooklyn. She’s very helpful with community issues. Remember these key words: you always say thank you to friends, you never forget your friends,” Mr. Catsimatidis said. “Domenic Recchia, he’s a pro-business Democrat. Melinda Katz was my lawyer and she’s married to my friend Curtis Sliwa.”

A former Democrat and past supporter of Bill Clinton, Mr. Catsimatidis fundraised heavily last year for Mitt Romney. But more locally, Mr. Catsimatidis hasn’t contributed to a Republican campaigning for a city office since David Casavis in October of 2009, when Scott Stringer obliterated Mr. Casavis in the Manhattan Borough President race. However, Mr. Catsimatidis’s wife did boost the campaign coffers of Republicans Eric Ulrich, a Queens councilman, and Vincent Ignizio, a Staten Island councilman, that same year. 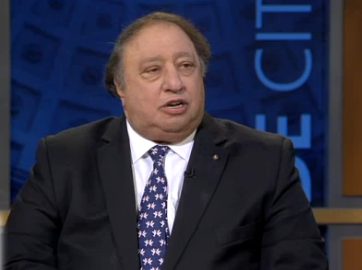