When former Mayor Ed Koch went to the hospital earlier this month after suffering a buildup of fluid in his lungs and ankles due to congestive heart disease, he was out after eight days. Mr. Koch returned to New York Presbyterian on Monday and, according to his spokesman George Arzt, though the mayor’s condition has improved, this latest trip to the hospital may be a longer one.

Mr. Koch’s readmission to the hospital was due to more fluid buildup around his lungs that was causing shortness of breath and, initially, made it difficult for him to speak. He has been hospitalized four times in the past five months for similar issues. Mr. Arzt said the mayor now “sounds much better” and “looks like he’s getting slightly better.”

“Today is the first time I’ve heard him really say something in a strong voice and I think it’ll be a while before he gets out,” Mr. Arzt said.

Last night, Koch, a documentary about the former mayor’s life, had a premiere screening at the Metropolitan Museum of Art with several top politicos in attendance. Mr. Arzt said Mr. Koch asked to be informed about the event and was disappointed he was unable to attend.

In addition to asking about the film, Mr. Koch also praised the hospital where he has been undergoing treatment.

“He said that, if you have to get sick, get sick in New York and come to Columbia Presbyterian,” Mr. Arzt told us. 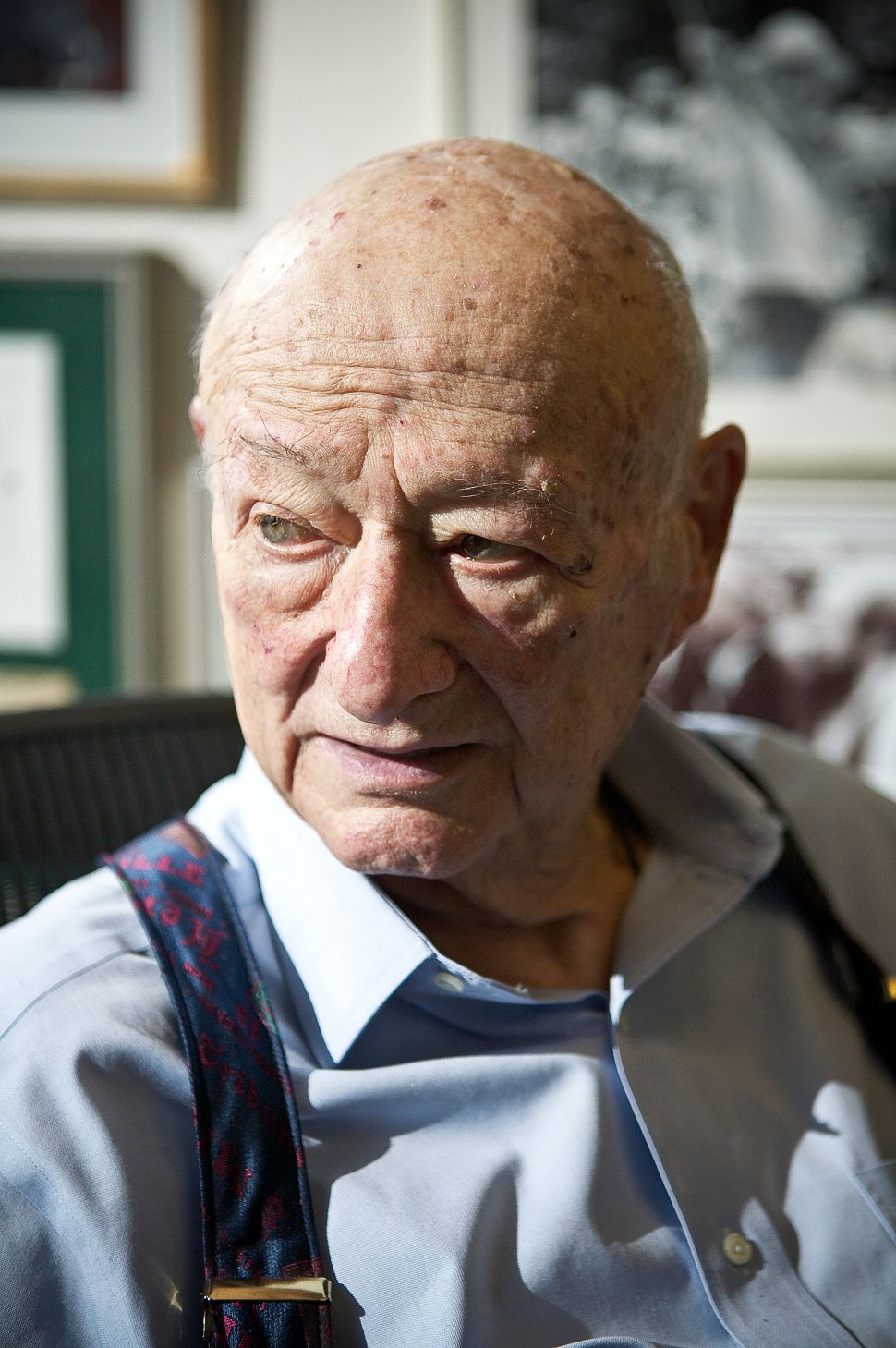