Sen. Frank Lautenberg (D-NJ) says Newark Mayor Cory Booker needs a “spanking,” according to a report in the Philadelphia Inquirer.

In Lautenberg’s first public comments since Booker announced his intention to seek a 2014 Senate seat, the senator likened the mayor to a “disrespectful” child.

“I have four children; I love each one of them,” Lautenberg told the Philadelphia Inquirer. “I can’t tell (you) that one of them wasn’t occasionally disrespectful, so I gave them a spanking and everything was OK.” 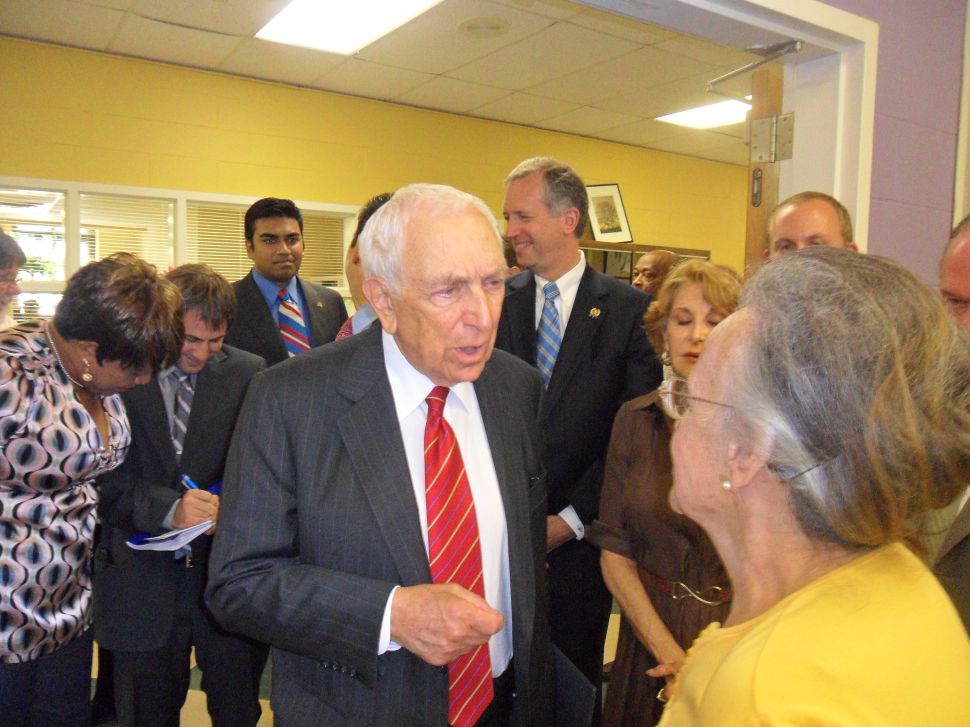