O’Toole, 48, of Cedar Grove will be seeking his third term in the Senate in November. Previously he served 12 years in the General Assembly.

“It has been my honor and privilege to serve the residents of the 40th District for 12 years. I look forward to seeking re-election with my running mates, so that we can continue to be advocates for the people of our district. Our state has been through some remarkable times recently and there is still much to do as we work to make New Jersey a more affordable place to live for all our residents,” said O’Toole.

The senator said the Christie Administration has made progress on reforms of independent commissions, curtailing health care costs for public employees, and creating jobs, but that more needs to be done.

“It’s been my pleasure to be a part of Governor Christie’s team that in the past four years has capped property tax increases, reformed pensions and health benefits for our public employees, reformed teacher tenure, and reduced state spending, all while increasing school aid in District 40.  All these accomplishments were made in an effort to make New Jersey a more affordable place to live,” said O’Toole.

Regarding the economy, O’Toole noted that: “Since Governor Christie came into office, the administration has created tens of thousands of new private sector jobs, but there is much more to be done. As a business owner myself, I know what it takes to run a business, create jobs and meet payroll. We have to create incentives for companies to come to New Jersey, and lower taxes on companies that are already in New Jersey, so they stay here. The resources and talent pool available to businesses in New Jersey are second to none; we must now create an economic environment for businesses to succeed and our residents to prosper,” added O’Toole.

Russo, a veteran of 23 years in the General Assembly, said he wants to continue addressing issues created by Hurricane Sandy in the district as well as the economy.

“Since first being elected to the Legislature, I have never forgotten what an honor it has been to represent my constituents here in the 40th District. Those same people are now suffering from the aftermath of Sandy and they need our help. Additionally, there are larger issues from the storm, such as dealing with the electrical utilities’ responses to power outages to ensure that people have their power rapidly restored,” said Russo, 59, a resident of Ridgewood.

Russo said he and his running mates are focused on ways to improve the state economy and create jobs. “There is a lot of concern about our economy, which was only worsened by the destruction of Hurricane Sandy. I look forward to working with Governor Christie to rebuild a stronger New Jersey.”

Rumana, 48, of Wayne, said during his next term in the Assembly he wants to continue to devote his energy to dealing with the flood concerns that plague the district.

“From the time I was sworn into the Assembly, it has been my privilege to serve the residents of District 40. In this next term, I will remain dedicated to working on a global solution  to flooding in the Passaic River Basin, one that minimizes the impact of  flooding on people’s lives and business, as well as the damage that flooding causes to our public infrastructure,” said Rumana, who has served four years in the Assembly.  “People should not have to live in constant fear of flooding; to me that is simply unacceptable.”

Rumana added that he is also working with the Lieutenant Governor’s Office on plans to reduce government red tape. “From the first day in office, Governor Christie and his administration realized there is no shortage of regulation in our state and all that regulation has stymied the growth of business. I am excited about working with this Governor and his team to do away with unnecessary and costly regulations.”

The District 40 team said they are looking forward to continued meetings with residents and local government officials across the district to listen to their concerns.

“The District 40 legislative team’s pledge to all of our constituents is that we will never tire of working nonstop to make our state a better place to live and raise our families. We have had the pleasure of working with all the elected officials from the 15 towns in District 40, as well as the various county and state officials in our four counties to meet the challenges of our district. There is still a lot ahead of us and Dave, Scott and I are working united to meet those challenges,” concluded O’Toole.

Senator O’Toole, Assemblymen Russo and Rumana are pleased to announce the support of the following officials for their re-election campaign: 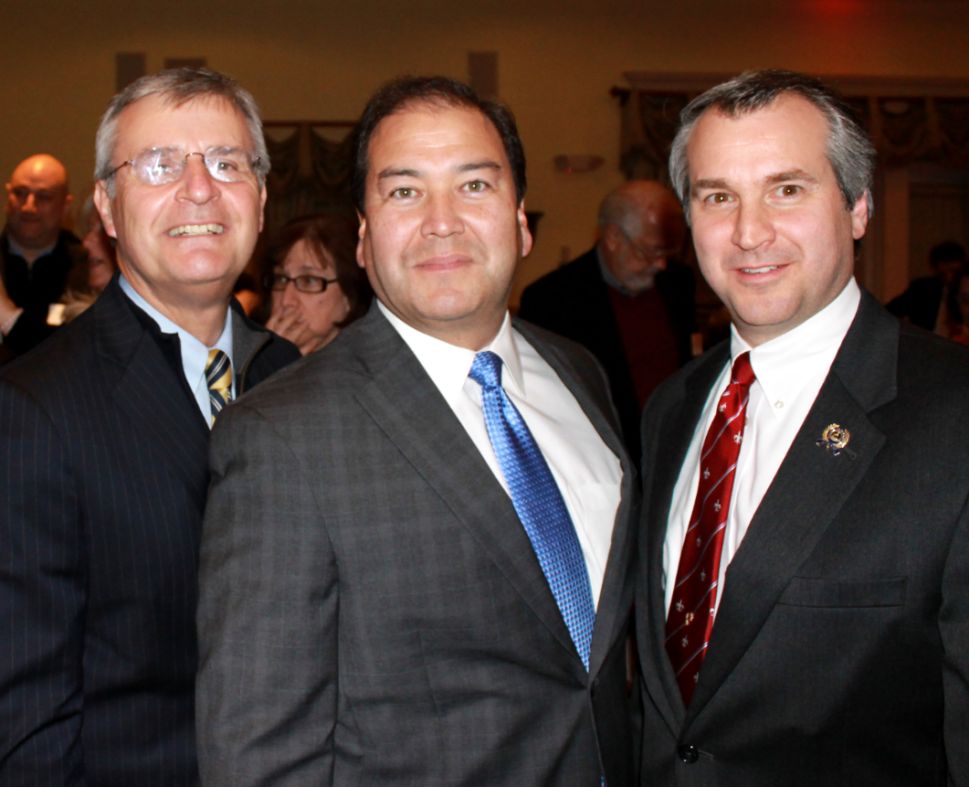