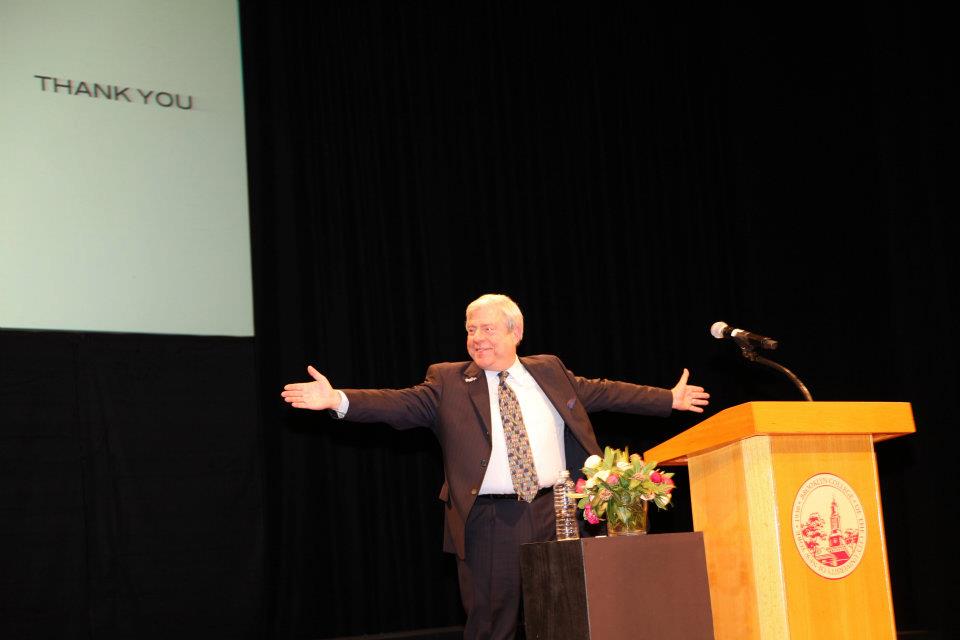 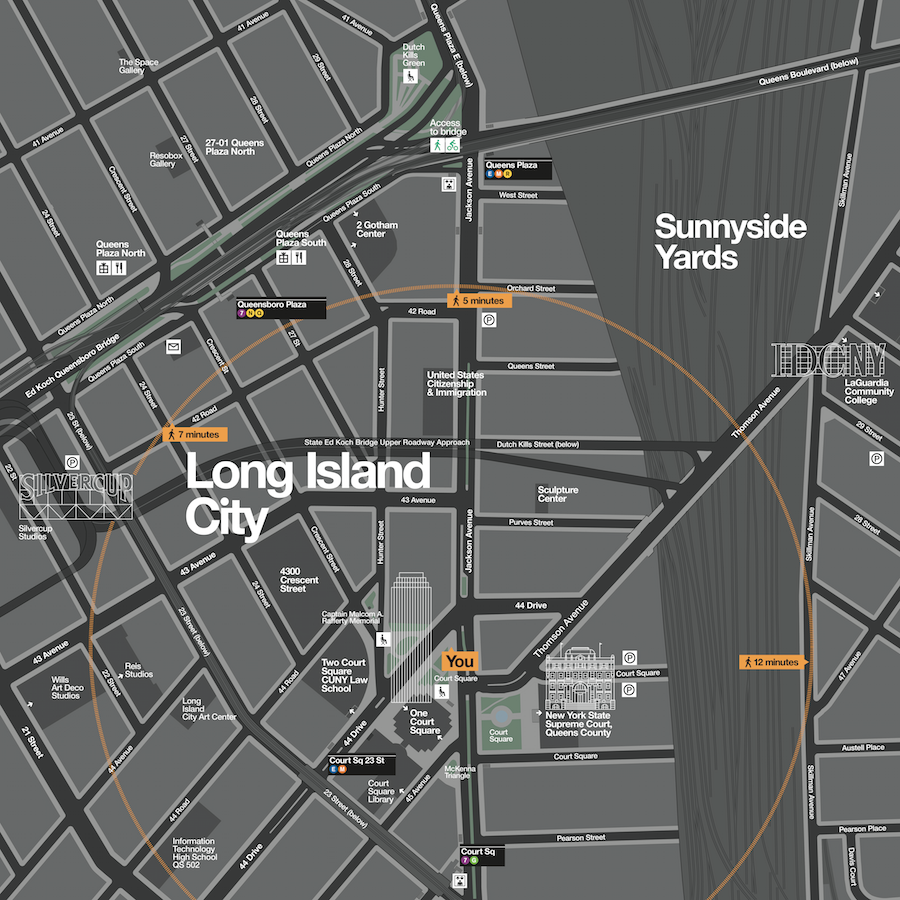 The first signs, 150 in all, will be installed in Midtown, Chinatown, Long Island City and Prospect Heights and Crown Heights.

Each sign has two maps, one of destinations and a smaller one of subway and bus routes. 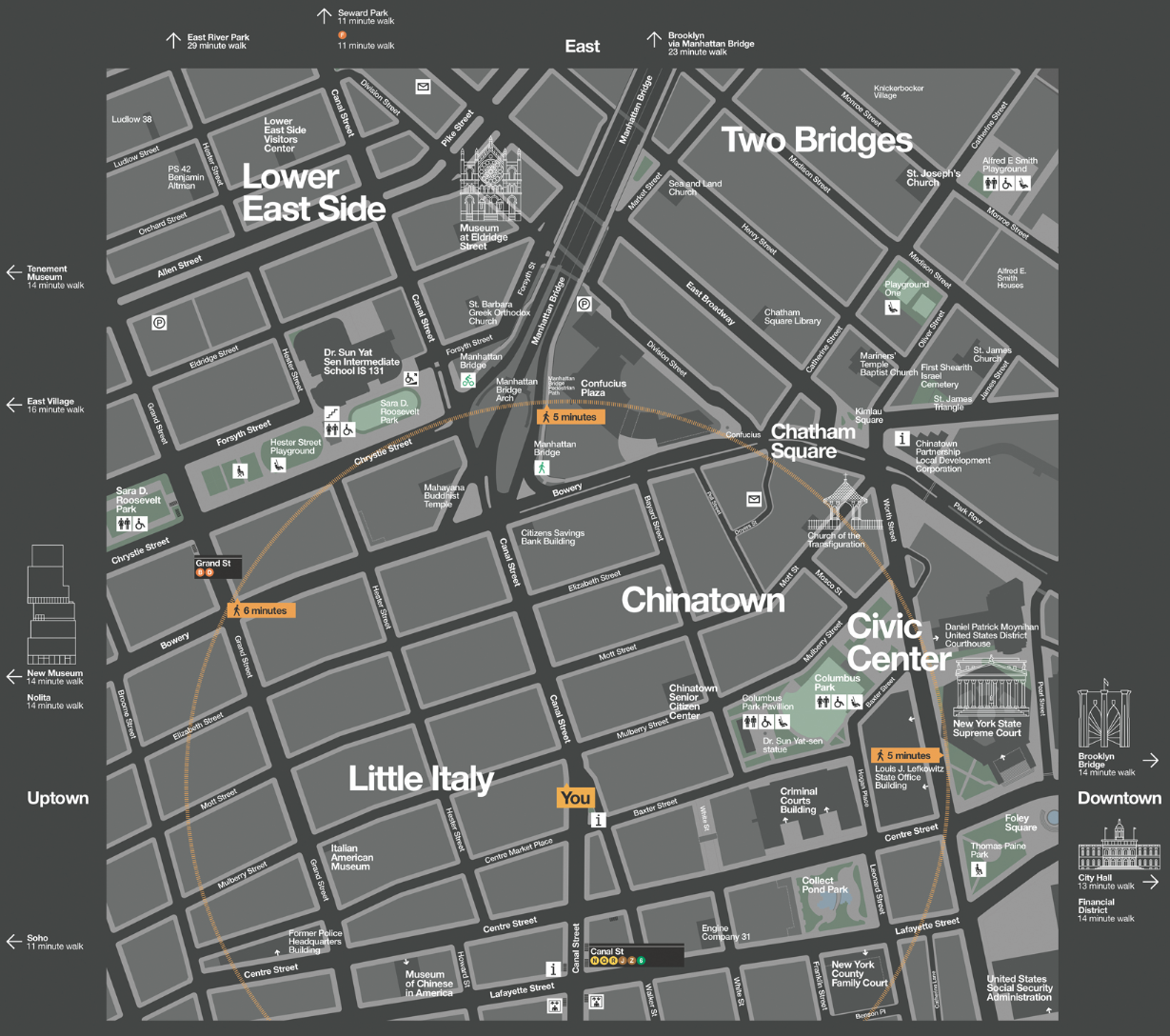 One of the innovations in the signs is they are arrayed in a "heads-up mapping" format, meaning north is not always up, but instead what is directly in front of the viewer.
Advertisement 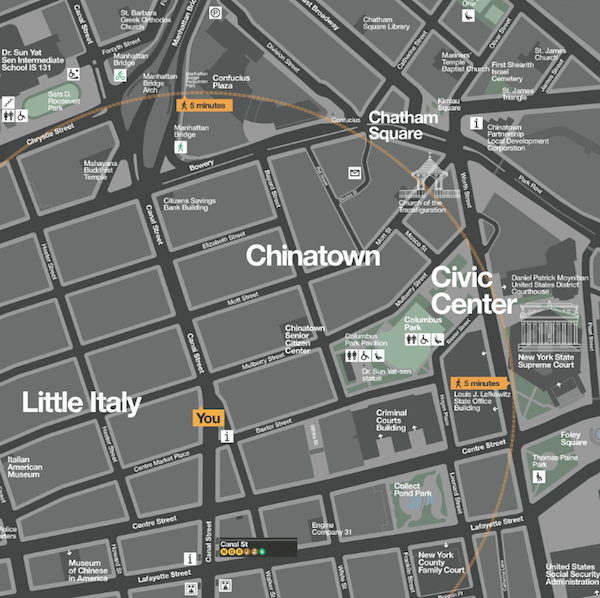 Among the landmarks downtown are local cultural and civic institutions and schools. 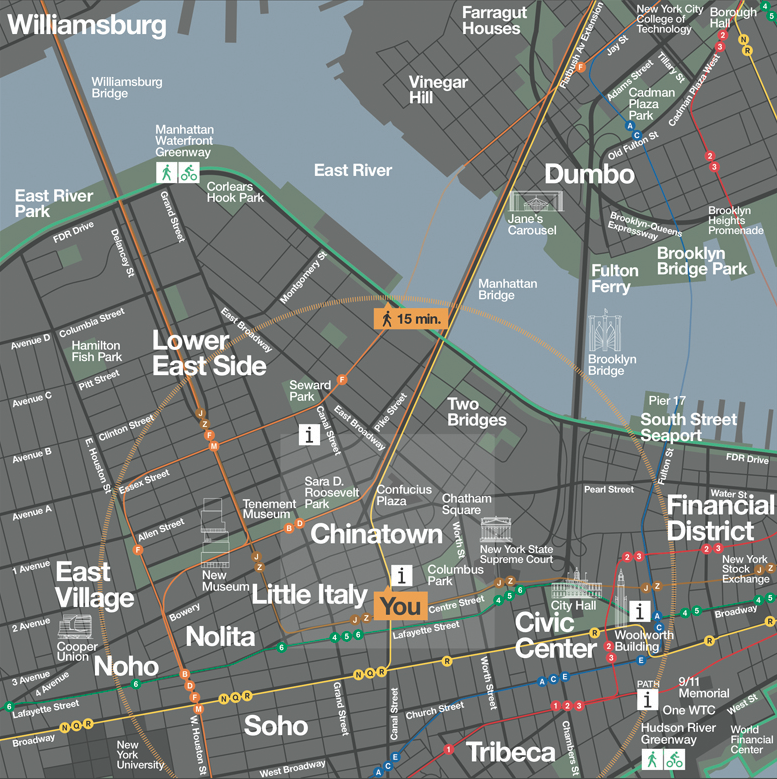 A detail of the Chinatown transit map. 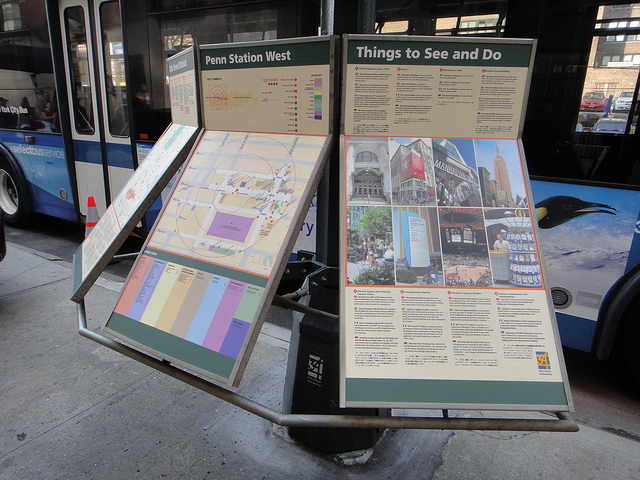 Part of the goal of the maps is to create a system for the entire city that replaces those build piecemeal by local business groups.
Advertisement 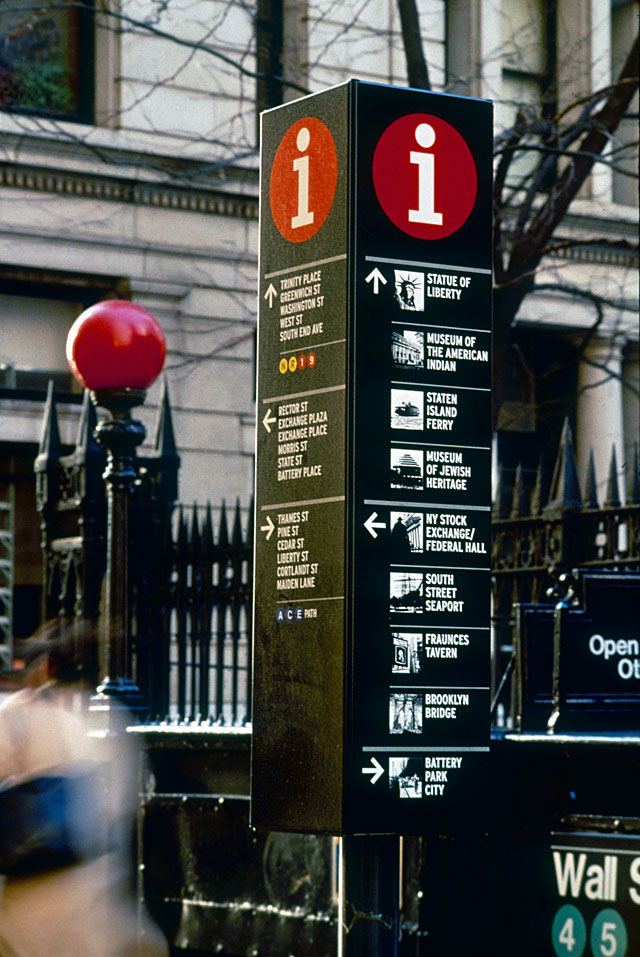 Some of these signs are better than others, but now they will all look the same. 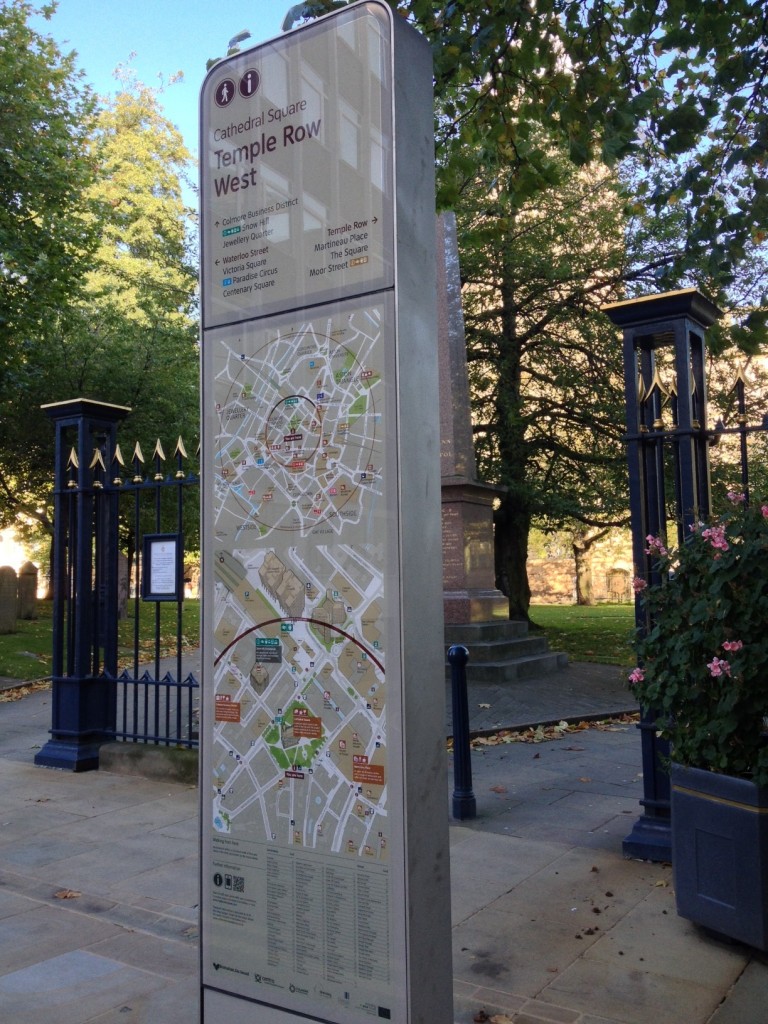 New York is not the first to have come up with the idea. London installed similar signs in 2006. 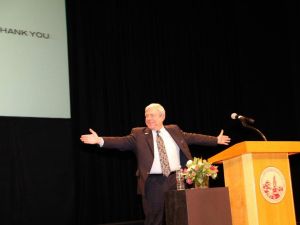 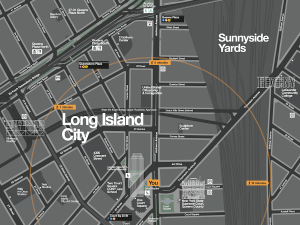 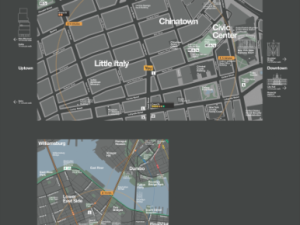 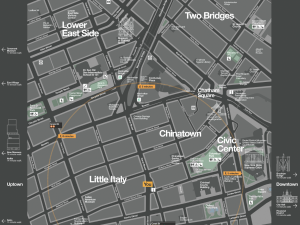 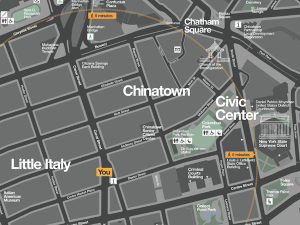 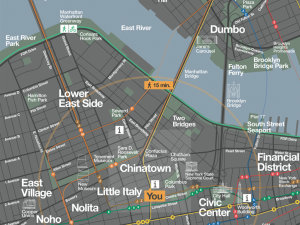 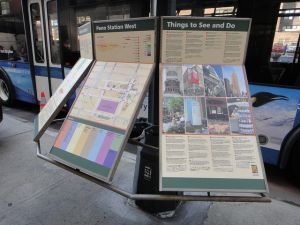 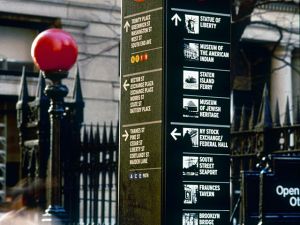 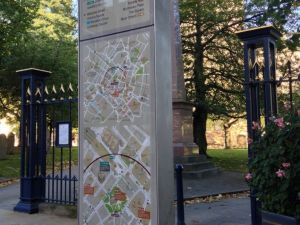 Ever get lost in the city before? Of course not! You’re a real New Yorker.

But according to the city’s Department of Transportation, one out of 10 of us gets lost every week based on department surveys. “And those one the ones who would admit it to us,” Transportation Commissioner Janette Sadik-Khan told The Observer. The department also found that one in three New Yorkers couldn’t say which was was north and one in four out-of-towners could not say which of the five boroughs they were in when asked.

To help with this confusion, the city will begin installing 150 wayfinding signs in four city neighborhoods starting in March. Midtown, Chinatown, Long Island City and Prospect Heights and Western Crown Heights will all be getting the new signs, which include major local landmarks and destination, all streets and estimated walking times, since the focus is on helping pedestrians get around town.

“Whether you’re a life-long New Yorker or a first-time visitor, everyone knows the feeling of walking out of a building or a subways station and being turned around, not knowing where you are,” Ms. Sadik-Khan said. “These maps will help everyone in the city get around.”

The signs will be located at high-traffic pedestrian locations, like business districts and subway stations. One of their keen innovations is that the signs are formatted in “heads-up mapping,” meaning that they are oriented the way a person is looking. Rather than putting north at the top, what is in front of map readers is at the top, what is behind them is at the bottom. The map on the other side of the new signs is therefore “upside down.”

Another interesting innovation is the maps are laser printed directly onto the glass. “Don’t you just hate those crinkly paper maps?” Ms. Sadik-Khan said. “This will never happen with ours.” But the ink can be wiped away and the glass reprinted as the map changes, allowing for easy updates without having to make a new map.

The city began seeking designers 18 months ago, with the winning bid coming from a consortium known as PentaCity, made up of graphic design studio Pentagram, map makers City ID and industrial designers Billings Jackson. This was actually the first project with Pentagram, launching a long-term relationship that has led to other projects already unveiled, like the LOOK safety campaign and new parking signs, with still more to come.

The project cost $6 million to develop, with 80 percent of that money coming from the federal Department of Transportation and much of the rest from local business improvement districts in the four neighborhoods, which have agreed to pay for, install and maintain the new signs. “These neighborhoods have a little bit of everything—premier business districts, residential neighborhoods, landmarks, cultural destinations,” Ms. Sadik-Khan said.

Many of these BIDs already have their own signs, but they are of inconsistent design and quality. “There’s a real cacophony of signage out there,” Ms. Sadik-Khan said. The goal was to unify all the wayfinding signage, including a new font called Helvetica DOT that Pentagram designed special for the department, a throwback to the same font gracing the subways.

The design program included creating a mapping system that will now allow additional maps to be printed by other BIDs in the city simply by calling up the appropriate blocks and printing them out, requiring only production costs be covered. A version of the maps will also be installed in all new bike share stations.

The signs will not only help people get around but also boost the local economy, the city believes. “Studies have shown people have a four-block mental map and this will help expand them,” Ms. Sadik-Khan said. “That’s good for business, that’s good for communities, that’s good for everybody. People will start to mix it up, exploring new neighborhoods and even new blocks in their old neighborhoods.”

“This will really wipe the confusion of where to go off the map.”