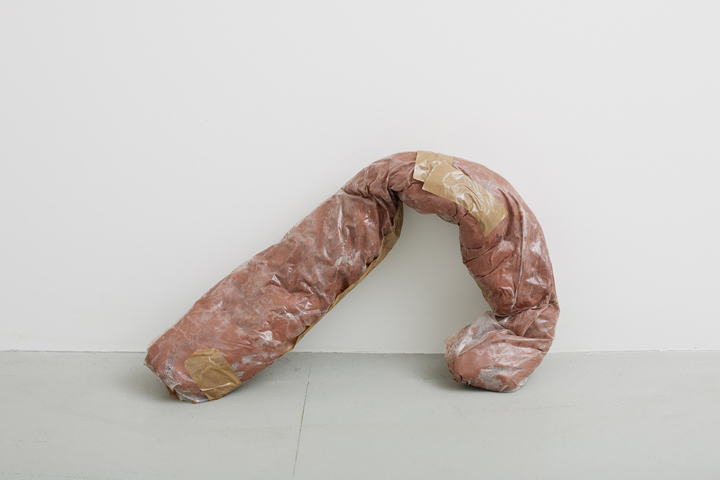 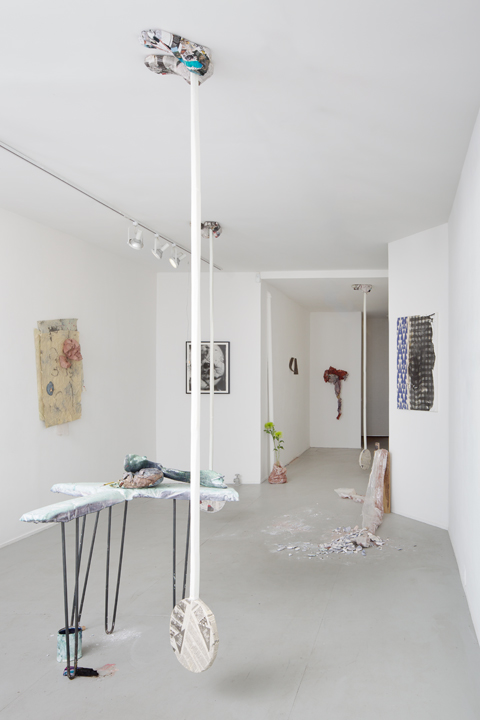 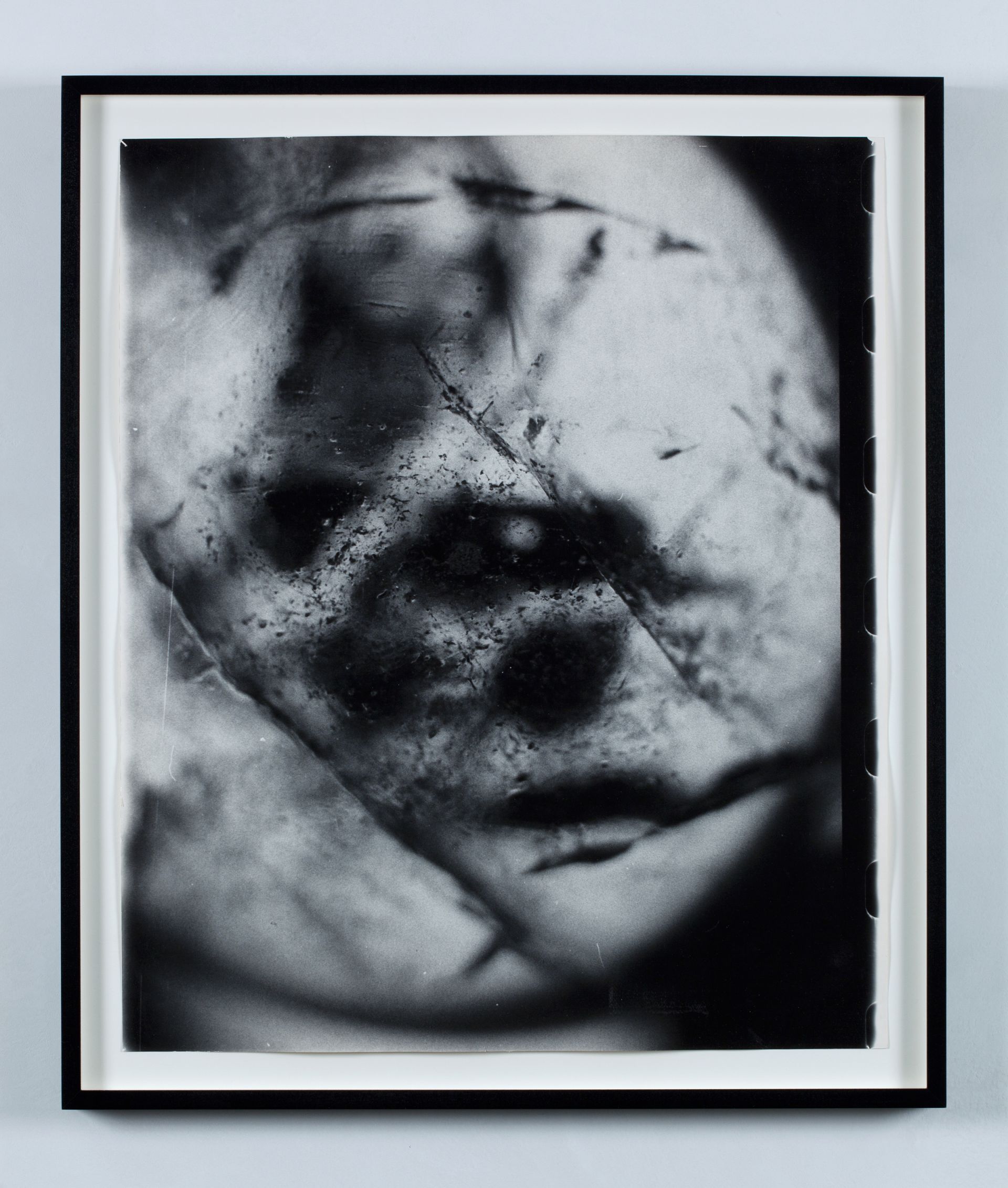 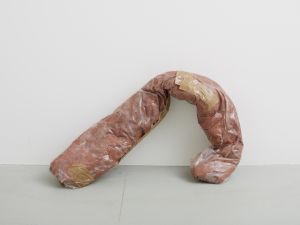 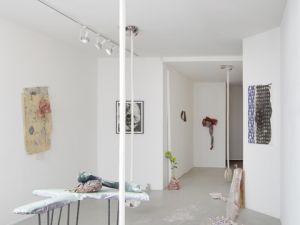 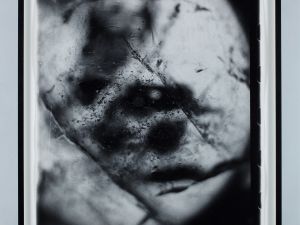 While time ticked away in Christian Marclay’s film The Clock (2010) at the Museum of Modern Art, it has been dripping away at Rachel Uffner Gallery, where two candles, hung from the ceiling by wires, slowly burn down and are then replaced. Jagged mounds of wax have accumulated beneath them.

These are collaborative sculptures by Lucas Knipscher and Win McCarthy, who have in common a handmade, borderline-goofball style—picture a scrappier, messier Mike Kelley. It yields piquant and poignant results in this three-person show, where the two young artists’ works are paired with photographs by the late, great German artist Sigmar Polke.

They have solo work here as well. Mr. Knipscher shows a series of hanging sculptures that resemble long, thin pendulums, which incorporate fabric, as well as slices of graying newspaper and magazine pages. Look up and you’ll see strange, cartoon-like feet mounted to the ceiling above them. It’s amusing to think of these timekeeping instruments, suggestive of bodies, as a cheeky allusion to the phrase “biological clock.”

Mr. McCarthy, the more freewheeling of the two young artists, presents a handful of sculptures made of wet red-brown clay, wrapped in tape. Limp Clay Lump (2013) looks like a hunk of filet mignon defrosting on a counter. Dirty Rose (2012) is a tall bouquet of plaster, concrete and paper with smoldering reds and pale violets. Another sculpture, Wet Pot w/ Grandma’s Funeral Flowers (2013), is just that, a meaty clay vase sprouting spider mums.

Bringing in a heavy hitter like Polke is a gutsy move—it could easily have smacked of pretension and overconfidence. Instead it works brilliantly. Two photographs by him, from 1986 and 1990, are, respectively, a multiple-exposure print of a close-up of a barnacle-covered mineral and a close-up of a well-worn crystal ball. Destruction, Polke’s photos declare, can be a generative process. And so it’s a thrill to find along one wall a pile of rubble that evokes the aftermath of an art disaster—a sculpture smashed to smithereens. Two bands of plastic are stretched onto the floor and almost seem to be sweeping up the dust and fragments into something new. It’s a piece by Mr. McCarthy, who has titled it Things Are Coming Together (2012). (Through March 3, 2013)