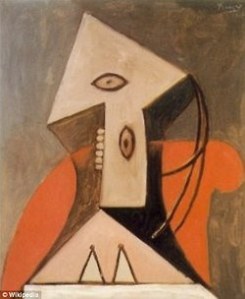 The painting in question. (Courtesy Wikipedia)

The Houston, Texas, man accused of spray -painting Pablo Picasso’s Woman in a Red Armchair (1929) at the Menil Collection has said that he never intended to harm the painting.

The judge hearing his case was unsympathetic to the argument (at least partially because the man has granted interviews in which he has admitted to being the one behind the vandalism). Anyway, now he’s a flight risk.

More details via the AP.