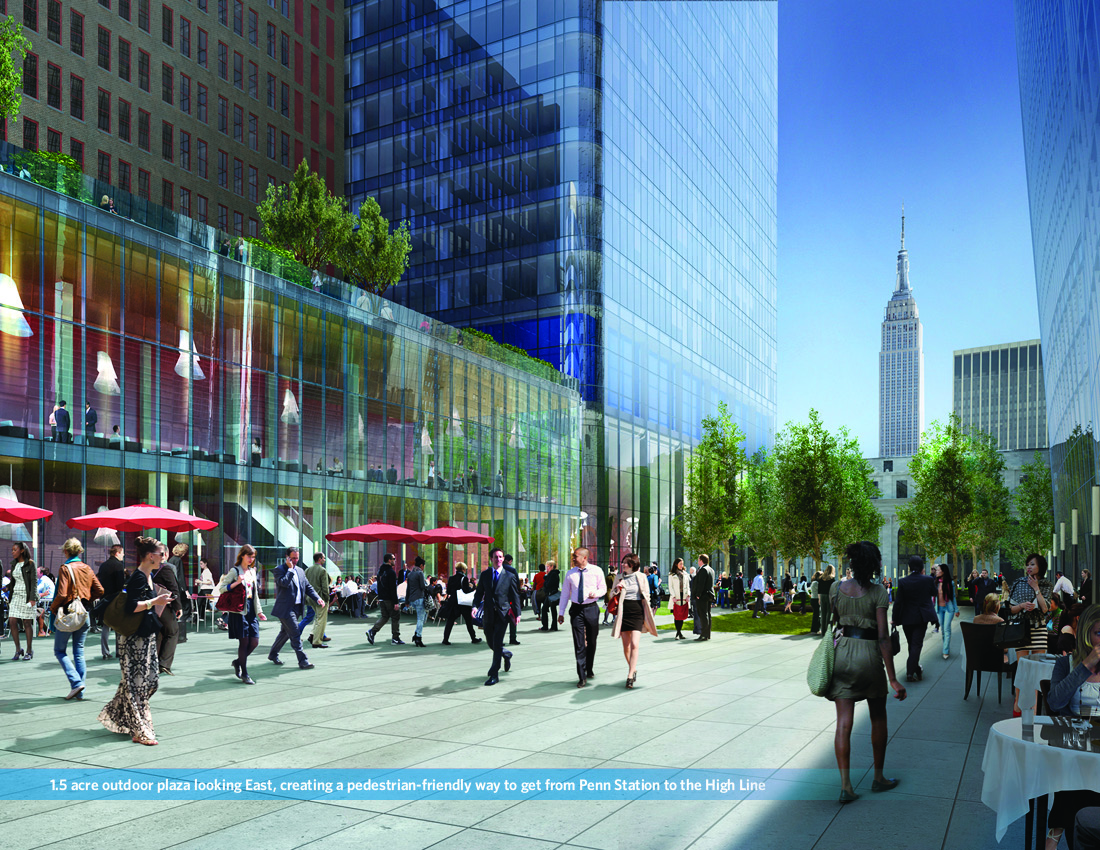 There's a mall, and open views up 34th Street.
mchabanobserver 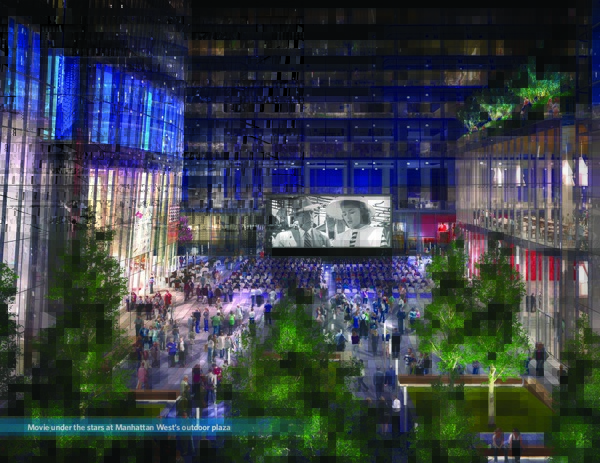 Crowds gather for a film in the 1.5-acre open space.
mchabanobserver 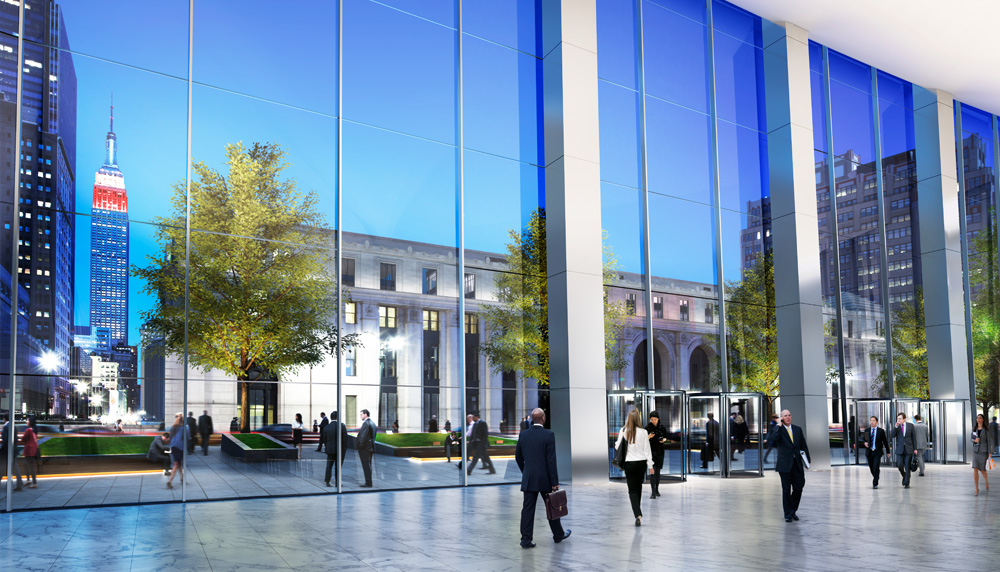 A view from the lobby of one office tower to the Farley Post Office (someday Moynihan Station) across Ninth Avenue.
mchabanobserver 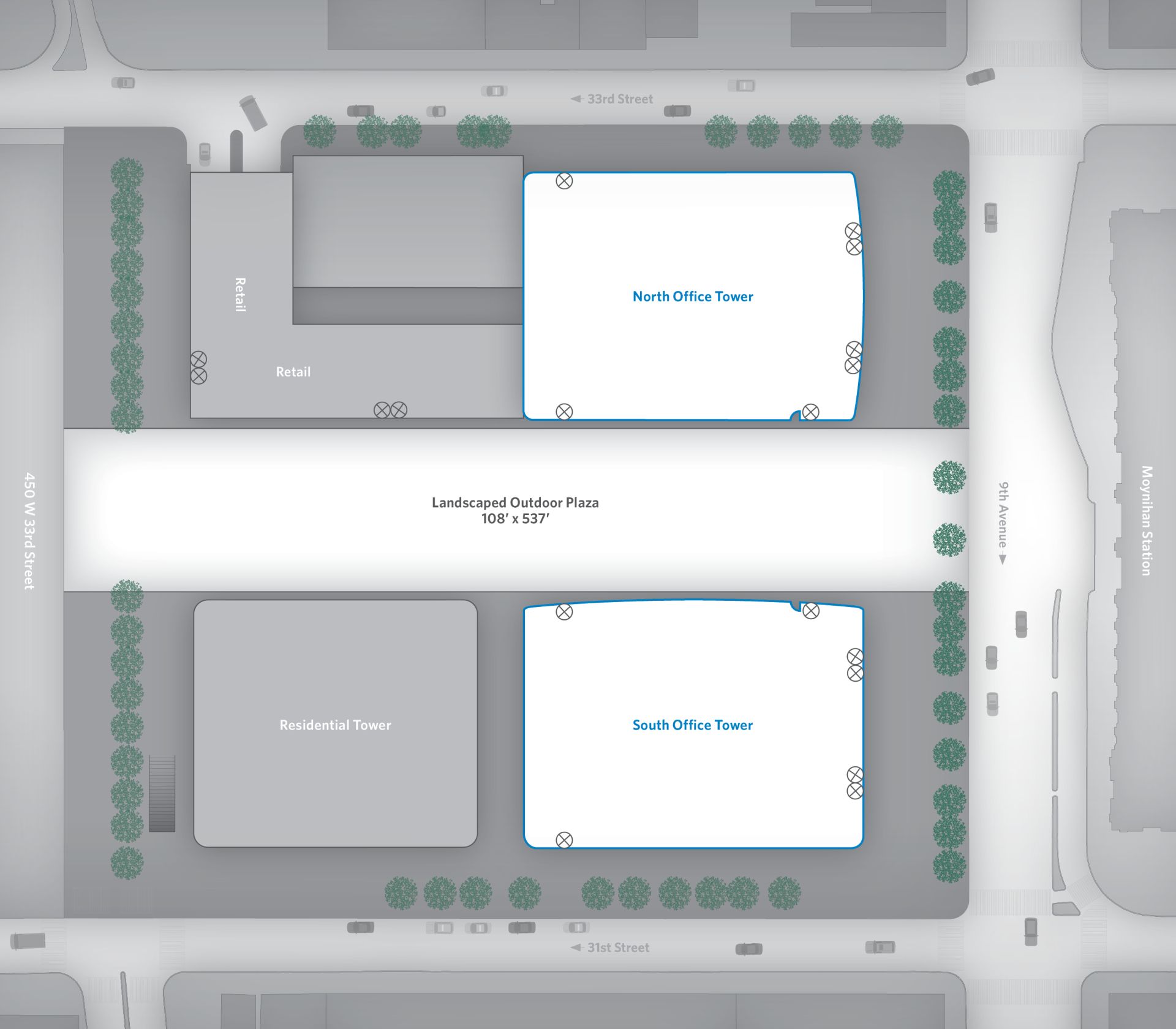 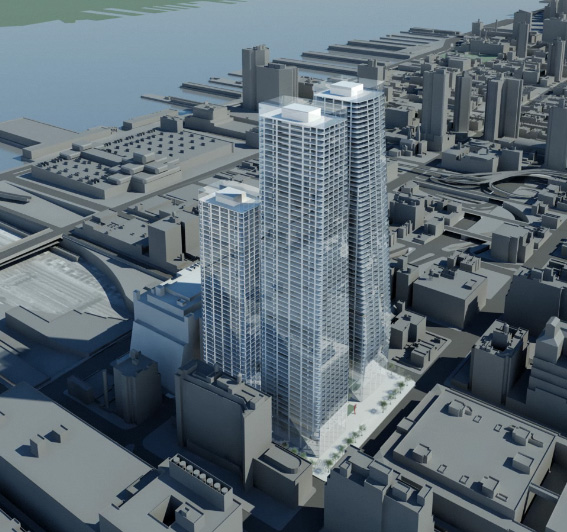 An earlier rendering shows the third tower that will house luxury apartments.
mchabanobserver 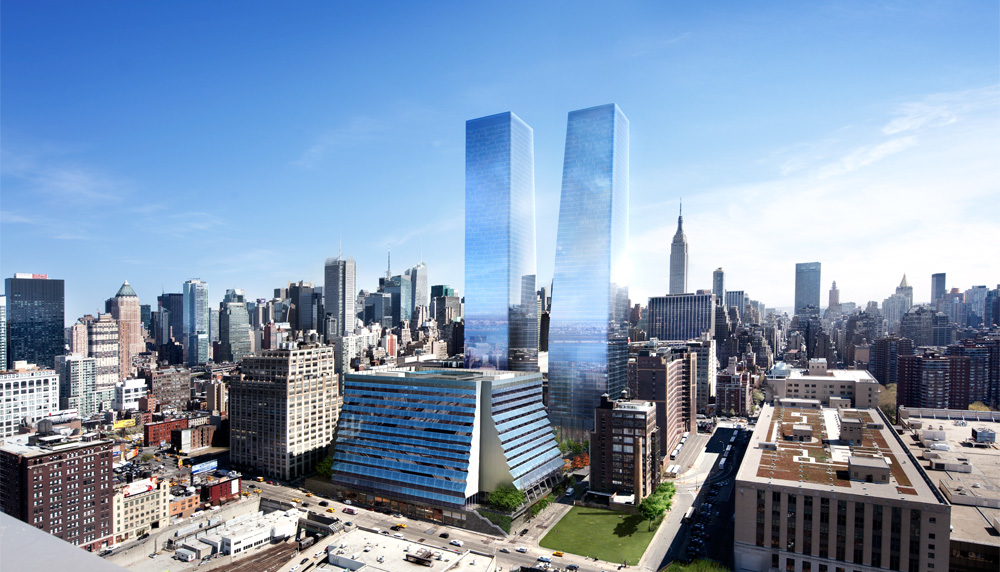 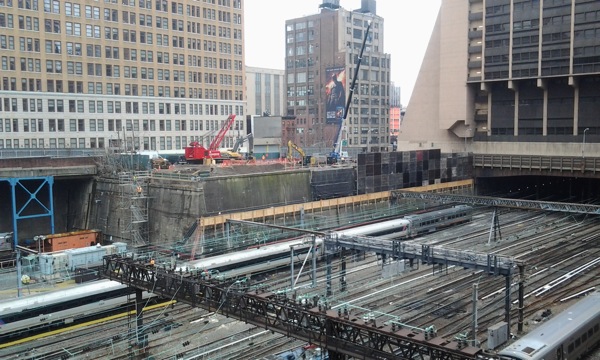 Across the tracks, work continues on the residential tower.
mchabanobserver
Advertisement 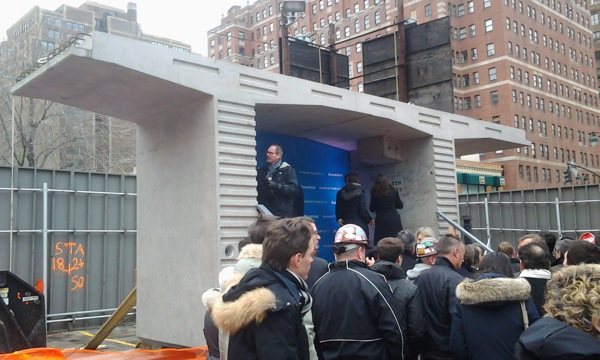 A special concrete bridge will be assembled over the rail yards to create the new platform.
mchabanobserver 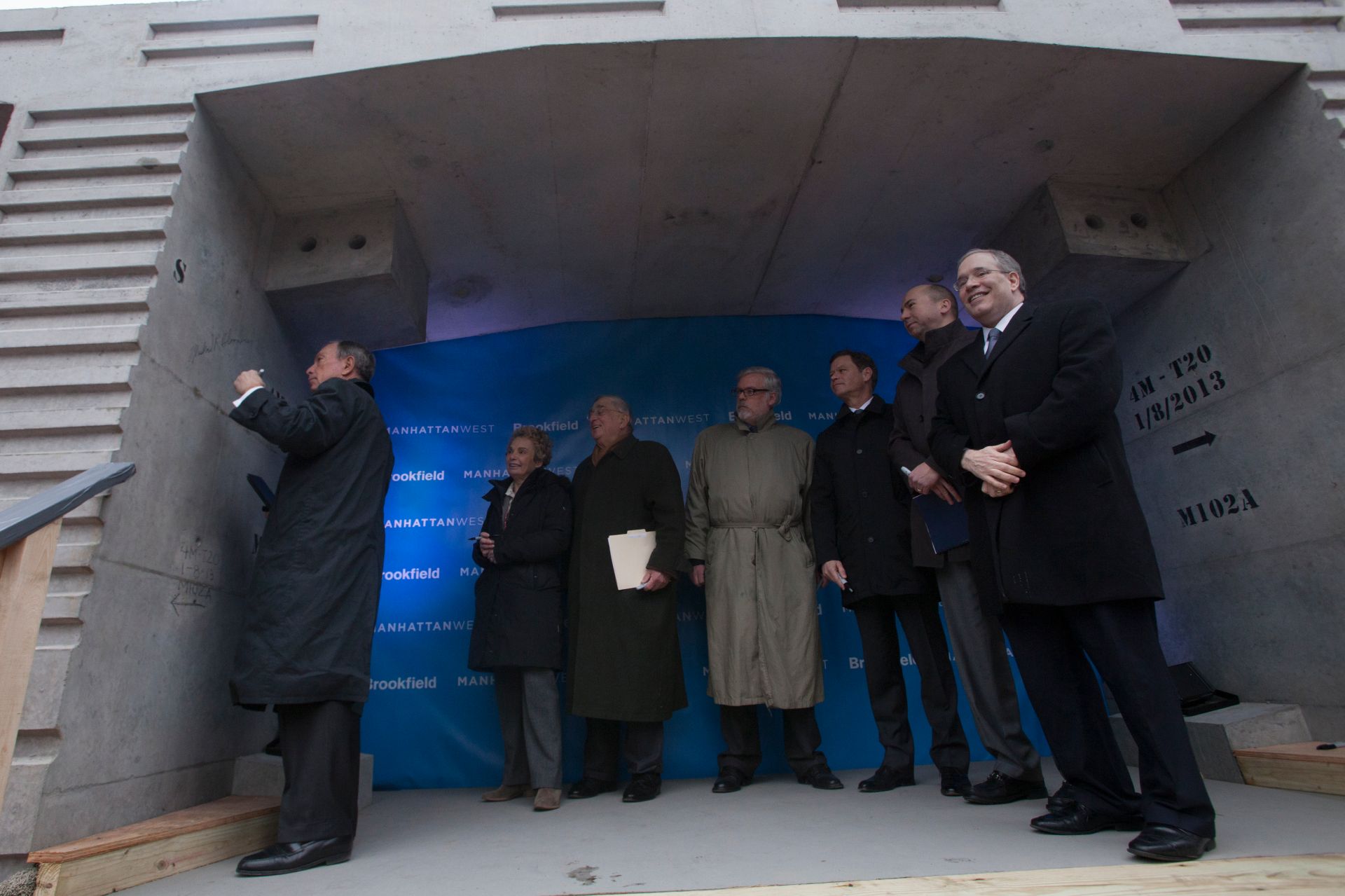 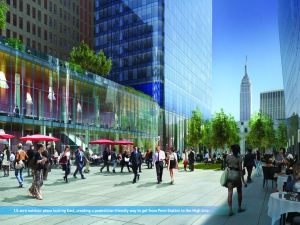 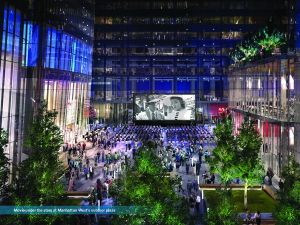 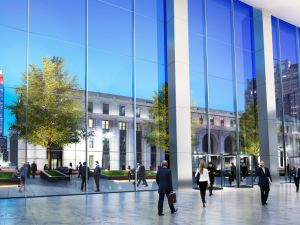 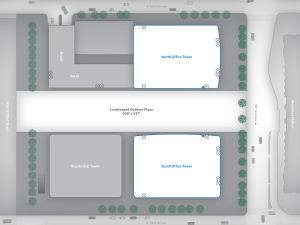 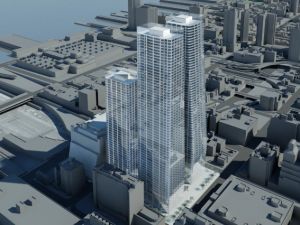 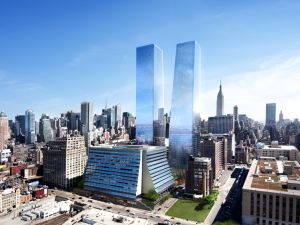 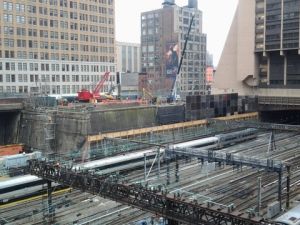 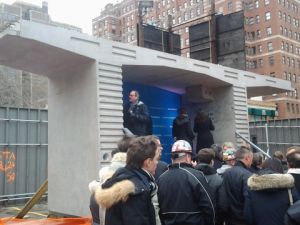 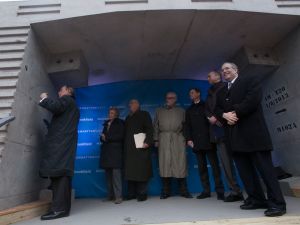 For the second time in as many months, Mayor Michael Bloomberg trekked out the Far West Side for a groundbreaking on a major new development built over a set of railroad tracks. While Brookfield’s Manhattan West is not quite as big as The Related Company’s Hudson Yards, in its size and scale and heft and sheer exclamation of the arrival of this once derelict corner of the city, the project measures up pound for pound. Some 5.4 million square feet of offices and housing and shopping on not much more than one city block.

“With today’s groundbreaking, we’re taking a major step forward in the transformation and rebirth of the Far West Side of Manhattan,” Mayor Michael Bloomberg said from the podium at the corner of 33rd Street and Ninth Avenue.

Behind him stood the Farley Post Office, some day to become a grand new entrance for Penn Station. In front of him, earth movers had already begun tearing up this former parking lot, making way for one of the project’s two 60-story office towers. Directly across the tracks below, on 31st Street, construction workers had not even stopped for the groundbreaking ceremony as they prepped the southwest corner for a residential tower that will rise there. All three towers and a large retail building on the northwest corner are being designed by Ken Lewis and SOM.

Ric Clark, Brookfield’s Chief Executive, told The Observer after the ceremony that the project had actually been ready to move forward last year, but the market felt better now, particularly for the inclusion of apartments. “We weren’t sure if we would be building one tower at first, or two, but as things progressed, it just made more sense, in terms of economic and market conditions,” Mr. Clark said. He had on a long navy overcoat to stave off the cold of the winter morning groundbreaking.

Brookfield has actually controlled most of the parcel since the 1980s, but in the middle of last decade, it acquired the piece Mr. Clark was standing on, at the northeast corner of the site. This unlocked the next important piece of the project, which was determining to build to construct any buildings along the edges of the site. That way, the foundations and cores could be built over terra firma, with only a small section of each building cantilevering out over the train yard below.

In 2009, Brookfield hit upon using a concrete bridging technology that would allow it to deck over the tracks without having to build a huge steel structure reaching down to the yard, holding up what will eventually become the 1.5-acre public plaza at the development’s core. Instead, this bridge will be suspended across the 5-acre site.

The final piece was acquiring a 75 percent stake in 450 West 33rd Street, the massive pyramid-with-its-top-shorn-off tower that was the former home of the Daily News and occupied the block front on 10th Avenue. Brookfield is currently redeveloping the property, with architecture firm REX redesigning the structure.

The developer is still working on finding an anchor tenant before the tower will rise, but until then foundation work will move forward, and numerous tenants are said to be interested.

Correction 1/16: An earlier version of this post stated that 450 West 33rd Street was located on 11th Avenue, not 10th Avenue. The Observer regrets the error.