After Governor Andrew Cuomo issued his annual State of the State address today, Mayor Michael Bloomberg and City Council Speaker Christine Quinn both released statements reacting to the remarks. Mayor Bloomberg was understandably pleased with the governor’s focus on strengthening gun control laws, which has been a pet issue for hizzoner.

“Governor Cuomo laid out a strong agenda in many areas for the year ahead, which will build on the progress he has led over the past two years. I was particularly struck by his passionate leadership on gun violence,” the mayor said. “New York State has led the nation with strong, common-sense gun laws, and the Governor’s new proposals will build on that tradition. They will help law enforcement keep guns out of the hands of criminals and other dangerous people and save lives. We strongly support his proposals to close loopholes and strengthen existing laws, and we look forward to working with him and the State Legislature to adopt them.”

Ms. Quinn gave a thumb’s up to the governor’s gun control plans as well as a whole host of his other proposals.

“Today’s proposals are smart, forward thinking ideas and I applaud Governor Cuomo for his tireless advocacy on behalf of all New Yorkers,” she said.

Ms. Quinn praised the governor’s push for an early voting system, call to raise the minimum wage to $8.75, plans for improving infrastructure to prevent flood damage like that seen during Hurricane Sandy and his proposal for full-day pre-kindergarten and community schools in poverty-stricken areas. However, Ms. Quinn was most complimentary about the governor’s push to pass a Women’s Equality Act.

“Governor Cuomo was a key partner in the fight for marriage equality in New York State and I look forward to joining him as we fight for equality for all women: access to reproductive health care, justice for victims of domestic violence and sex trafficking, and economic justice for women,” said Ms. Quinn. “The City Council has worked for years on many of these issues, but we need state support to move forward.”

Ms. Quinn wrapped up her statement by saying she expects that, together with the governor, “we can make our City and State a better, and more fair place for all New Yorkers, and pave the way for meaningful and lasting change.” 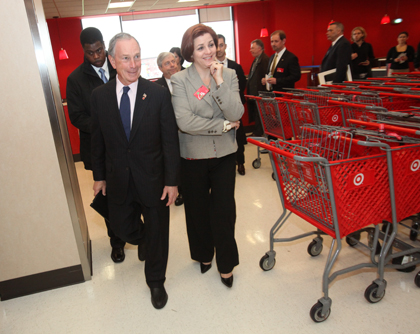