On Monday, New York Magazine published a profile of Council Speaker and likely mayoral candidate Christine Quinn that contained a quote from Mayor Michael Bloomberg that got a great deal off attention. According to Jonathan Van Meter, who wrote the story, while at a Christmas party, Mayor Bloomberg “gestured toward a woman in a very tight floor-length gown” and said,  “Look at the ass on her.” Politicker asked the mayor about the comment at a press conference this morning announcing new measures to eliminate a backlog of maintenance claims in New York City’s public housing system.

“I never said it and I don’t know where it came from, next question,” the mayor replied tersely.

After the piece in New York Magazine, Gawker published a report reviewing past allegations of “sexist remarks” by mayor Bloomberg that surfaced prior to his tenure in City Hall through lawsuits against his company, Bloomberg LP, in the late 1990’s and a 2001 New York Times story. We pressed the point and asked the mayor whether he rejected the characterization of the quote as part of a pattern of sexist remarks.

“OK, you can write anything you want,” Mayor Bloomberg said. “Don’t be ridiculous, that’s an outrage for you to say that.”

The New York Magazine article also included Ms. Quinn saying the mayor “likes me in high heels” and often teases her about the color of her hair. At today’s press conference another reporter asked the mayor about why he acts as the “fashion police” for Ms. Quinn.

“When we have conversations we joke about it, there’s nothing wrong with that,” said Mayor Bloomberg. “Chris Quinn is someone who’s really done a lot for this city. I’ve been a big supporter of hers, as you know, and I think that she represents this city very well.” 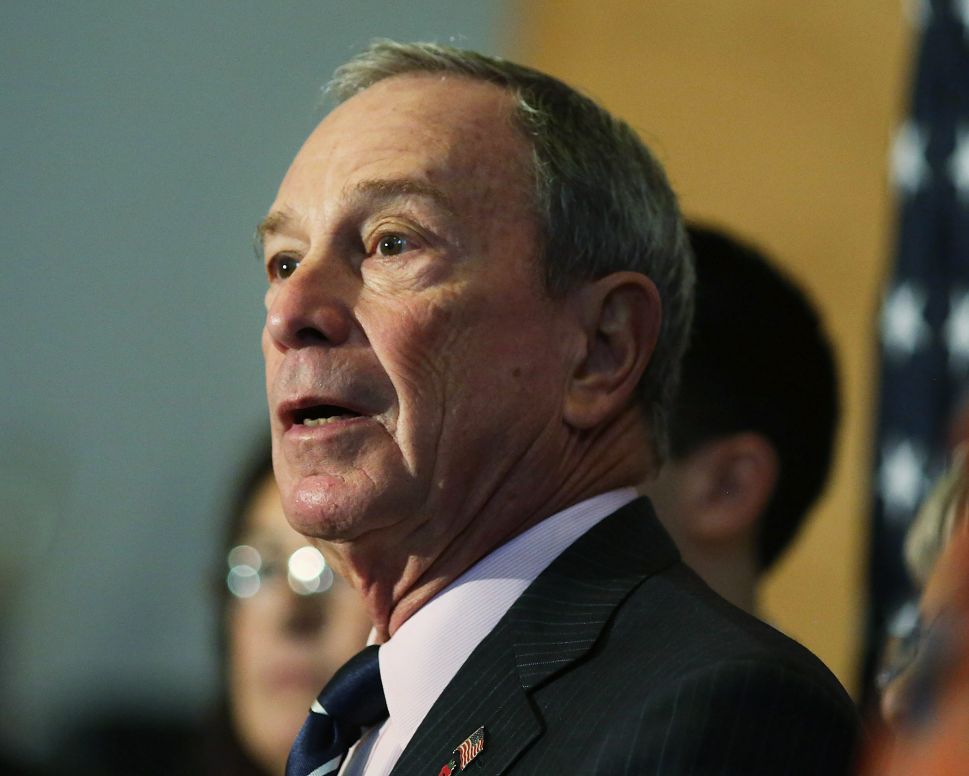