“I am pleased that over 40 municipal leaders will join me in supporting the candidacy of Barbara Buono as the next Governor of New Jersey,” Gopal said. “She has the guts, the independence, the courage and the will to take on Chris Christie toe to toe on every single issue. As the 4th largest county in the state with over 100,000 registered Democrats, we look forward to aggressively supporting Senator Buono for Governor. This past election cycle, we defeated eight Republican incumbents here in Monmouth County and not a single Democrat was defeated anywhere in the county. We look forward to building on that this November with Barbara Buono at the top of the ticket.”

“As a candidate on the ballot this November in a competitive re-election, I look forward to campaigning alongside Barbara Buono. She is gutsy, progressive on social issues and as Budget Chair, she cut nearly $5 billion but still prioritized spending for public education and healthcare,” said Red Bank Councilwoman Kathy Horgan.

“Over the past several years, I have had the privilege of getting to know Senator Buono on a personal level, and in speaking with others about the Senator, there is one word that I have consistently used – genuine – a trait that can sometimes seem tragically rare in our nation’s highest offices. I am deeply confident that the more that our state’s voters get to know her history and what she has been fighting for her entire career – from a progressive education policy to women’s economic empowerment to critical measures against bigotry – the more that they will see what I and others have had the privilege of seeing first-hand,” said Sami H. Elmansoury, a New Jersey small business owner and active Monmouth County Democrat residing in Marlboro.

“Senator Barbara Buono is someone who came up from modest means to become a State Senator – worked three full-time jobs to put herself through college, sometimes not knowing where her next meal would come from. She graduated from law school and chose to became a public defender instead of a corporate attorney. Her struggle and her deeply-rooted values connect with working-class residents across Asbury Park,” said Asbury Park Democratic Party Municipal Chairman Joe Grillo

“Barbara Buono provides a unique and clear contrast to Chris Christie. I look forward to watching her take him on in the debates and represent what the Democratic Party stands for,” said Hazlet Township Mayor Joe Belasco. 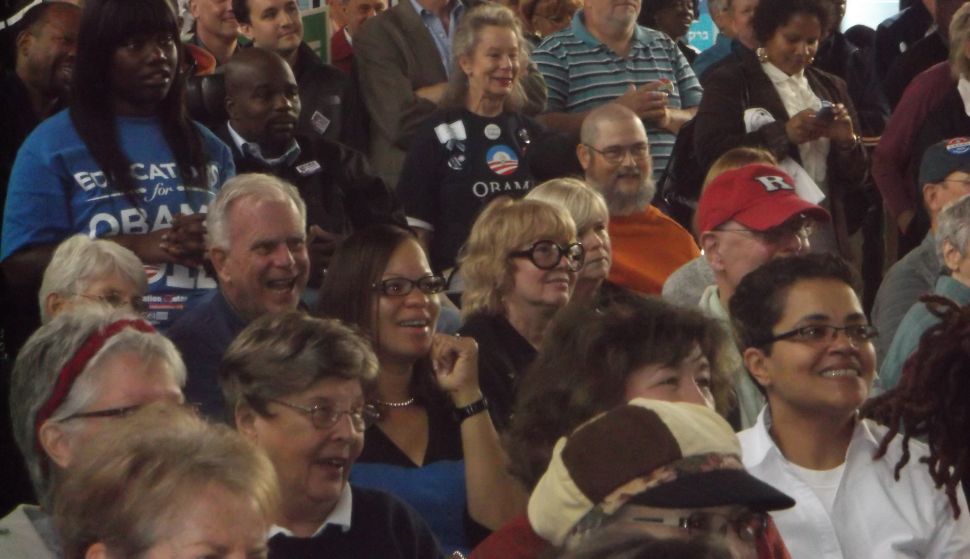