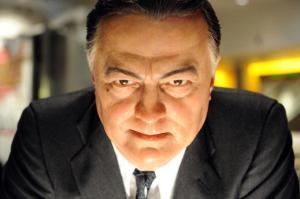 Ken Johnson reviews “Louis C. Tiffany and the Art of Devotion” at the Museum of Biblical Art. [NYT]

Though Staten Island’s shores suffered major damage during Sandy, a $500 million plan to build an outlet mall and hotel complex—including the world’s latest Ferris wheel—in an area on the island that is partially in a flood zone is going forward. [AP/New York Post]

New research suggests that an “ornate gourd” owned by an Italian family does indeed contain bloodstains of the decapitated French monarch Louis XVI. [Times of India]

Robert Morris talks about the legacy of the Judson Dance Theater, 50 years later, asking, “Has a certain mythical ethos come to color those innocent evenings?” [Artforum]

Kanye West is designing the album cover for Lil Wayne’s forthcoming album, I Am Not a Human Being II. [Fact]