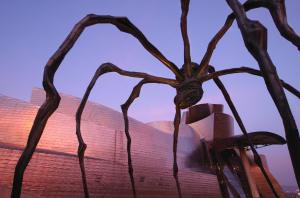 Michael Kimmelman pummels Norman Foster’s plans to redesign the New York Public Library on 42nd West Street. He writes, “They aren’t worthy of him. After more than four years, this hardly seems the best he can do. The designs have all the elegance and distinction of a suburban mall.” [NYT]

NPR explores the cultural past of Aleppo, Syria, which has become a focal point of fighting in the ongoing civil war in the nation. [Morning Edition/NPR]

The cultural heritage of Naples is in an “increasingly dire state of conservation.” [The Art Newspaper]

“Albrecht Durer’s woodcut titled ‘The Rhinoceros’ set an auction record for the German Renaissance artist with a purchase price of $866,500 at Christie’s in New York yesterday.” [Bloomberg]

Bill Wyman used to hang out with Marc Chagall and stuff. [The Independent]